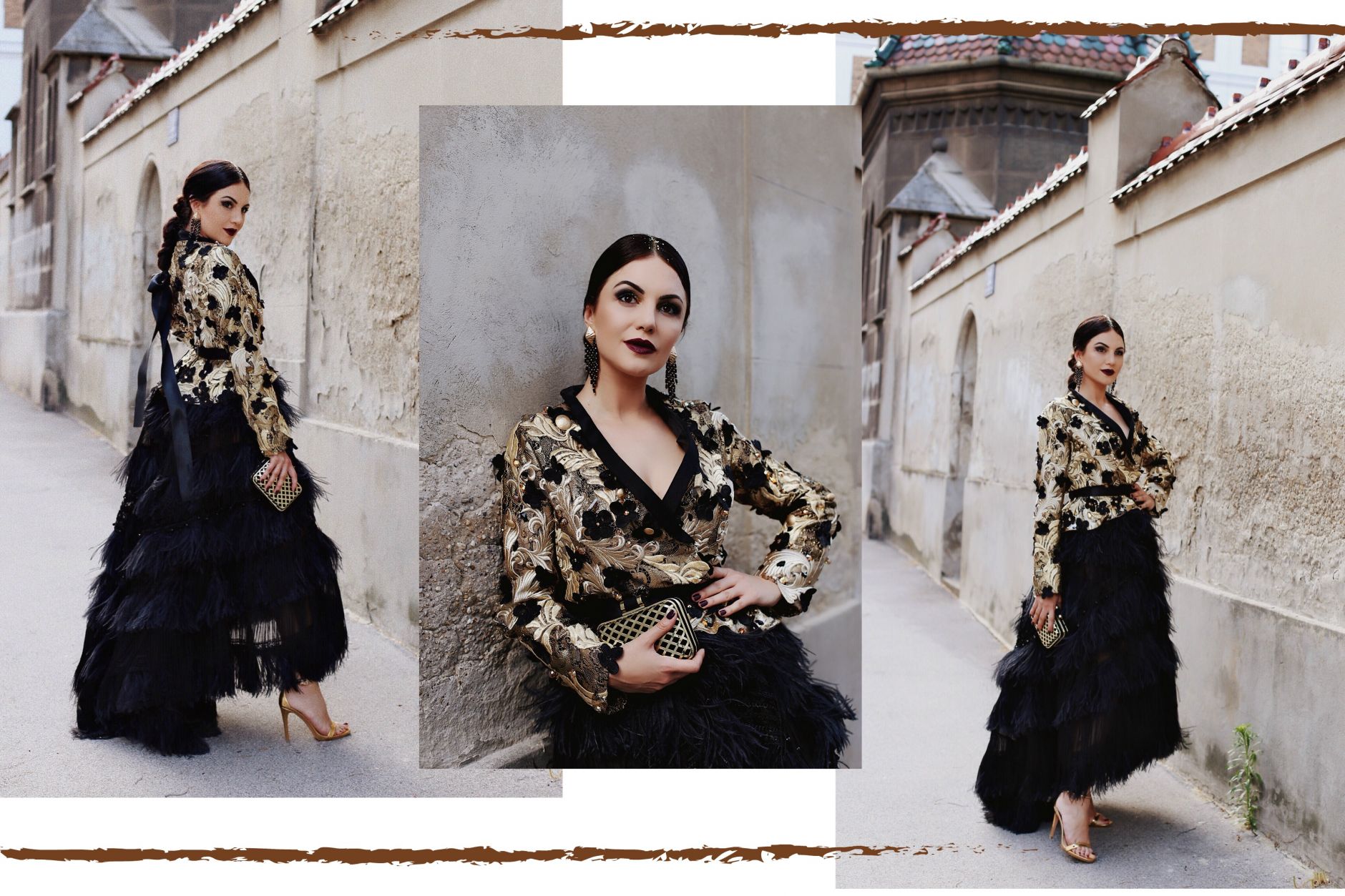 For the 25th Life Ball anniversary and its homage to the musical film “The Sound of Music”, this year’s Life Ball had a breathtaking stage in red-white-red placed in front of the City Hall of Vienna, designed with oversized alpine meadows and mountains of Salzburg, as well as details inspired by Edelweiss and traditional costumes.

An idyllic view that transformed the stage like a surreal world celebrated with the most beautiful sounds. Throughout the evening Conchita Wurst performed as Maria von Trapp with wonderful musical tones. As promised, I want to tell you here everything about the Life Ball evening and presenting L’OR as ‘taste ambassador’. 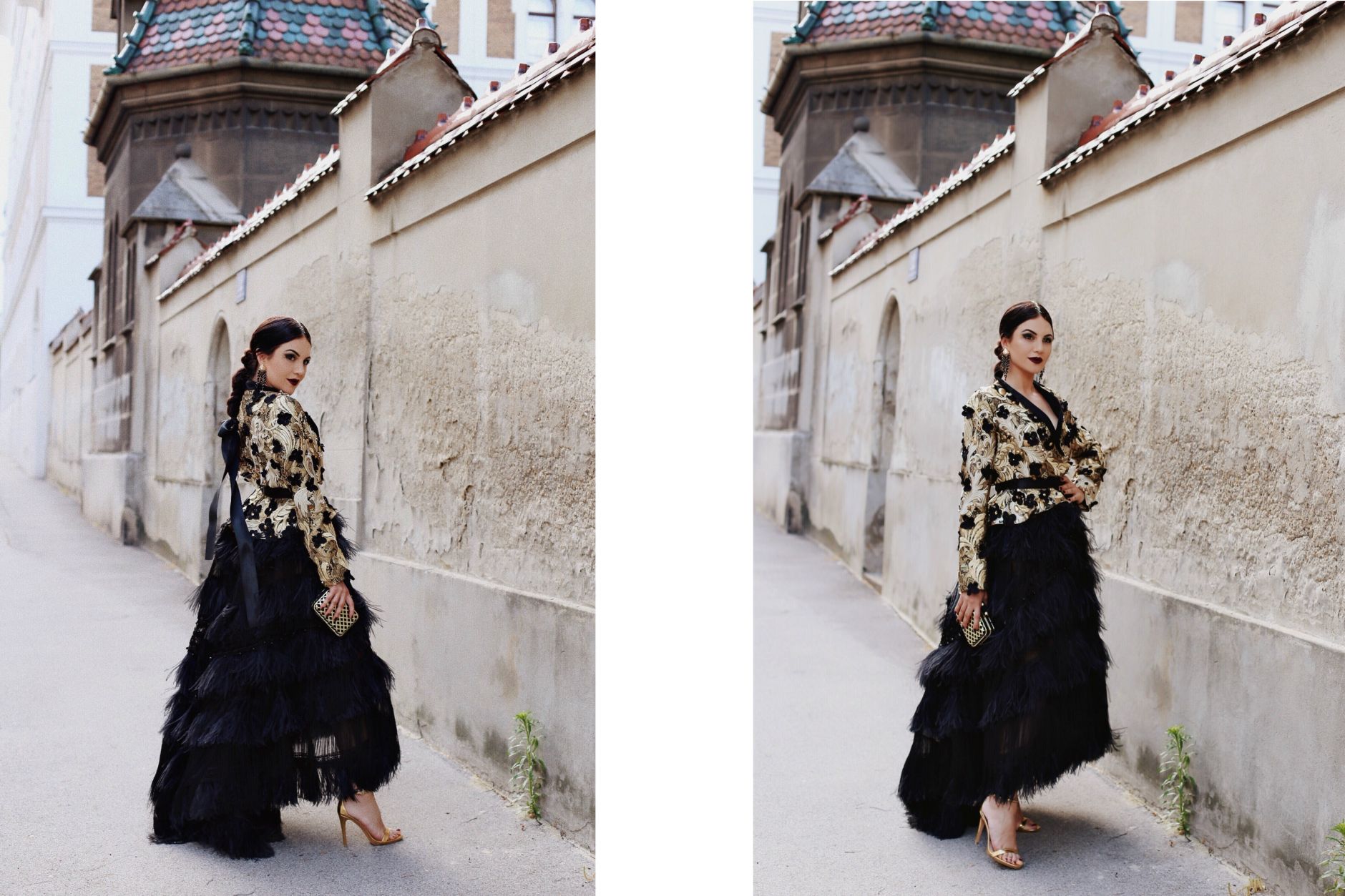 A Homage to The Sound of Music

This year’s message explains Life Ball itself as a festival of life. It represents a multicultural and international engagement of all participants who came to celebrate life. As well as Life Ball, as an homage of the movie “The Sound of Music” (1965), represents Austrian values and traditions yet still touches a broad international impact. The Sound of Music is considered one of the most successful musical films ever released. In the movie, Austria is seen through a joyful Hollywood lens. This was exactly what the costumes of all participants at Life Balls represented. Every look and every costume was impressive as well as very creative and individual interpretation of this year’s homage. It was wonderful to see all the unique costumes with impressive designs and styles. 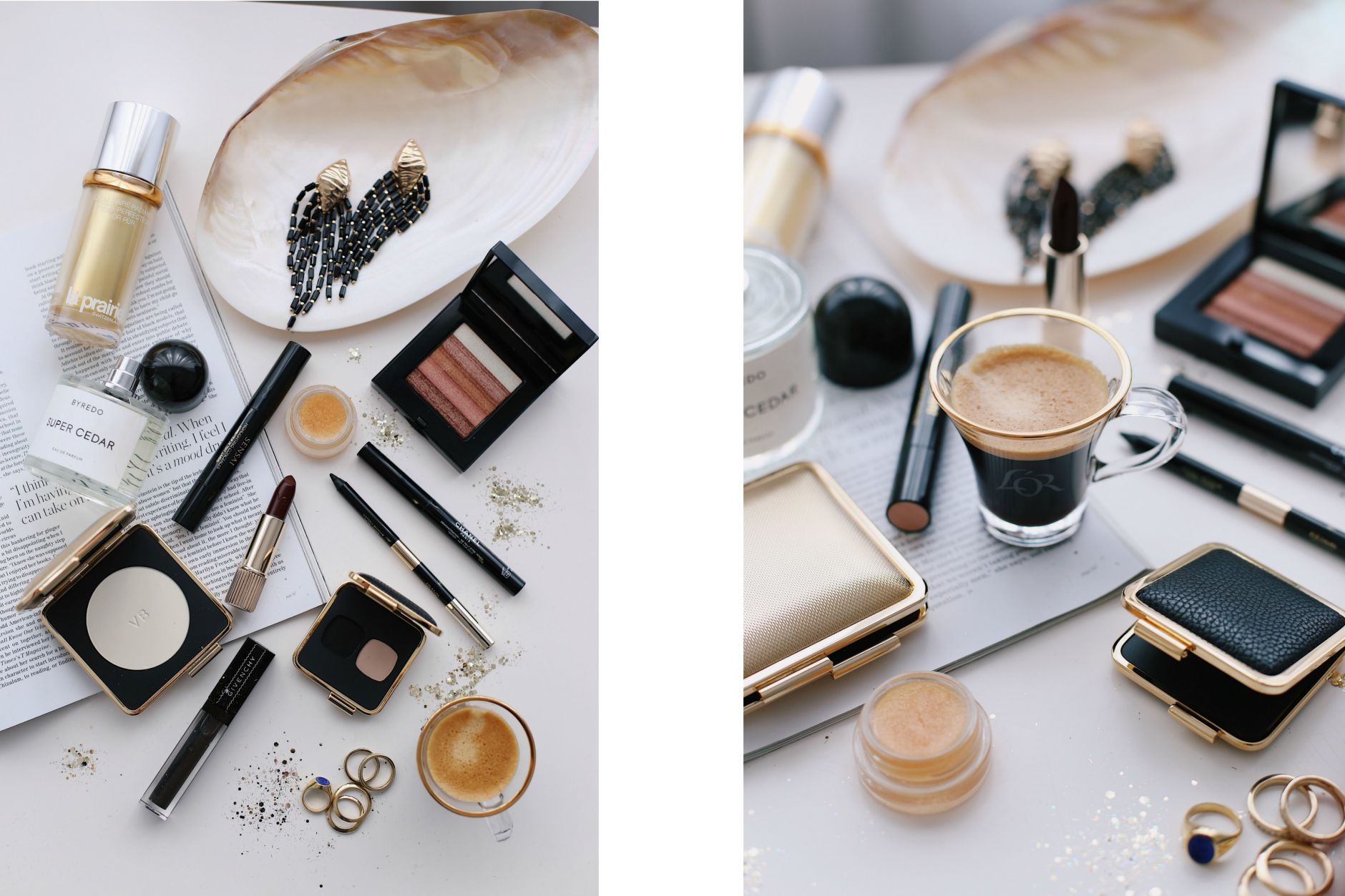 The first Life Ball took place in 1993 in the Vienna City Hall, as a symbol of tolerance and acceptance of diversity. Although it was presented as open event to the public, the ball immediately gained cult status and incidentally contributed to the reputation of modernity, acceptance and tolerance, which was previously something new in a conservative and traditional Vienna. 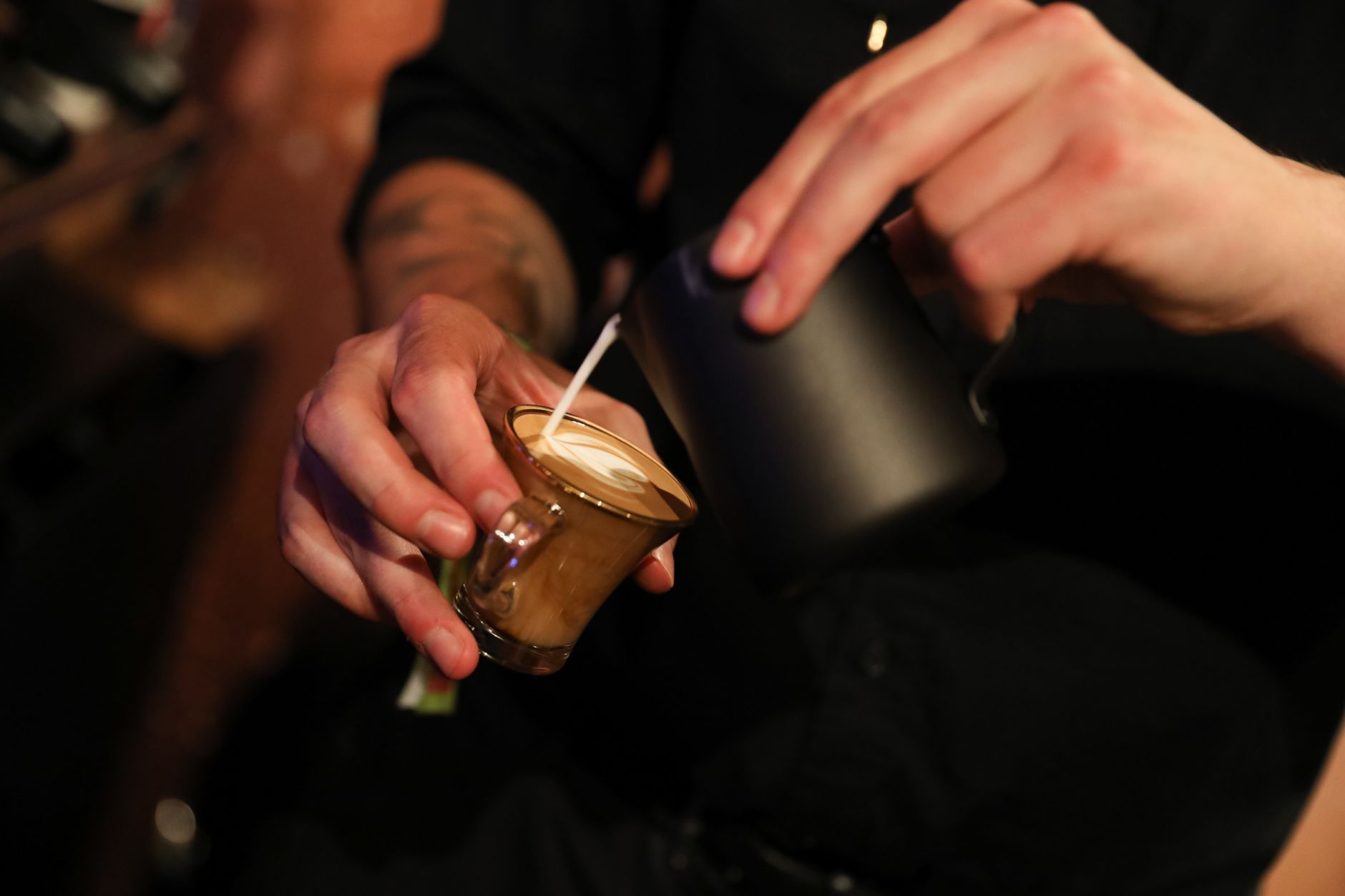 I am beyond honored to be the “L’OR taste ambassador” and had the chance to participate this year’s most important AIDS charity event. Amongst numerous international celebrities from the world of fashion, entertainment, and politics to contribute charity for all of those living with HIV and those impacted by the virus both in Austria and around the globe. Thanks to L’OR and the designer of my dress – Eva Poleschinski, who created the best dress for the Life Ball, it was a very appropriate dress to this special event.

The evening started at the L’OR coffee mobile in front of the Burgtheater with a first coffee, where my friend Adelina and I arrived to meet the L’OR team. Later we went to watch the opening ceremony together standing right next to the red carpet. I enjoyed every single performance, especially the Patti LaBelle’s performance of the iconic song “Lady Marmalade”. The night’s highlight was also the L’OR lounge inside of Vienna’s City Hall, where guests could enjoy the exclusive coffee bar and delicious coffee cocktails. The L‘OR espresso tonic and L’OR Shakerato were definitely my favorites.

The lounge was extraordinary decorated in the elegant style and the colors of the premium coffee brand: black and gold. The sitting area was perfect to take a short break in between and to enjoy some delicious coffee cocktails. At the background of the coffee bar, there was a giant poster presenting some of this year’s Life Ball Style Bible visuals. Another unique decoration element in the L’OR lounge was the light protection on the ceiling: a golden starry sky.

Inside the town hall it looked totally different. Every room was decorated quite unique and it was overwhelming to walk through the building – I felt a bit like Alice in wonderland. The atmosphere everywhere was just great, people were celebrating life – just as it is the idea of the Life Ball ever since.

Another highlight of the Life Ball was the LIFE+ Award presented by MAC Cosmetics along with a donation of 150,000 euros went to the Elizabeth Taylor AIDS Foundation (ETAF) this year. The award was accepted by Paris Jackson, daughter of the “King of Pop” Michael Jackson, as a representative of the organization. 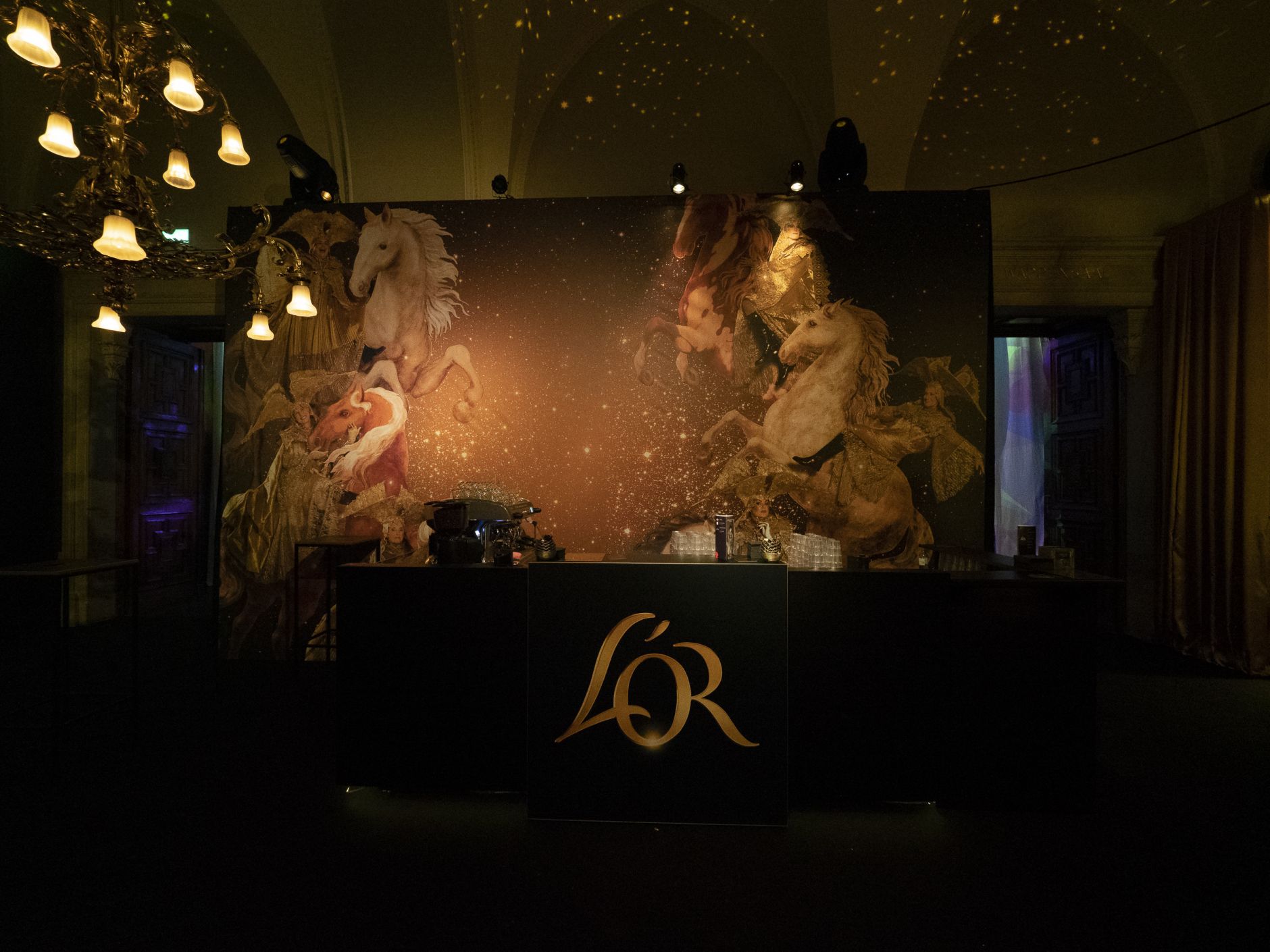 YOU CAN DONATE NOW

LIFE + considers itself responsible to continuously promotes awareness and public consciousness about the AIDS epidemic. Through Life Ball yearly activities, LIFE+ works to raise funds to help those impacted by and living with HIV/AIDS and reduce stigma and discrimination. Click here to donate now.

For comments, I kindly invite you to my Instagram @edisashahini

*In collaboration with L’OR ESPRESSO