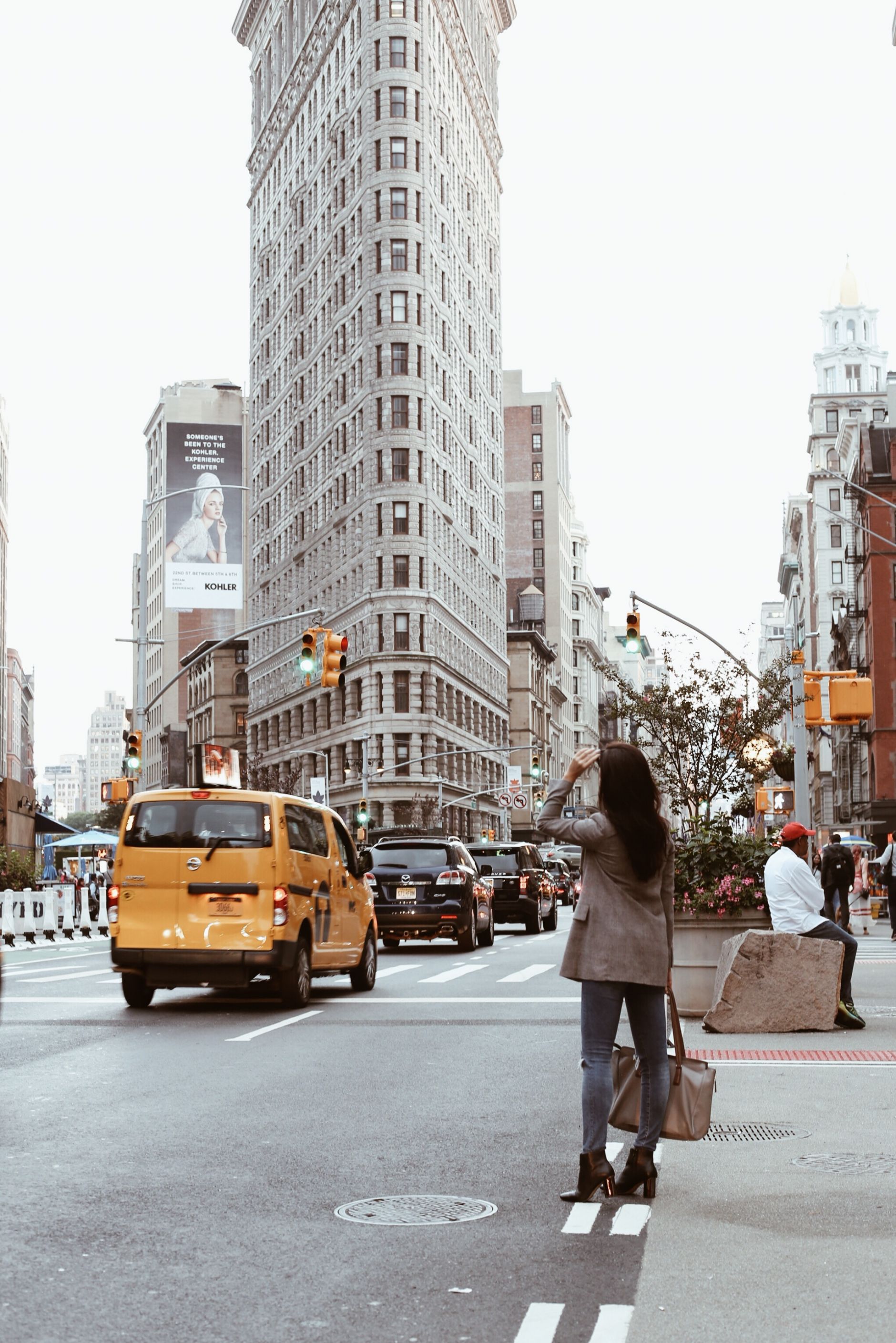 When you’re in New York City, you will be always ready for action and to click the camera. From skyscrapers to neon lights, from Manhattan to Brooklyn bridge, downtown cobblestone and hip Soho streets – New York is perfect for a city getaway. There’s so much to explore that it can be tough to know where to head first — so start with the my favorite and most Insta-ready corners of the city:

1. TOP OF THE ROCK IN MIDTOWN

Yes, it’s touristy, but if you go early in the morning, chances are to be quiet and have enough space to take pictures of the best views of the city. Here you can see, what I shoot last time I’ve been at Top Of The Rock.

There’s nothing quite like it, and the absolute worst since there are tons of tourists who don’t know the proper etiquette of walking in NYC. I usually avoid visiting such overcrowded squares, but Times Square cannot be missed!

Most photogenic spots in New York is definitely the Washington Street. DUMBO, a neighborhood known for its cobblestone streets and chic lofts, got its nickname for being “Down Under The Manhattan Bridge.” Make sure to head to Washington Street, as well as to the waterfront at the Brooklyn Bridge Park for some more awesome skyline shots early in the morning.

For sure it’s New York’s icon. Here are all the major New York buildings visible, from financial district to the Chrysler building and the Empire State in Midtown and more. Personal tip: if you want the bridge for yourself, then be there pre-sunrise to capture some shots in between the early morning when the commuters and joggers are passing by.

Another one of my favorite spots in New York City. The mesmerizing building is wedged between Fifth Avenue and Broadway, which was constructed in 1902. The pedestrian-friendly paths in front of the building as well as nearby Madison Square Park provide great vantage points. The triangular Flatiron Building, so named because of its resemblance to a cast-iron clothes iron, is one of the world’s most iconic skyscrapers as well as one of the most photographed. Instagram spots tip: there are a few really good angles at the street crossings. I love the close up shots for impact like here.

Remember Chinatown street from movies, tv or magazines? It’s famous for the sharp bend and colorful streets. Wonderful to walk around, have delicious street food and take insta-worthy pictures.

7. THE HIGH LINE IN CHELSEA TO HUDSON YARDS

A must visit street, which was built on an old rail line 30 feet above street level. It’s an inspired public park built on an abandoned elevated freight line above the streets of Manhattan. You get to see a mix of city and river views. It gets extremely crowded on weekends and holidays, so if you are going here for the green space, be sure to visit early in the morning.

It’s a Parisian dream in the heart of NoLita. Sezane is a French lifestyle boutique with an Instagram wow factor, especially the beautiful flower arch at its entrance is a gorgeous capture.

Pink wonderland on Elizabeth Street is always Instagrammable. Pietro Nolita has a no reservations policy and the inside is quiet tiny. For the best chance of getting great picture go early on a weekday, when you might have the place to yourself and take pictures outside like here.

For the prettiest drinks and desserts for Instagram, go to Cha Cha Matcha. It’s one of the places that I don’t mind to visit it even if it’s so crowded.

11. TINY’S & THE BAR UPSTAIRS IN TRIBECA

The historical 1810 bi-level townhouse is worth for a shot and have dinner.

Its exterior is designed to resemble a winged dove and the centrepiece, the Oculus, is a breathtaking white steel and glass structure. Both are worthy Instagram captures in the super modern World Trade Center Transportation hub.

The Bethesda Terrace which leads out to the fountain, rowing on Central Park’s Lake, the Bow Bridge, Pond & Gapstow Bridge, also a classic NYC view. There is always an incredible energy around the Central Park during the day, but early morning just after sunrise is the best time when the only people you’ll meet are dog walkers and runners.

The famous train terminal is constantly buzzing with people travelling to and from the city and a long exposure works great for an Instagram worthy shot. The main concourse of Grand Central Station is instantly recognizable even to those who have never visited NYC and the station has appeared in countless movies featuring the city.

One of my favorite buildings in midtown Manhattan. The architects combined Gothic and modern styles in the design of the building. Black brick on the frontage of the building (symbolizing coal) was selected to give an idea of solidity and to give the building a solid mass. Other parts of the facade were covered in gold bricks (symbolizing fire), and the entry was decorated with marble and black mirrors. Here is a picture I took from Bryant Park.

16. Sex and the City – the famous front steps in Manhattan’s West Village

TOP OF THE ROCK 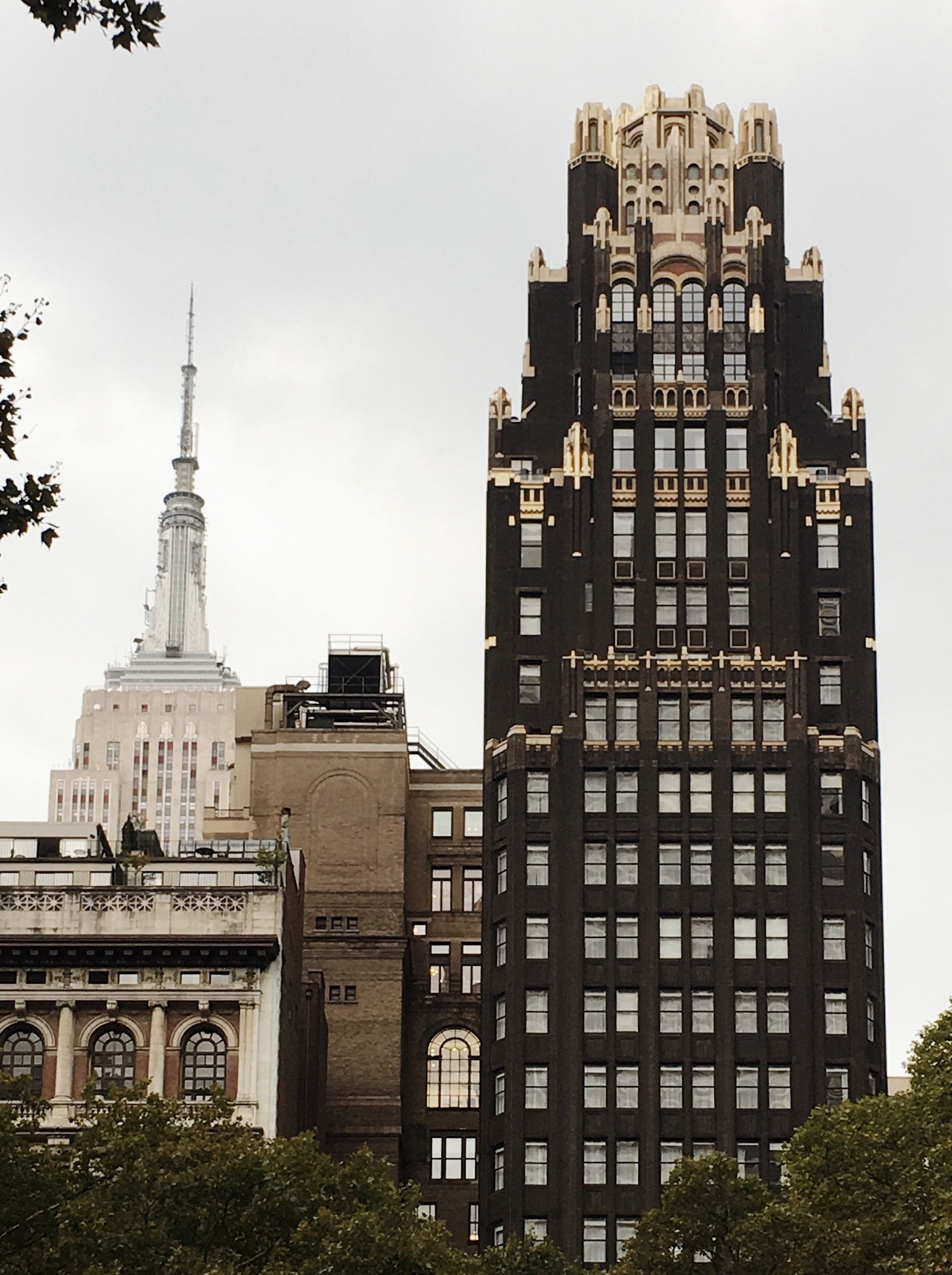 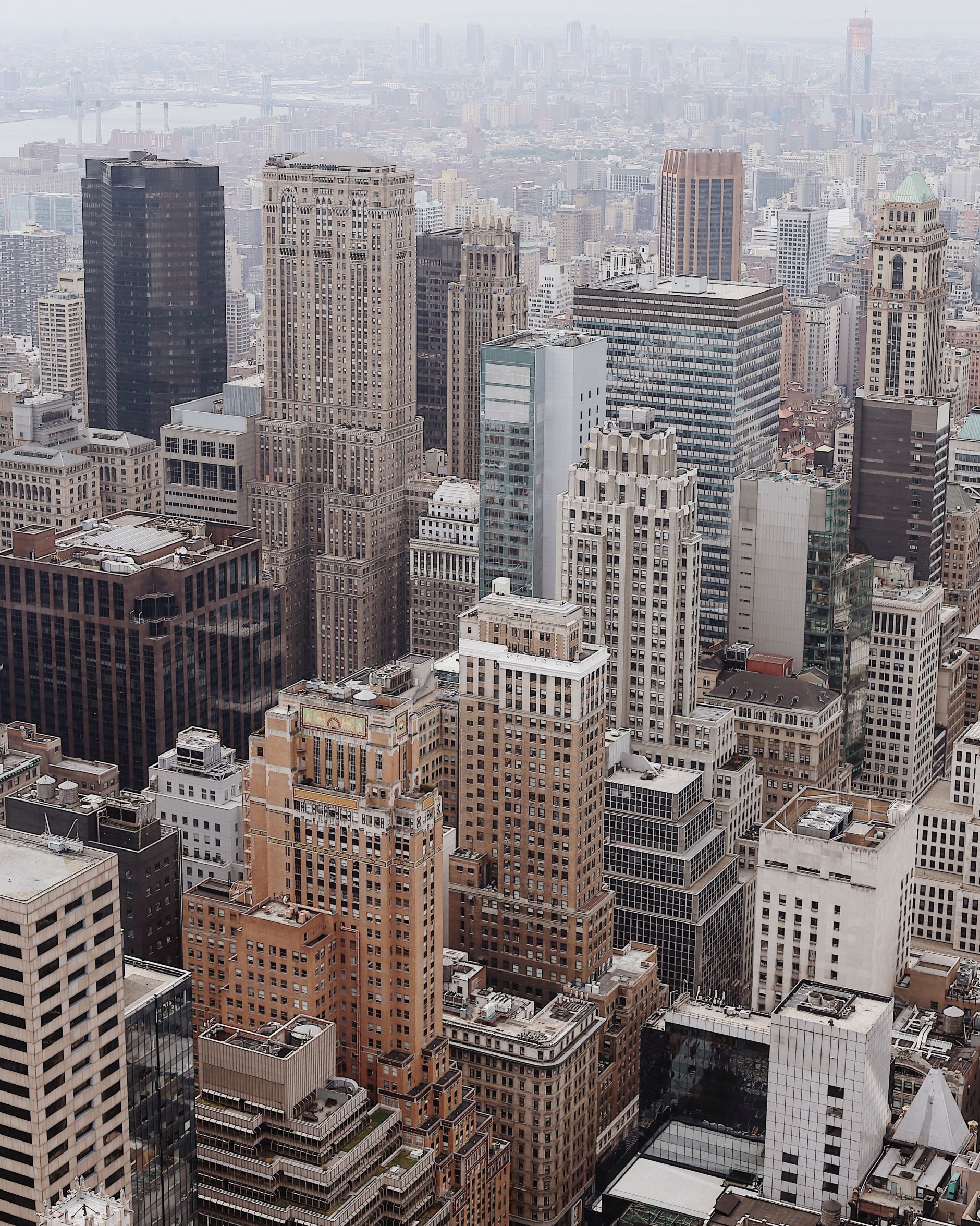 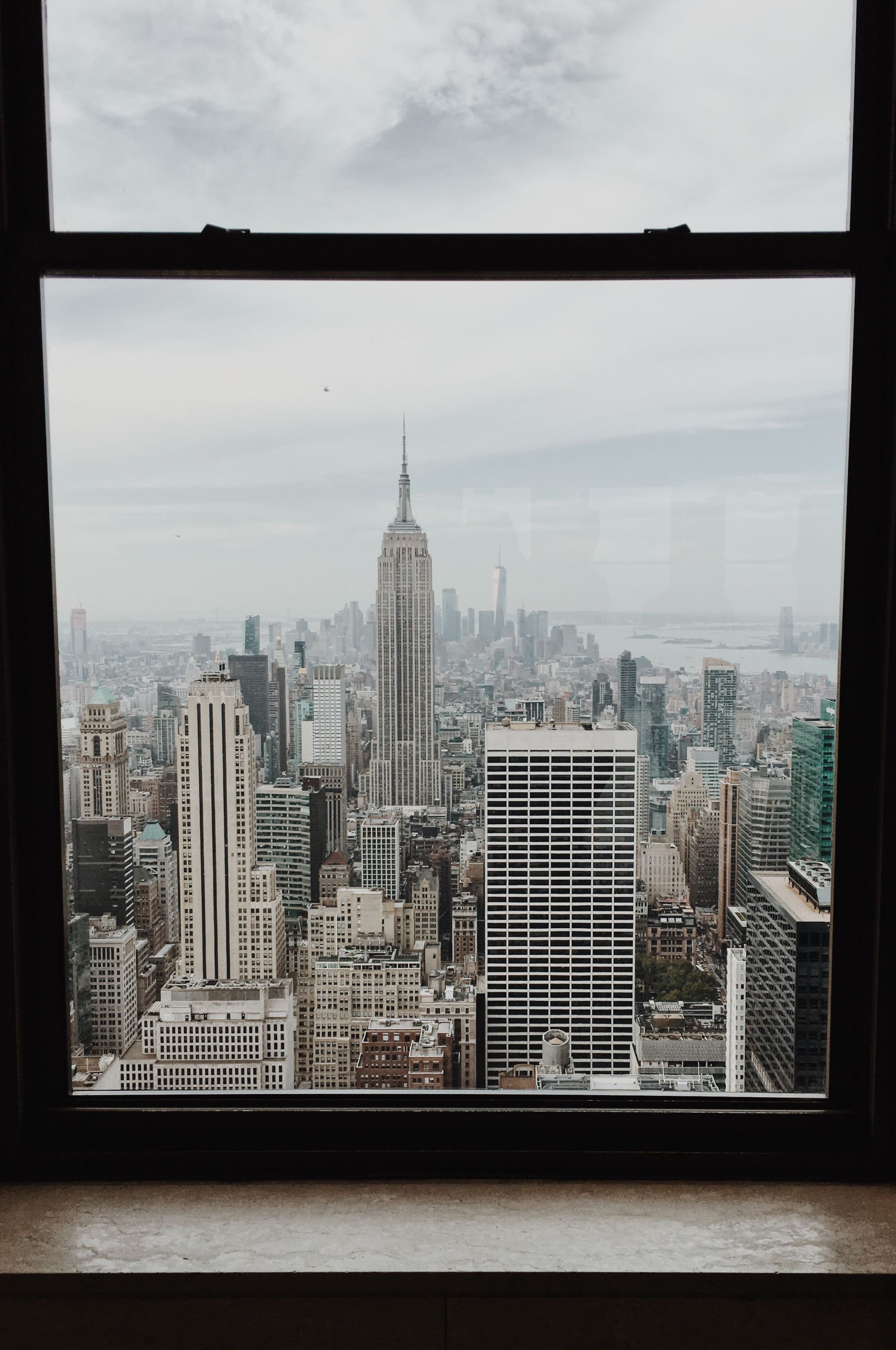 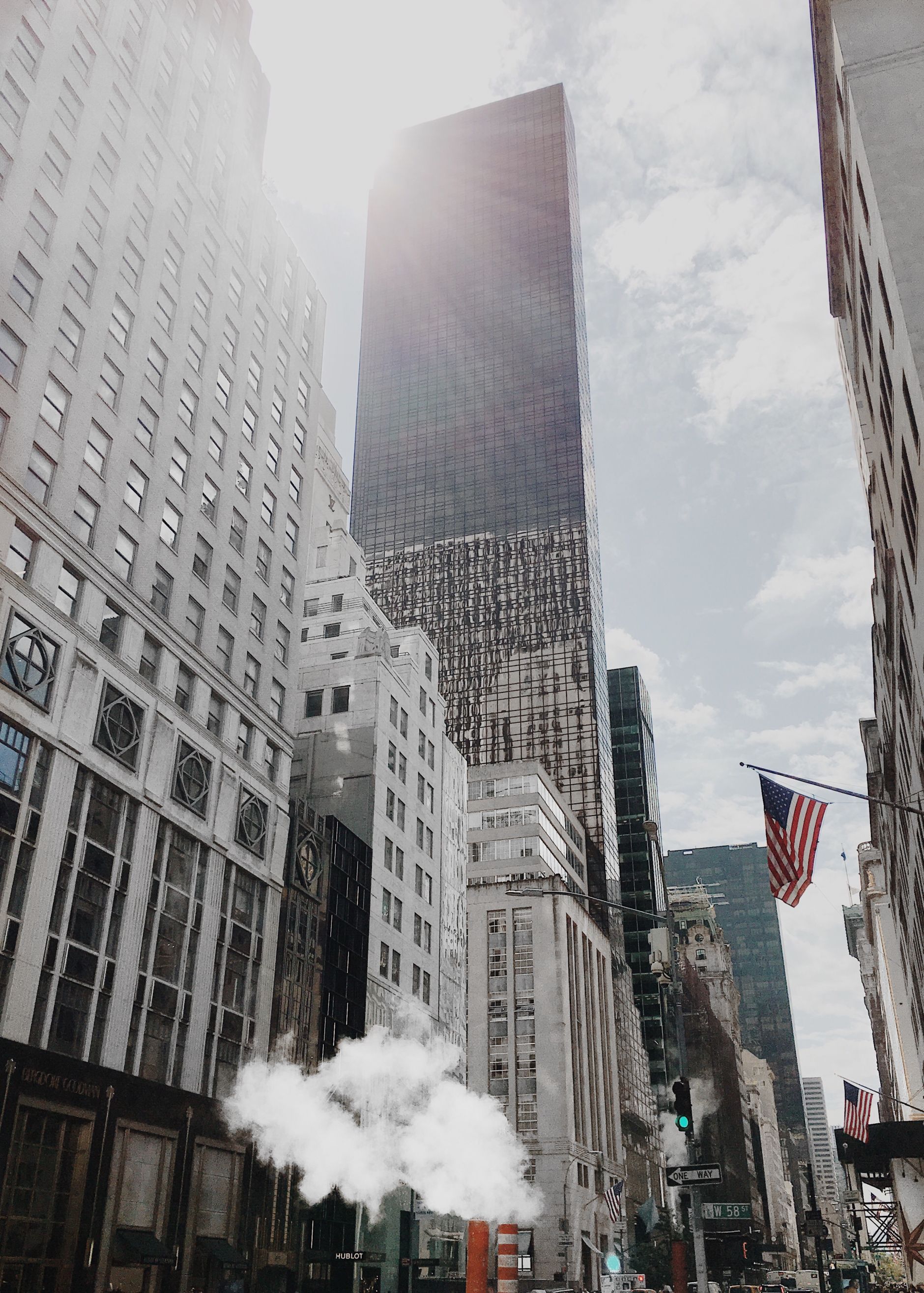 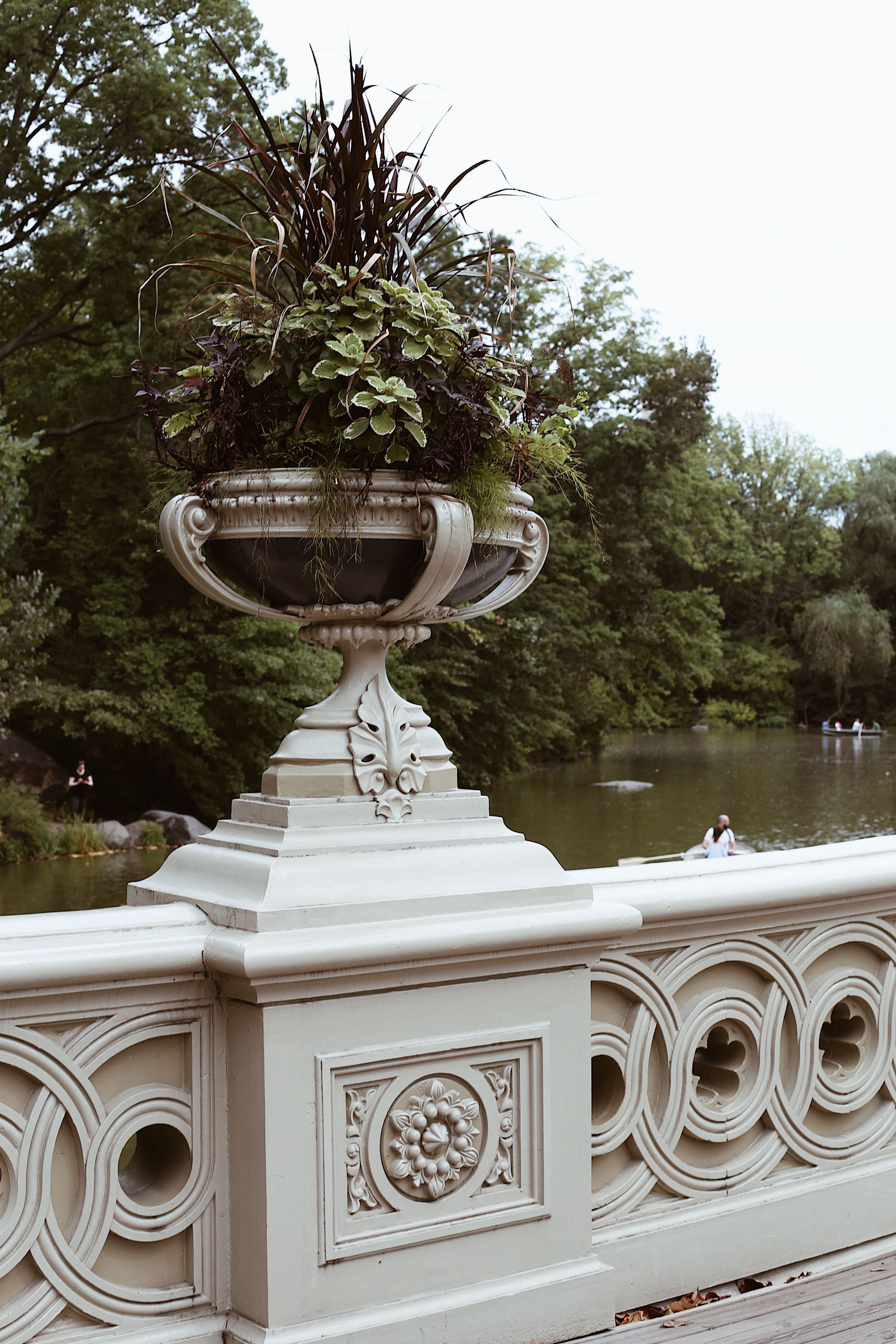 THE BOW BRIDGE AT CENTRAL PARK 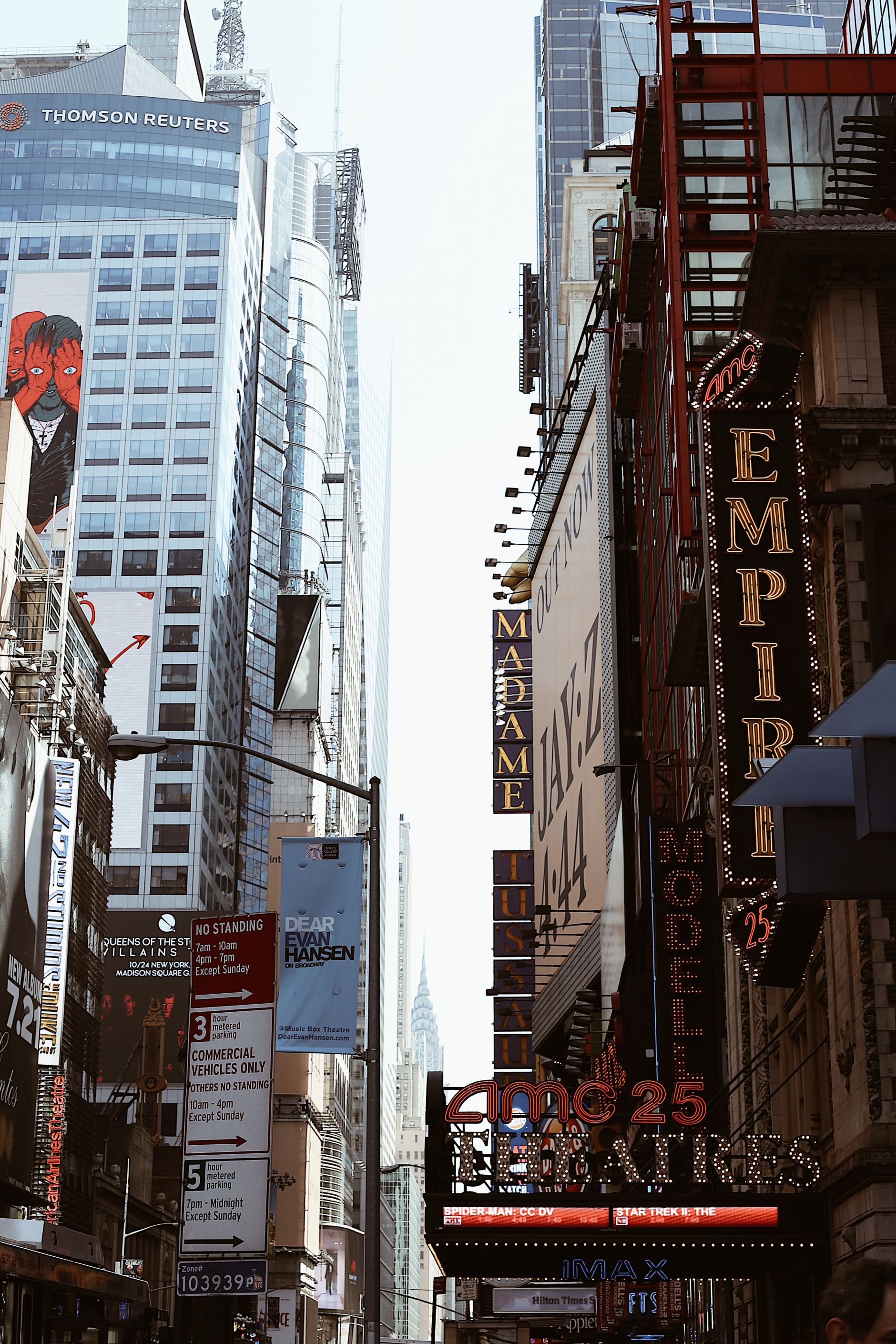 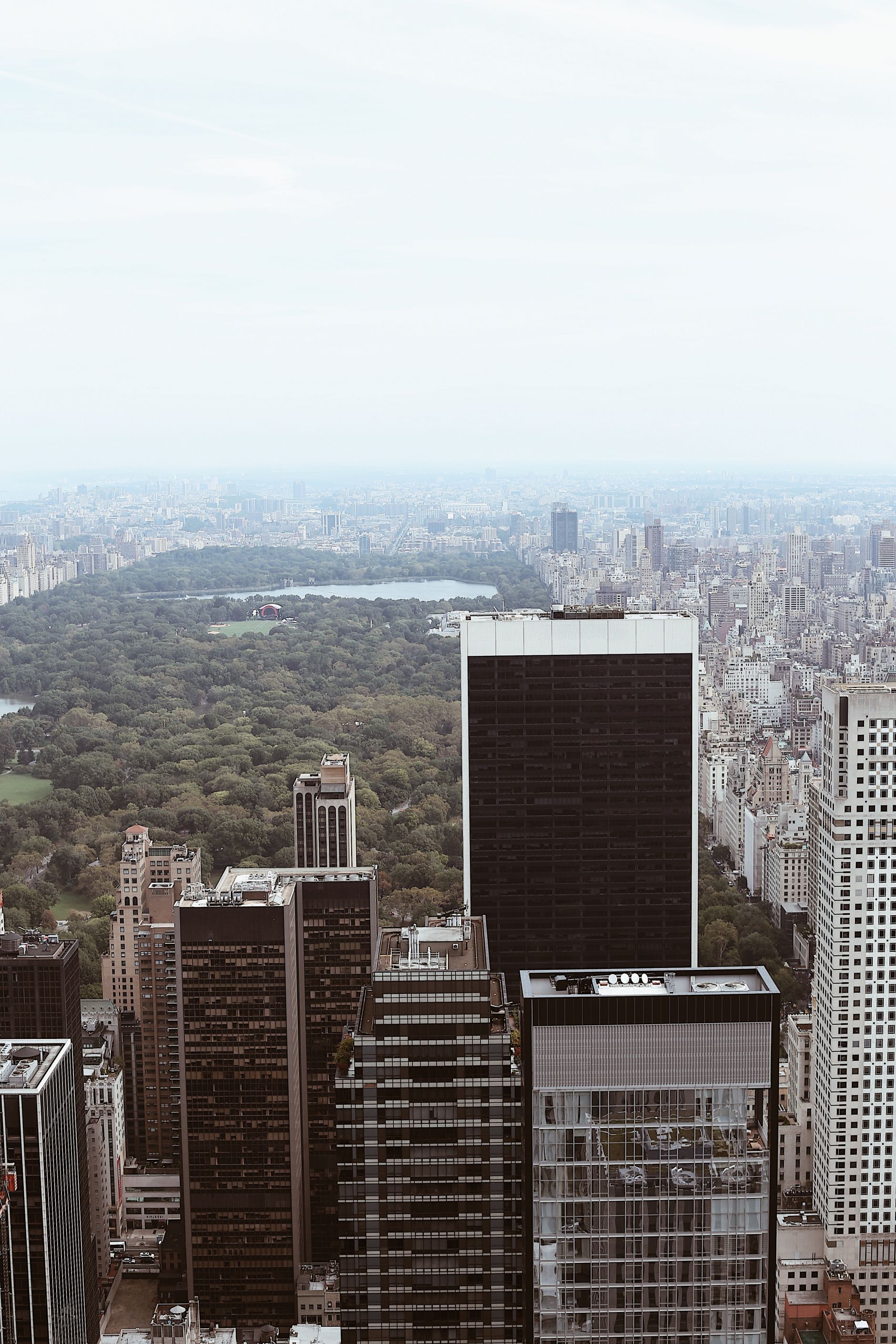 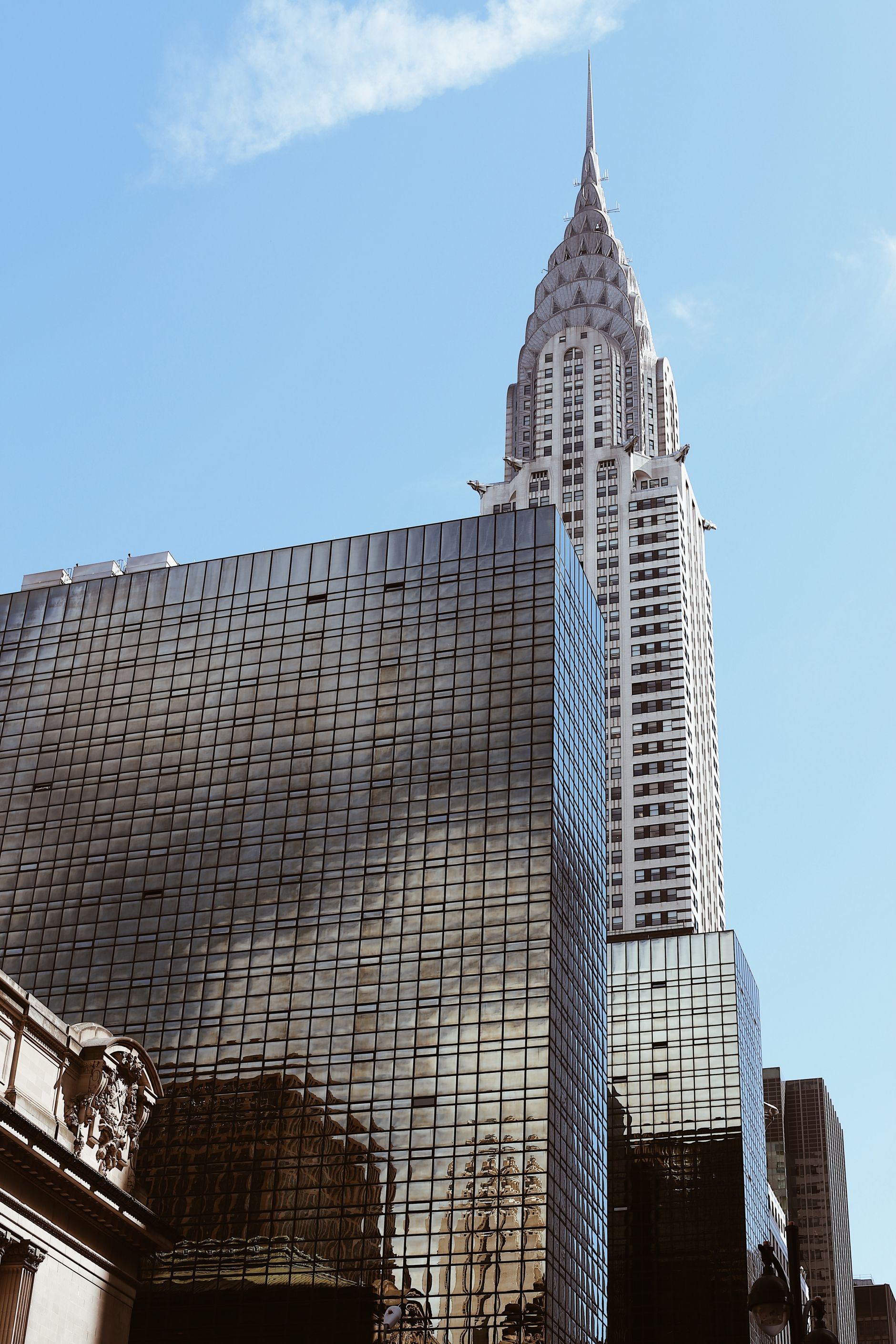 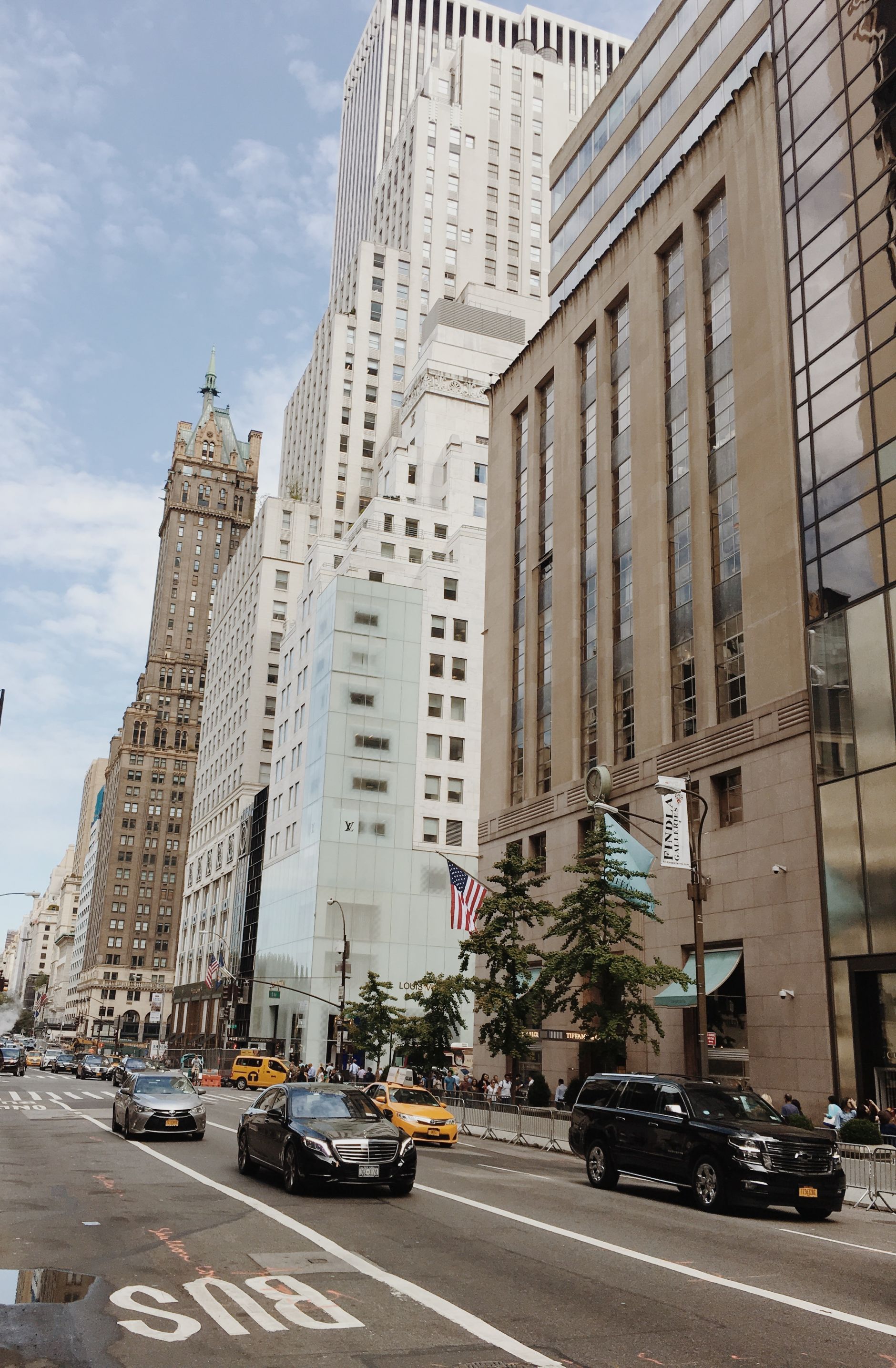 BROWN IS THE NEW BLACK – THE POWER SUIT