Visiting in 1953, John Steinbeck enthused: ‘Positano bites deep. It is a dream place that isn’t quite real when you are there and becomes beckoningly real after you have gone.’ 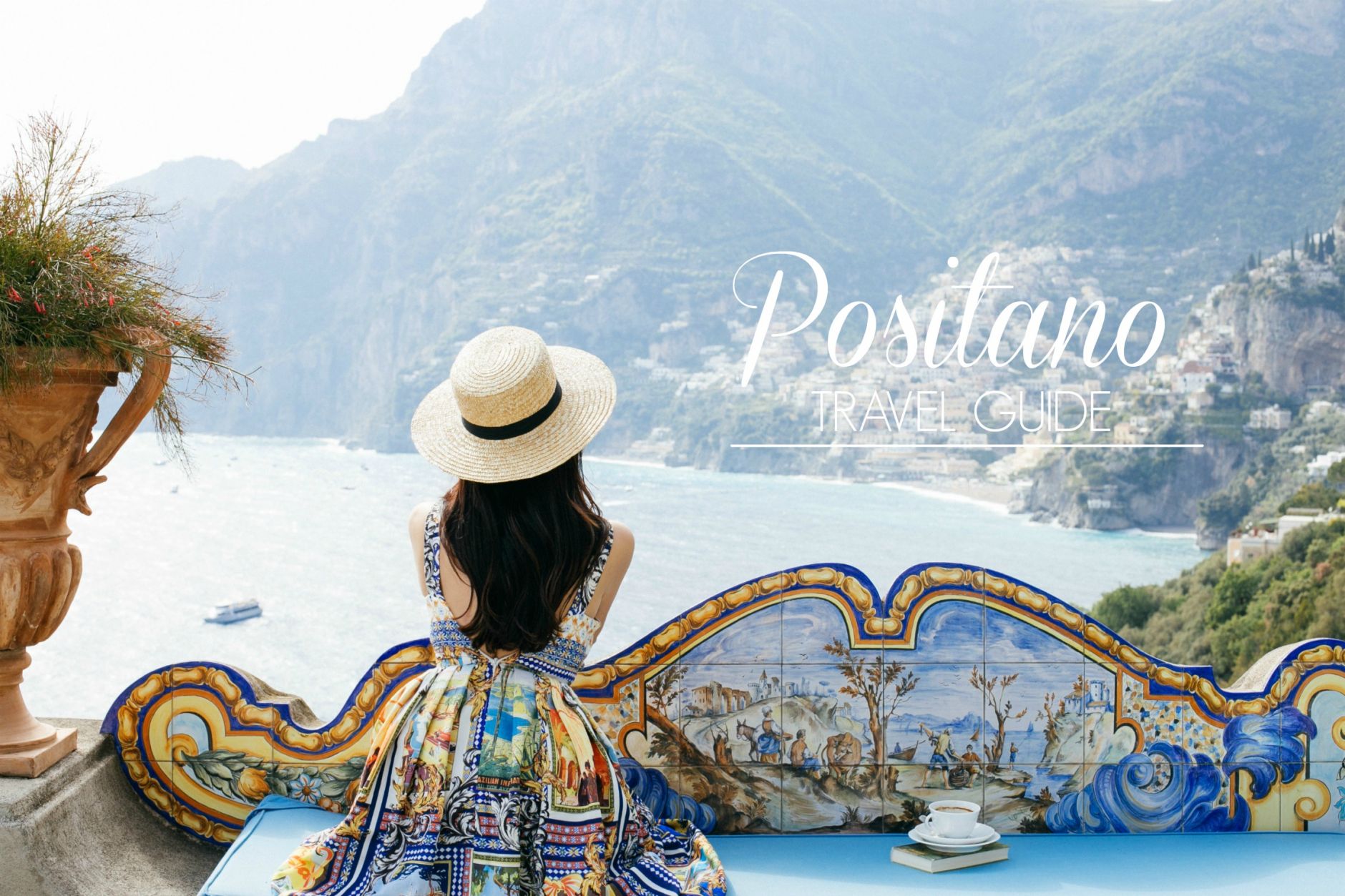 Amalfi coast and Positano was always on my bucket list, and I am so glad that I had the chance to visit it this year. I would say that after Côte d’Azur, it’s my second favorite coast in Europe. I love to explore new places, but I truly couldn’t get enough of Positano.

The Ancient Romans built a number of sumptuous villas on the coast of Positano, the ruins of which can be seen in the vicinity of it. It is believed that the town, the original nucleus of which developed around a Benedictine abbey, was founded in the 9th century.
The town grew considerably following the arrival of inhabitants from Paestum, fleeing Saracen incursions. After it was pillaged by Pisa in 1268, Positano increased its defenses, becoming similar to its powerful neighbor, Amalfi: with steep narrow roads, massive fortified walls, and a series of all-important watch towers. With the construction of the SS163 road, a much needed alternative to the mountain paths which had, until then, formed the only link between the Amalfi Coast and the rest of Italy, Positano once more began to flourish. The new road united the town with Sorrento and Naples and allowed the first tourists to reach Positano. These were no ordinary tourists, but rather an elite group of travelers, comprised of intellectuals, artists, and celebrities who, from the early 20th century onwards, elected Positano as their preferred holiday resort. (source)

Here is a guide for your trip that consists places I’ve discovered and tips I got from the insiders in Positano. It will help you to enjoy your best time in Amalfi coast, as well as having amazing views and delicious food too. IL SAN PIETRO DI POSITANO
Luxury, tranquility, breathtaking view over Positano, with a private beach and private boat to take you to the villages near by or cruise around Amalfi Coast. You can enjoy the flavors of the sea in the Michelin-starred Zass restaurant, which is absolutely amazing. Very friendly and  professional staff, and I loved having lunch and dinner there. The Michelin star restaurant serves the finest traditional regional and Italian haute cuisine. Il San Pietro also offers a spa and fitness center, a Turkish bath and Finnish shower. For a panoramic, outdoor workout, there are tennis courts close to the beach.

LE SIRENUSE
The islands of the Sirens: world-famous Sirenuse is a patrician house which has been turned into a family-run hotel. Elegant, comfortable, with a beautiful majolica-covered third-floor terrace and small swimming pool. It also boasts one of the best fish restaurants in town: La Sponda and an exceptionally nice spa. Most romantic view over the sea and to the Church dell’Assunta.

HOTEL PALAZZO MURAT
Down towards the beach, the Palazzo Murat has no view to speak of, but with its 18th-century charm and plant-strewn courtyard it is a magnet for a high-spending clientele. Open April to October and over Christmas/New Year.

HOTEL POSEIDON
The Hotel Poseidon Positano is a beautiful villa surrounded by luscious gardens. The philosophy of the hotel is to offer a discreet and refined hospitability, in harmony with the image and tradition of Positano. The original idea was to build a small intimate villa for the owners to spend their holidays. However, inspired by their love for Positano and their entrepreneur spirit, the family transformed the villa into a small hotel with 48 rooms and two suites.

CASA BUONOCORE
A beautiful boutique guest house in Positano, Casa Buonocore combines the charm of an Italian seaside villa with the warm hospitality traditional of the Amalfi Coast. More like suites than bedrooms, Casa Buonocore’s generously-sized rooms have been individually decorated with a charming mix of antique and modern furnishings. All rooms have their own balcony or terrace. 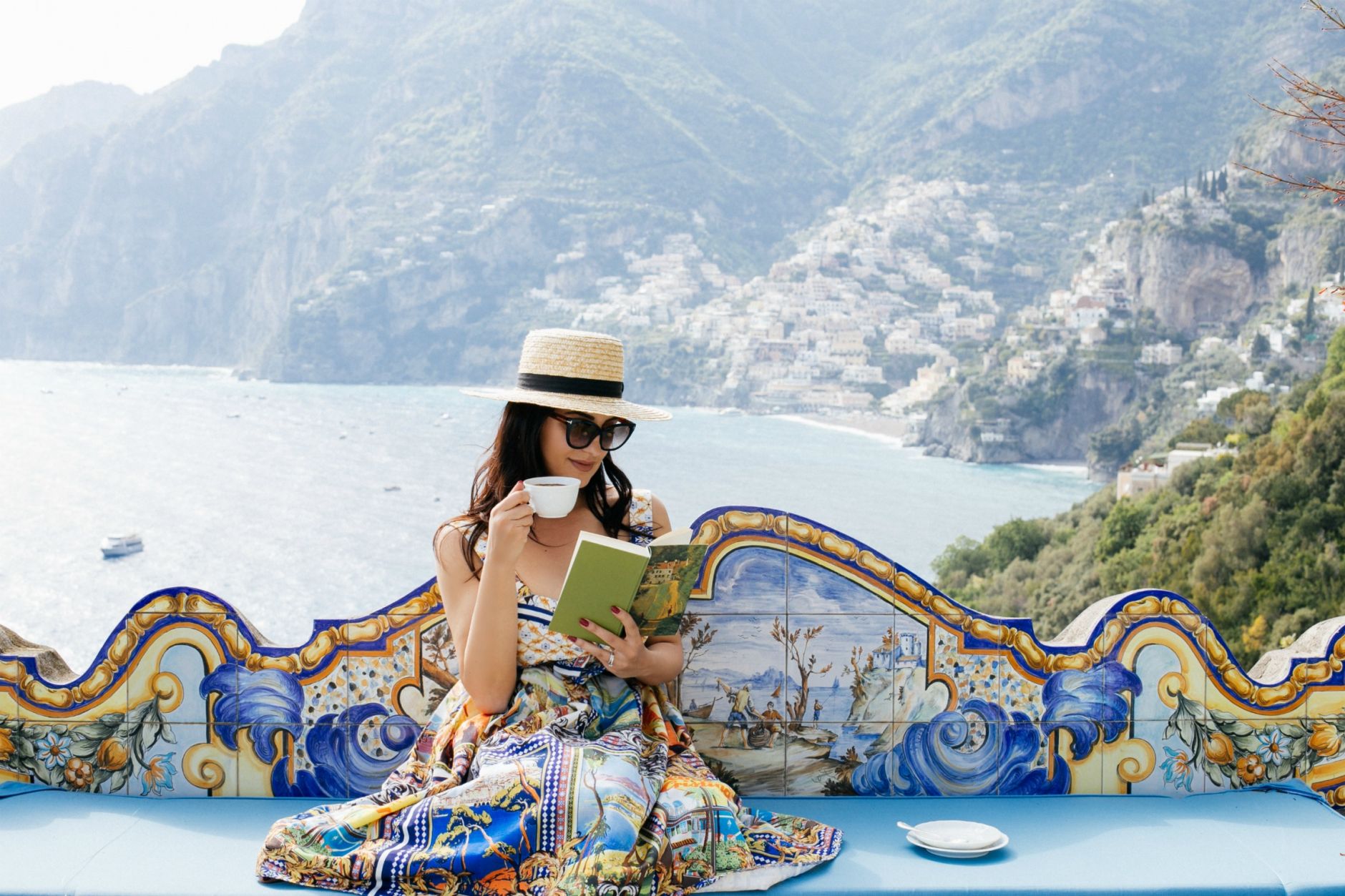 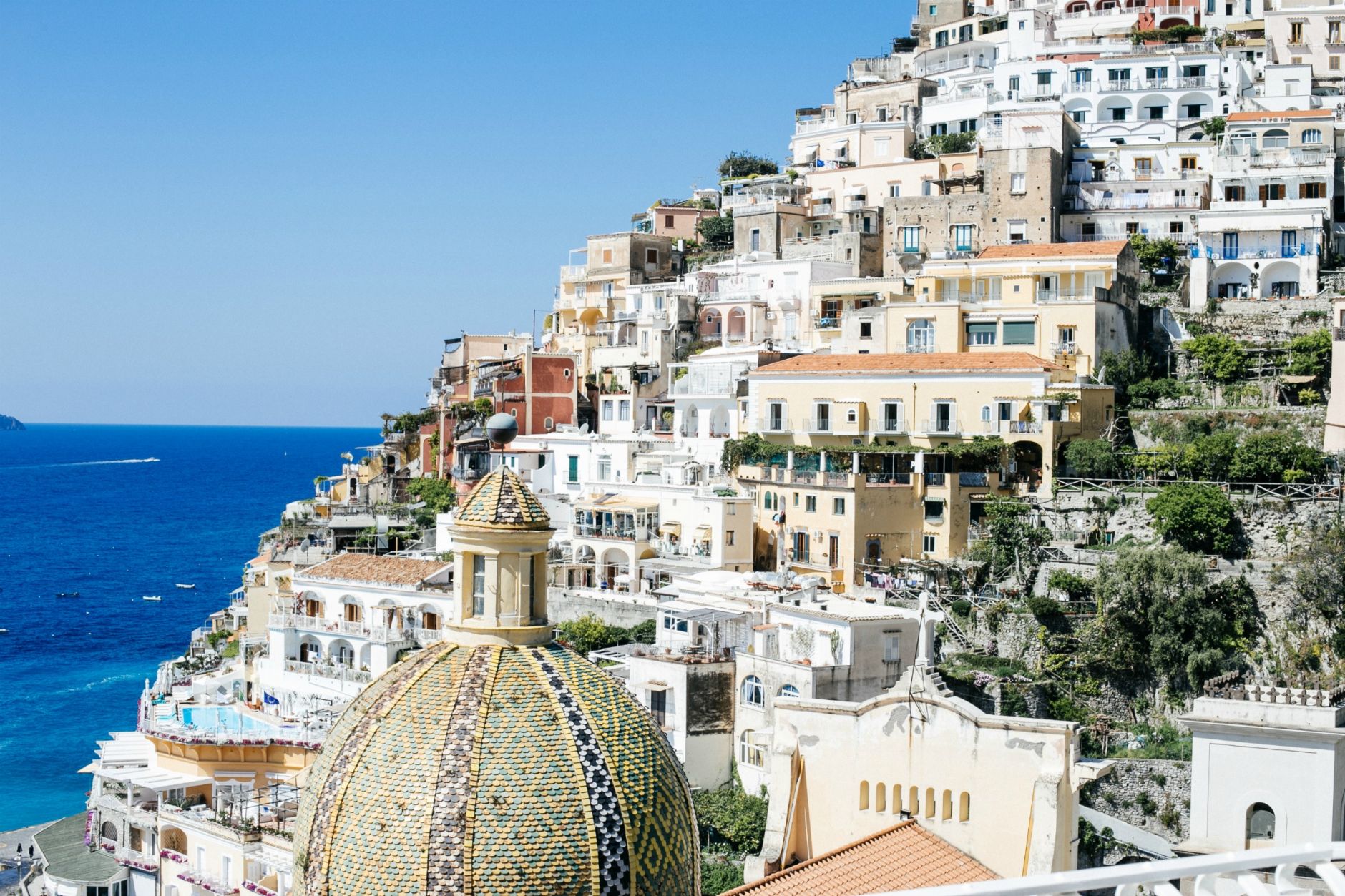 CASA E BOTTEGA
Definitely a wonderful place to heave breakfast. This is also not just a breakfast place, but also a great lunch place. For breakfast you can get a nice omelette and for lunch enjoy a great salad. It’s easy to eat healthy in this cafe. Their desserts are also wonderful, and they even have gluten free desserts.

BUCA DI BACCO
This is the harbour front’s main café and a Positano institution. Sip a Prosecco in the shade of the front’s main café, the Buca di Bacco, and watch passenger ferries stopping by to gawp on their way to Capri.

DA VINCENZO
Favorite restaurant for dinner. Make sure to make a reservation and have a feast. Oh, their vegetarian dishes are amazing!

NEXT2
This restaurant is the same owner of Casa e Bottega, but it’s more modern. The food is fresh and made out of quality ingredients.

LE SIRENUSE HOTEL RESTAURANT
The best breakfast with the best view. It’s quite pricy, however I think it is worth it, even if you have the chance to go just once. The buffet is just amazing, with lot of local fruits and veggies, salads, pastries, etc. 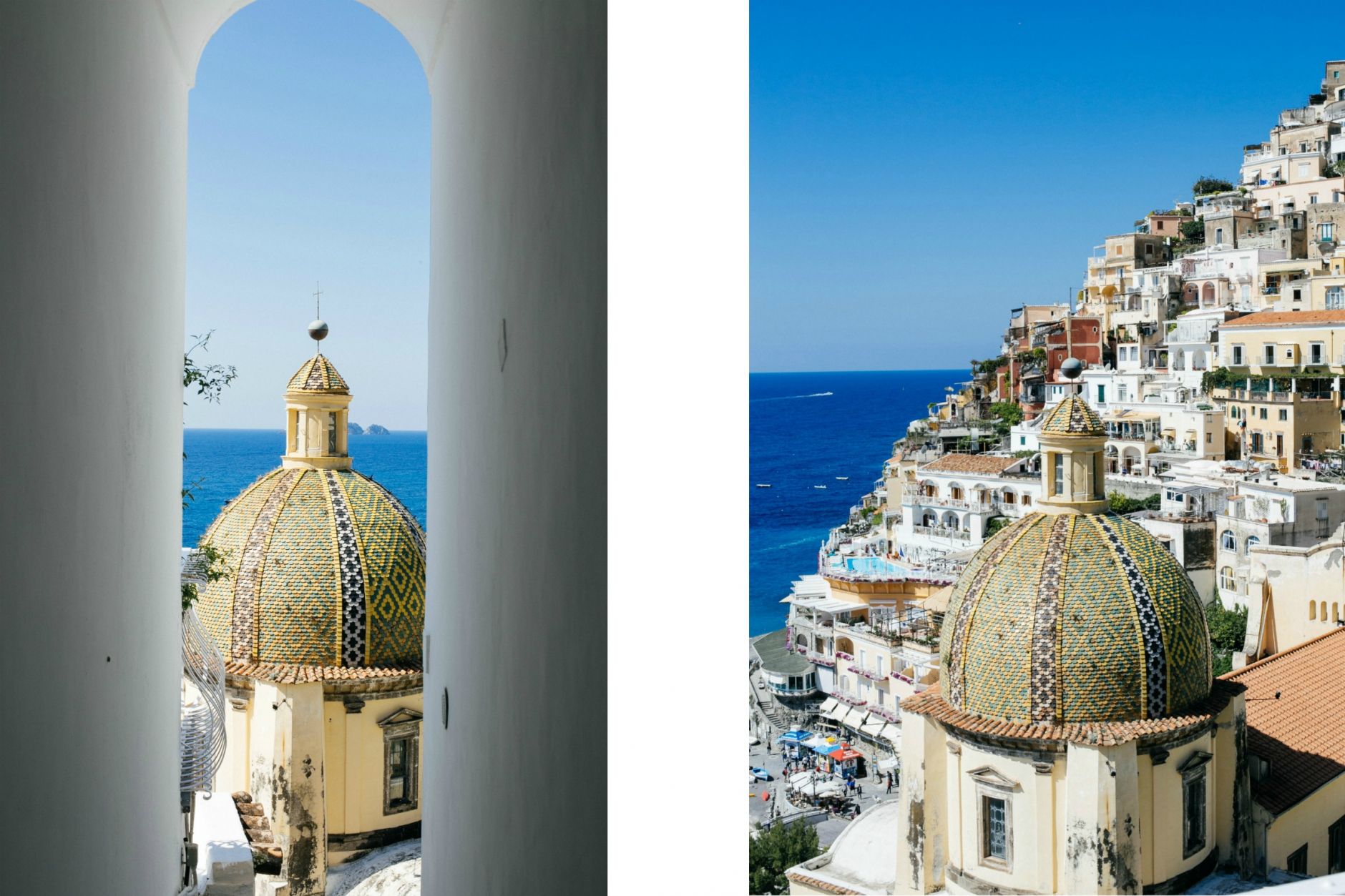 There’s not much in the way, no cinemas or theaters. So I suggest you to rent a car and explore the numerous delights of the coast, take boat trips, go for walks or just chill in cafes. The shops that line the descent offer ceramics, watercolors, trinkets and colorful clothes. These are mainly beachwear and holiday T-shirts. 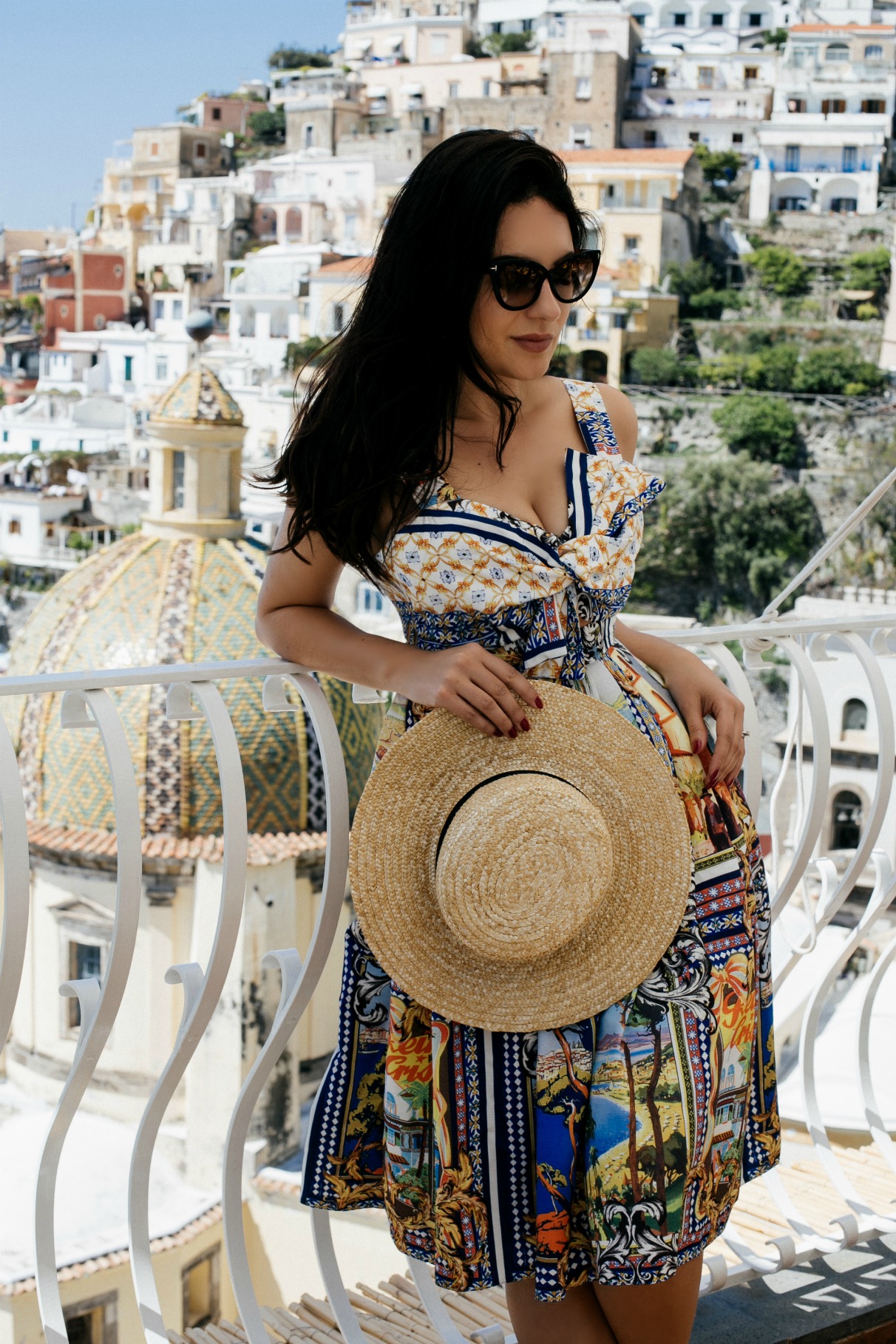 See my guide to the Amalfi Coast for more.

Take the 1750 steps from Positano to Nocelle. The breathtaking views and the hard yet rewarding walk up the stairs will make you feel like you are on top of the world when you reach Nocelle.

Hike the Path of Gods – you can do this on your own or you can be part of a guide tour with Zia Lucy which is great as well. 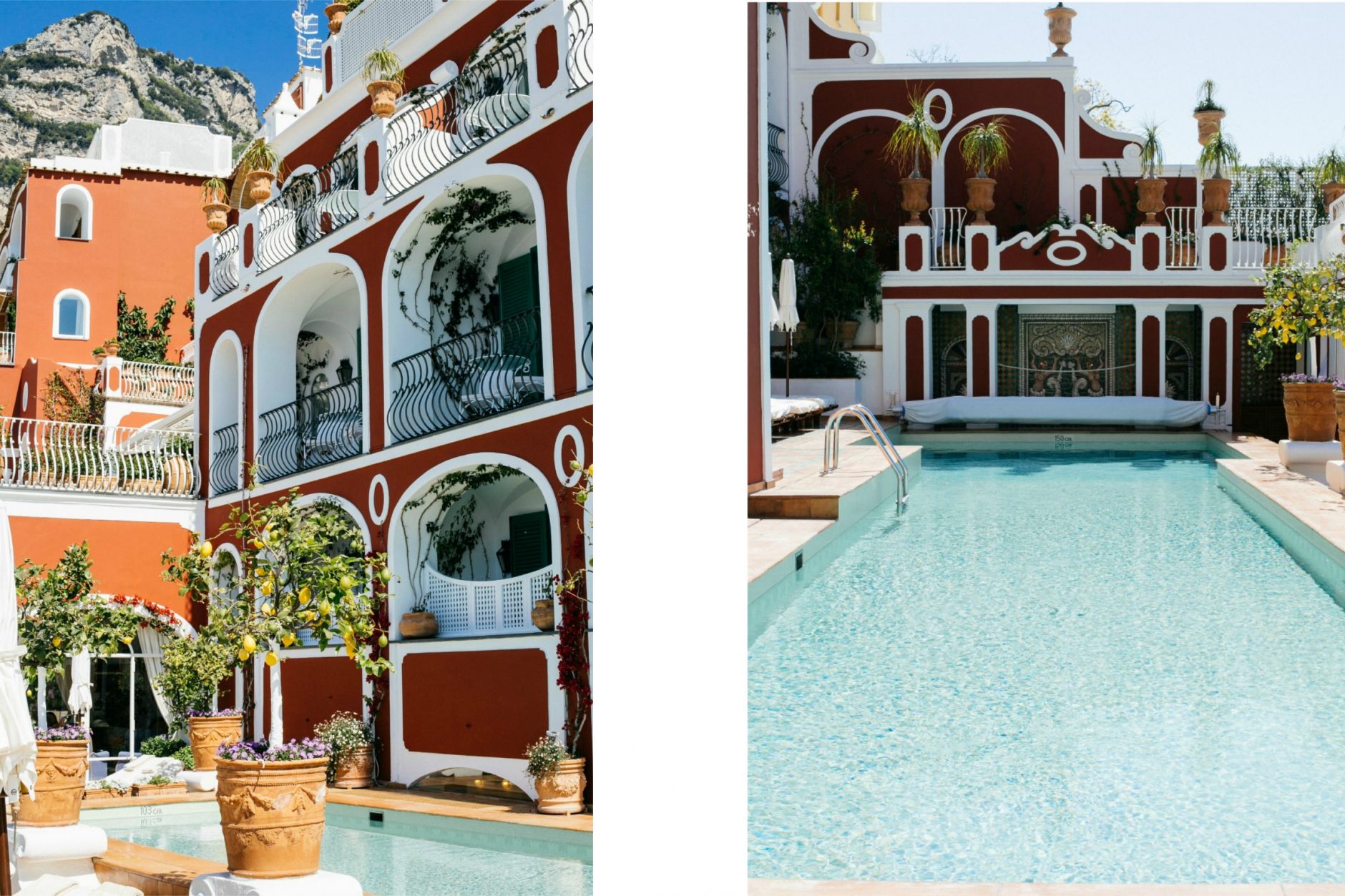 Positano is very hot in mid Summer, meaning in July and August. I would suggest May when it is mild and when the drive back from Naples is made easier by a lack of tourists on the road to Pompeii. 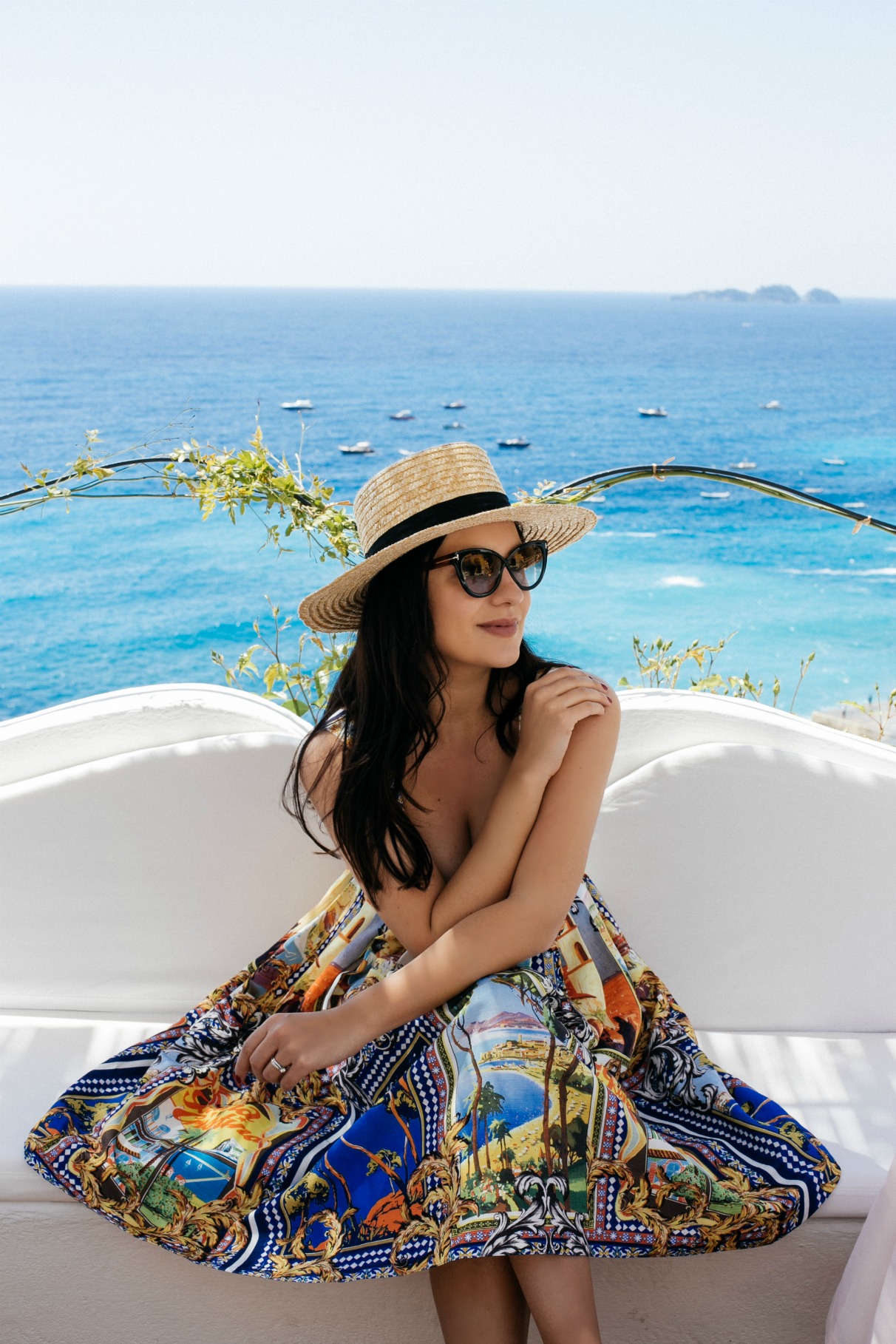 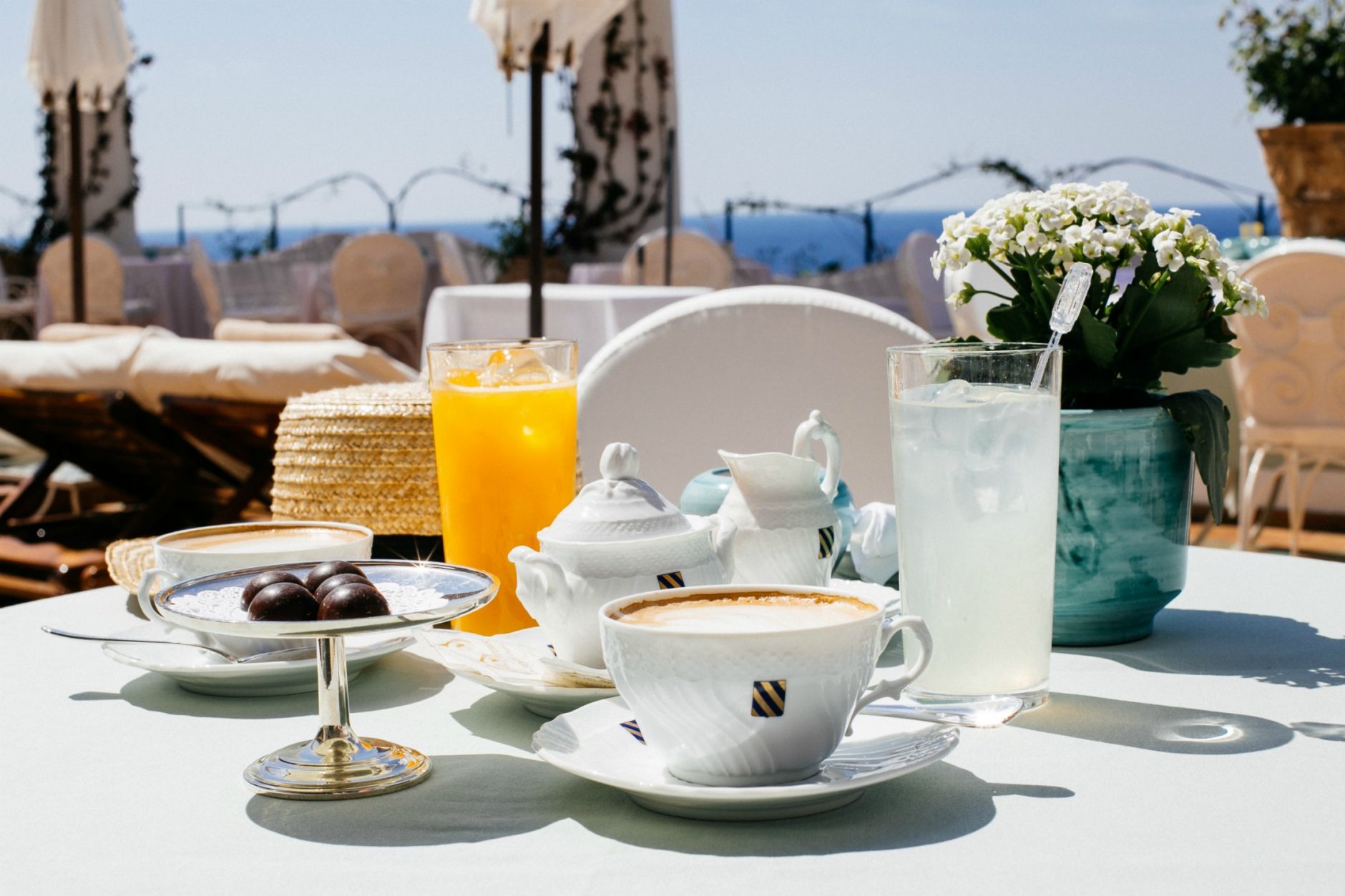 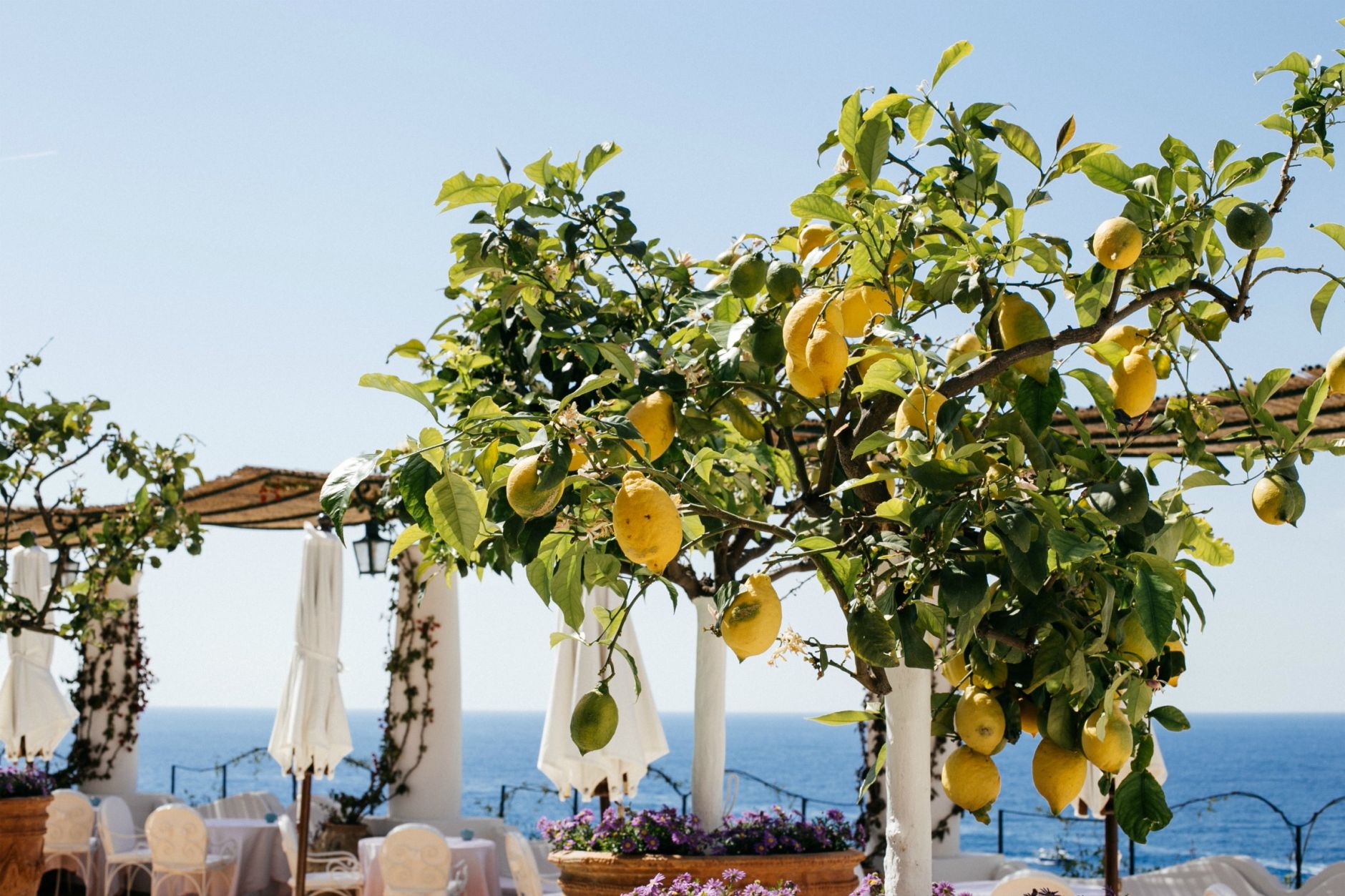 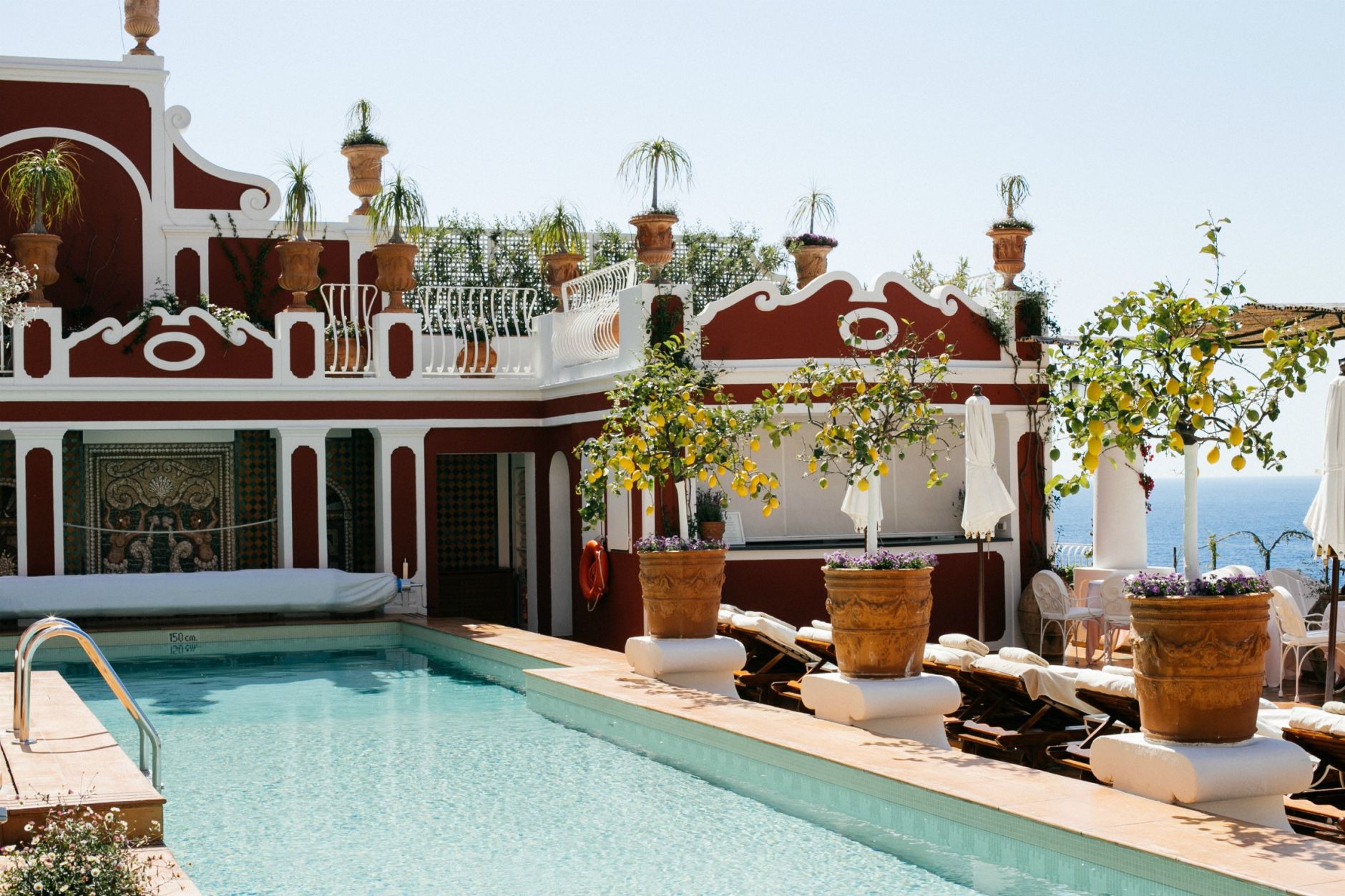 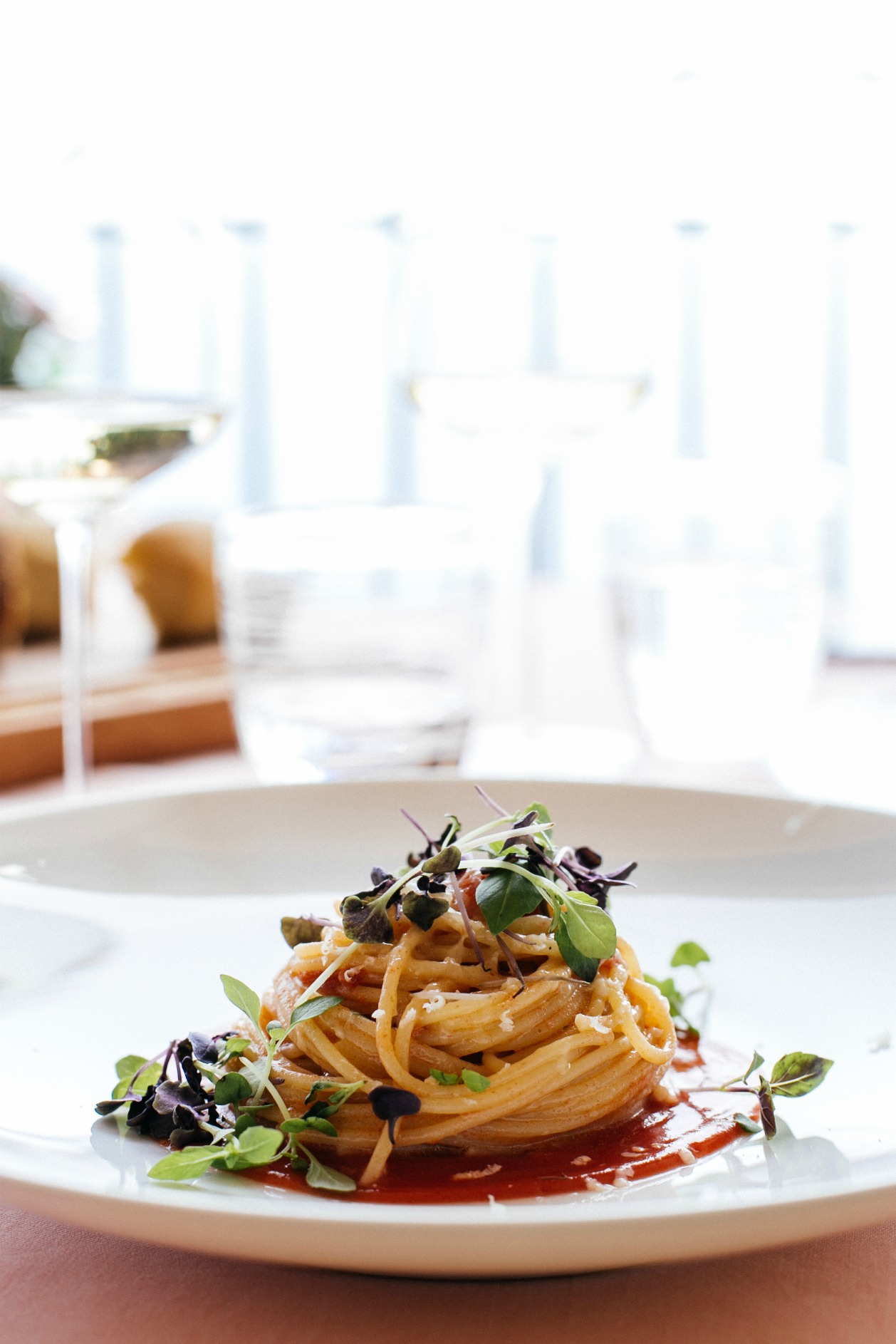 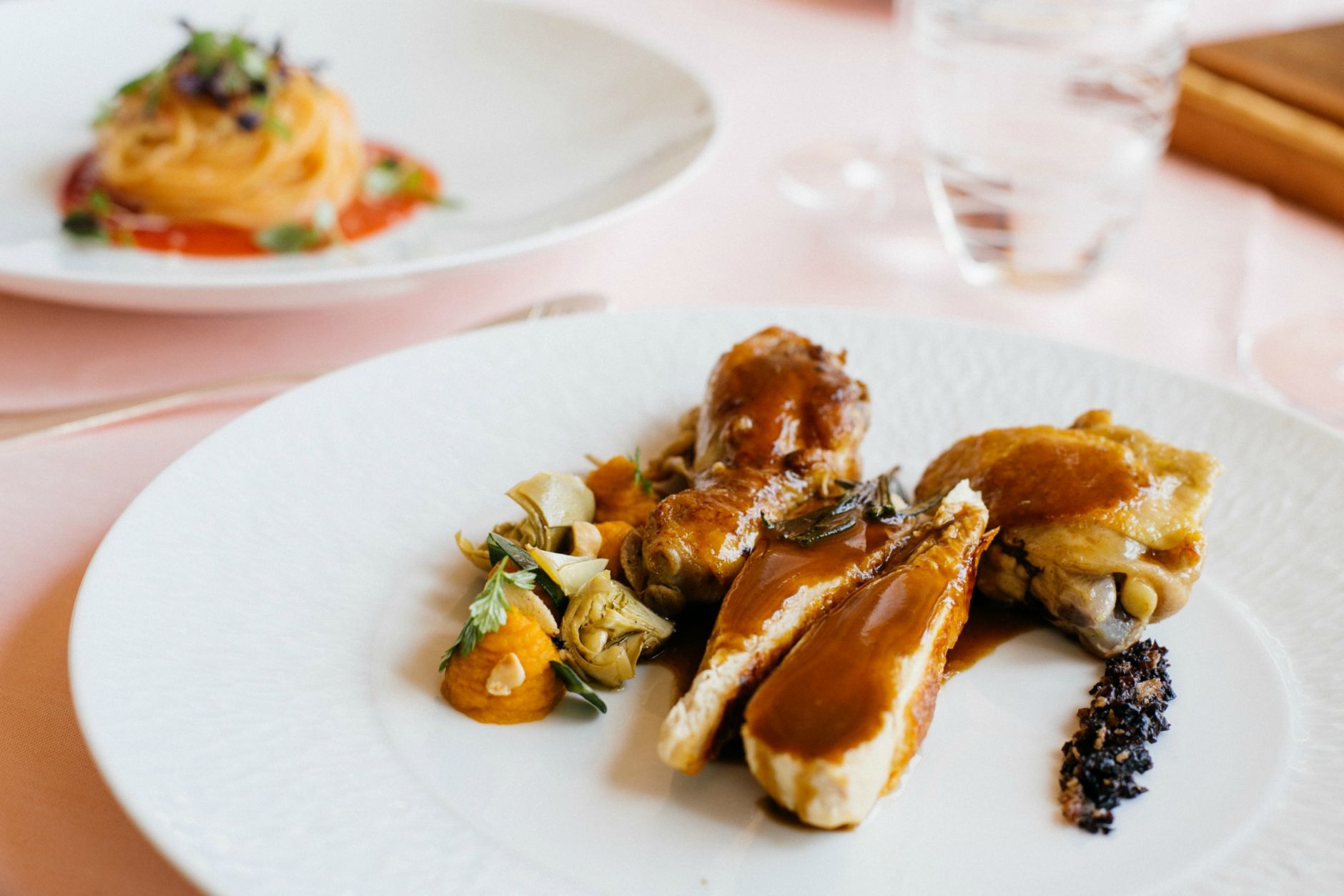 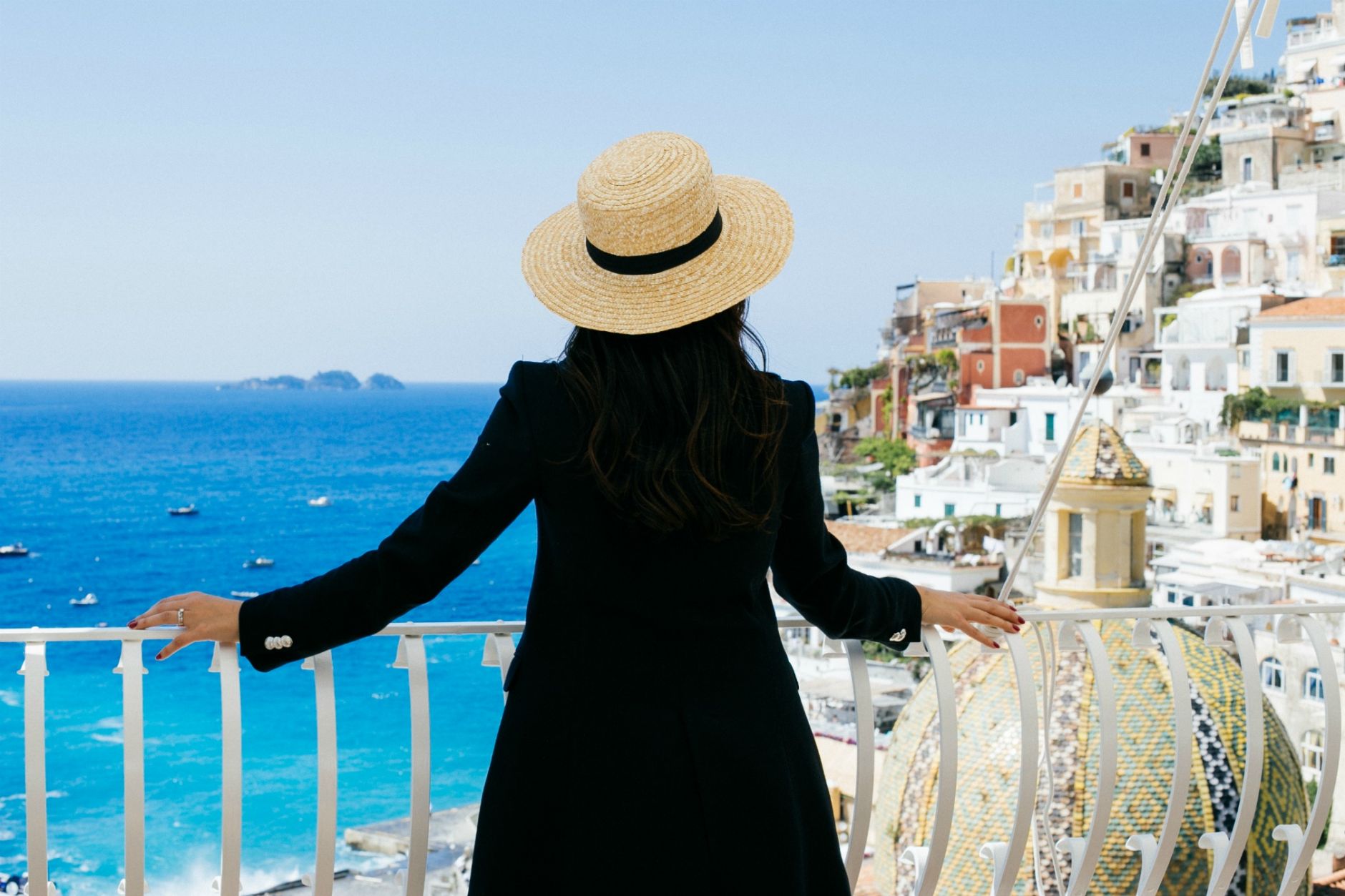 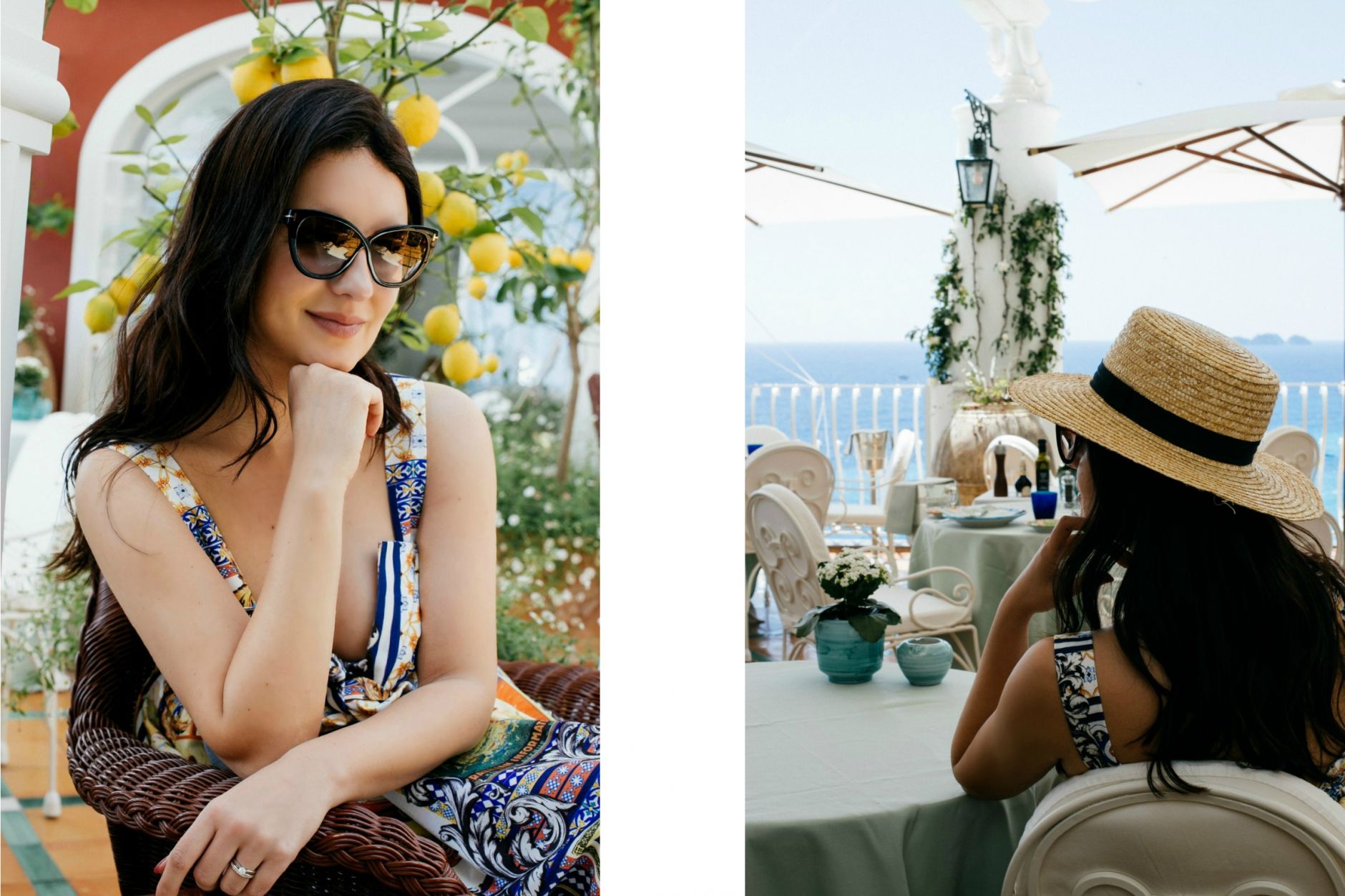 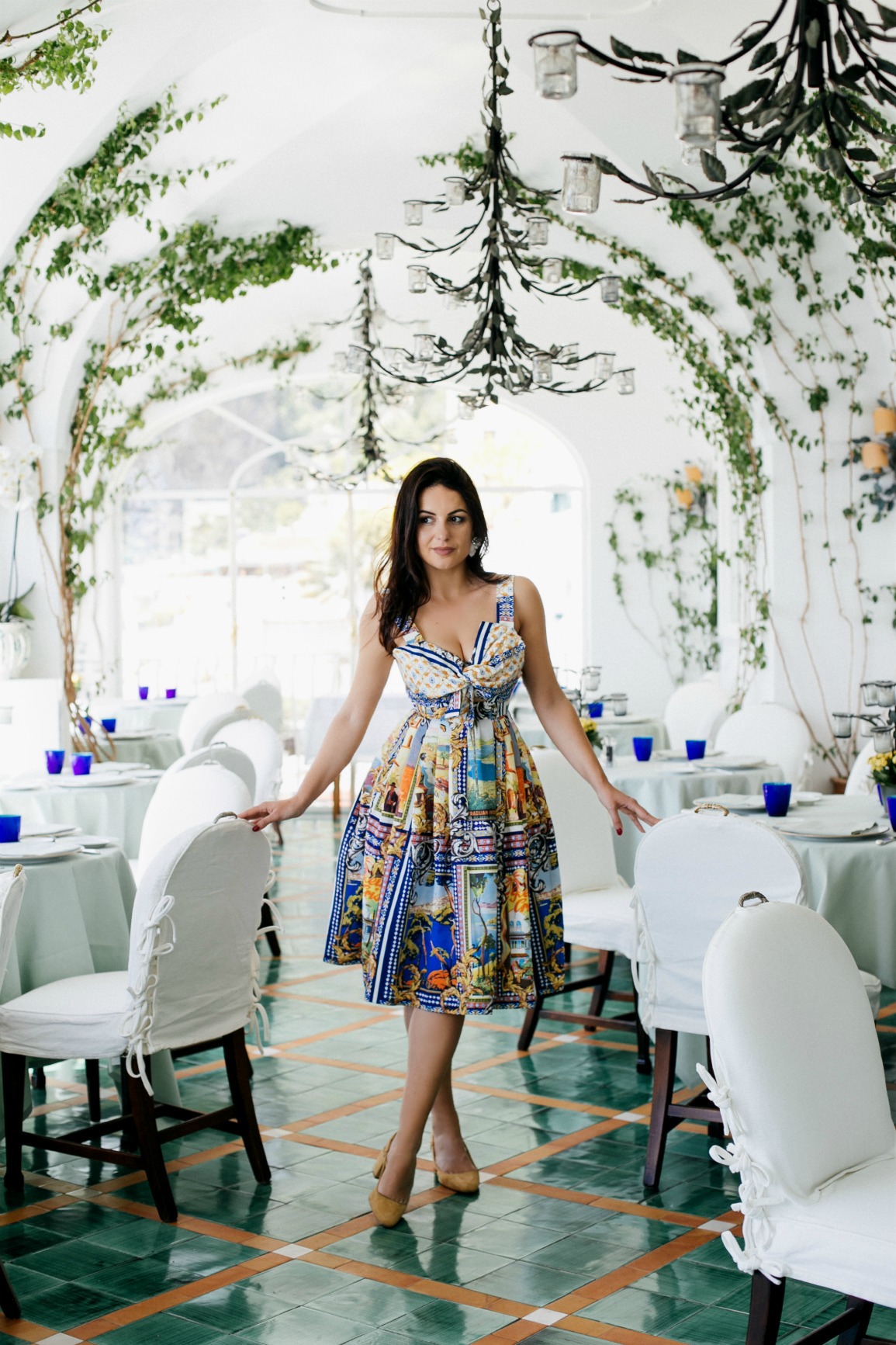 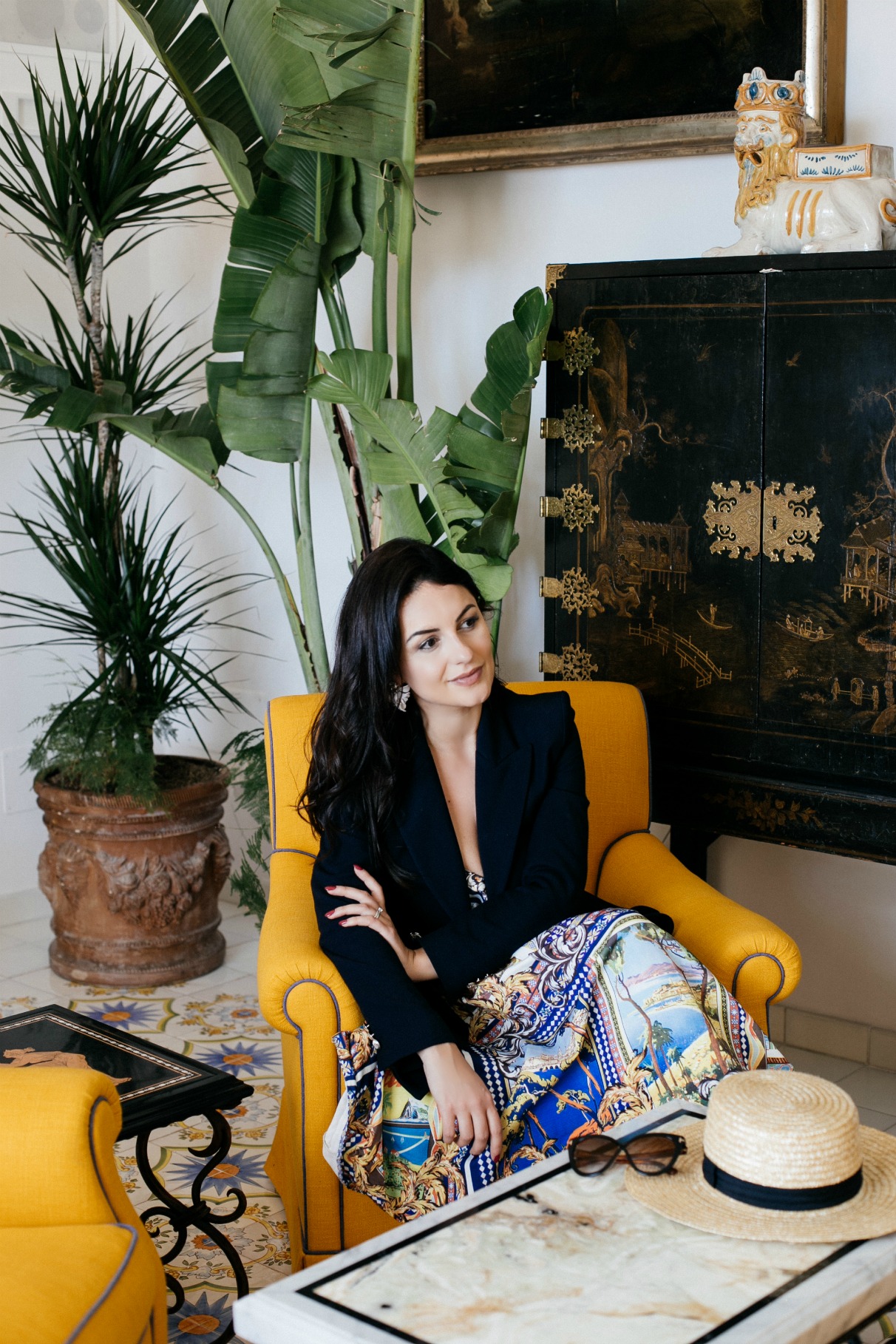 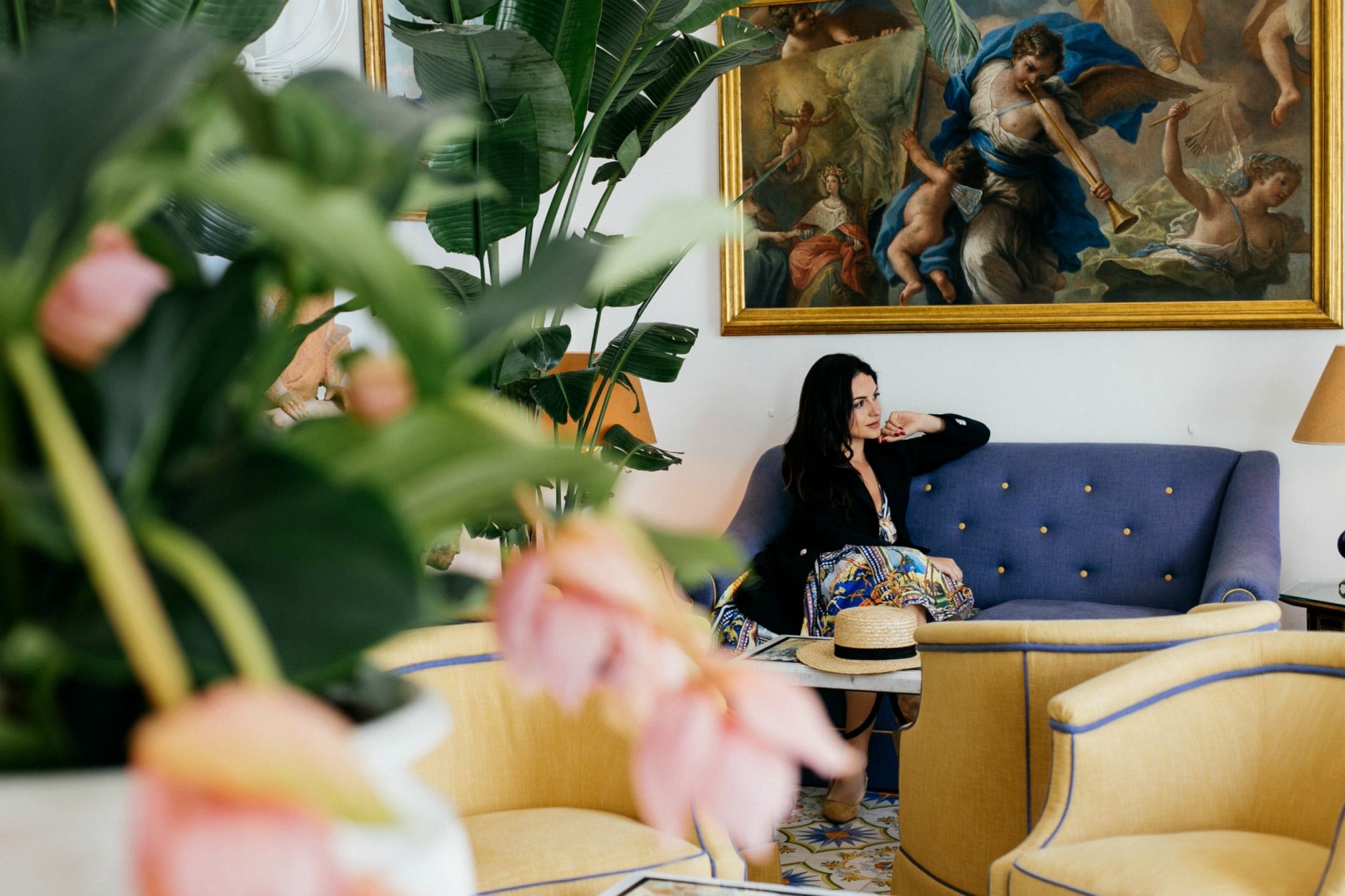 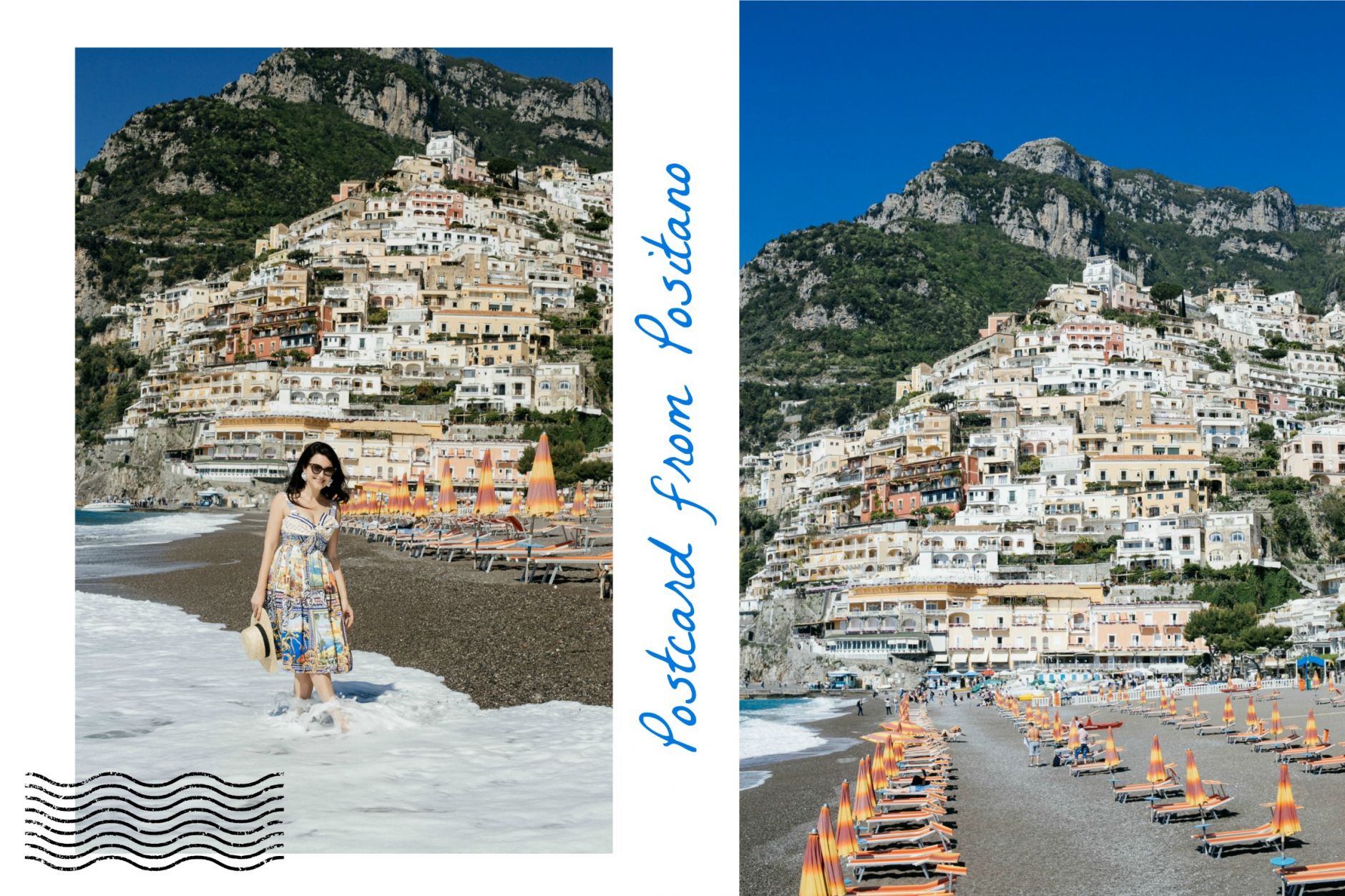 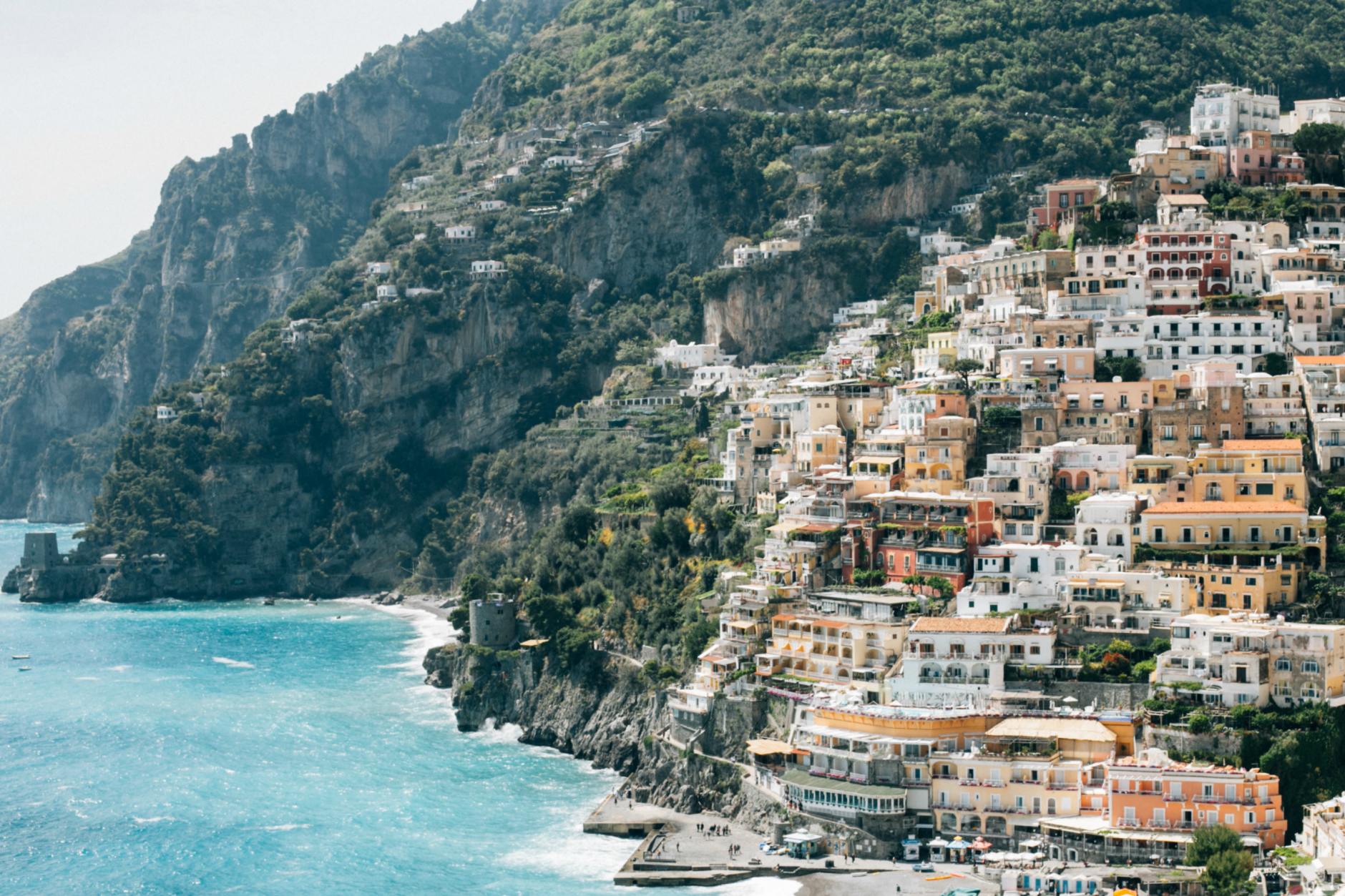 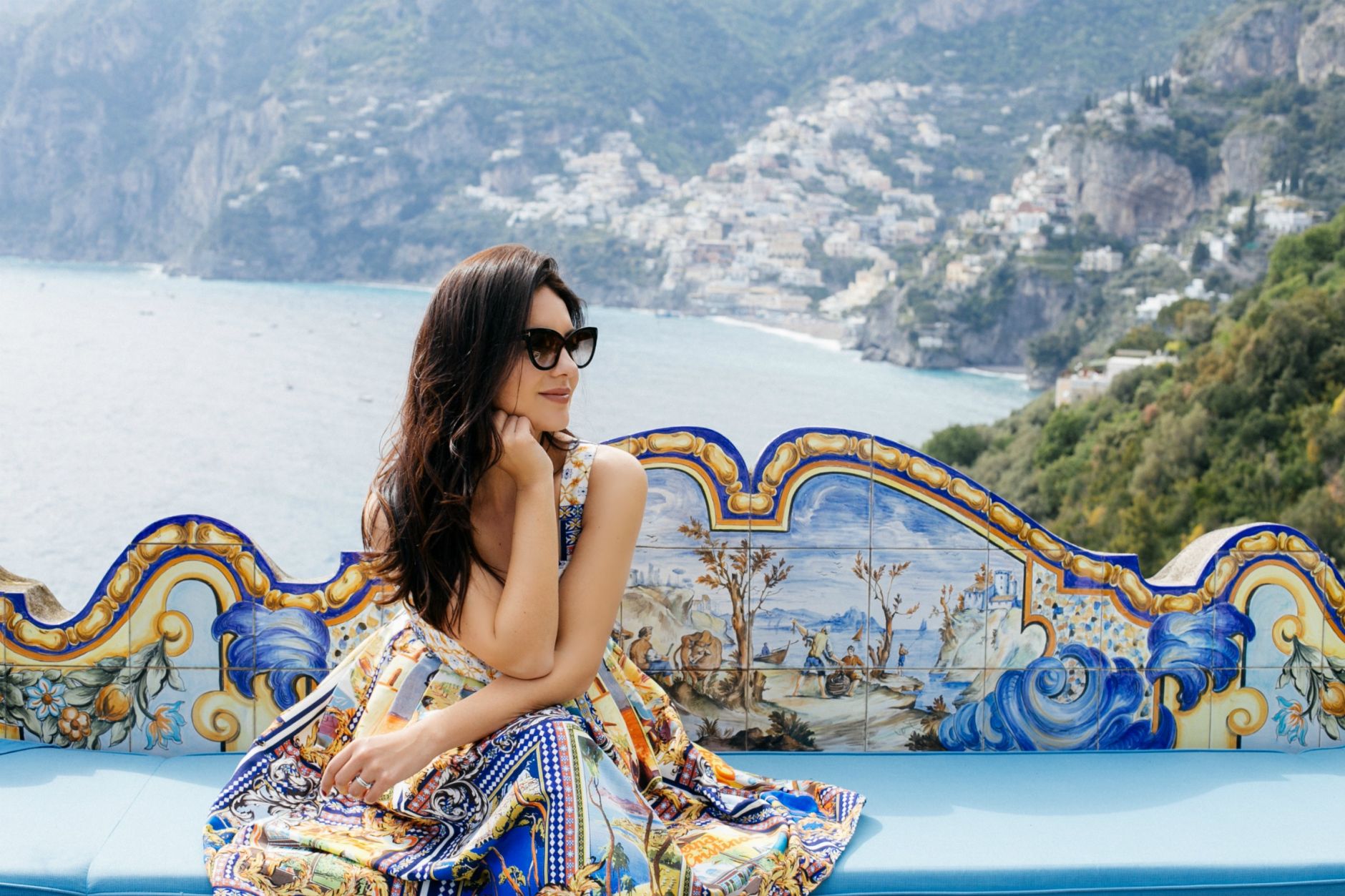 “One of the things that she loves most about the sea is how it can be both, a place to remember and a place to forget.” JmStorm 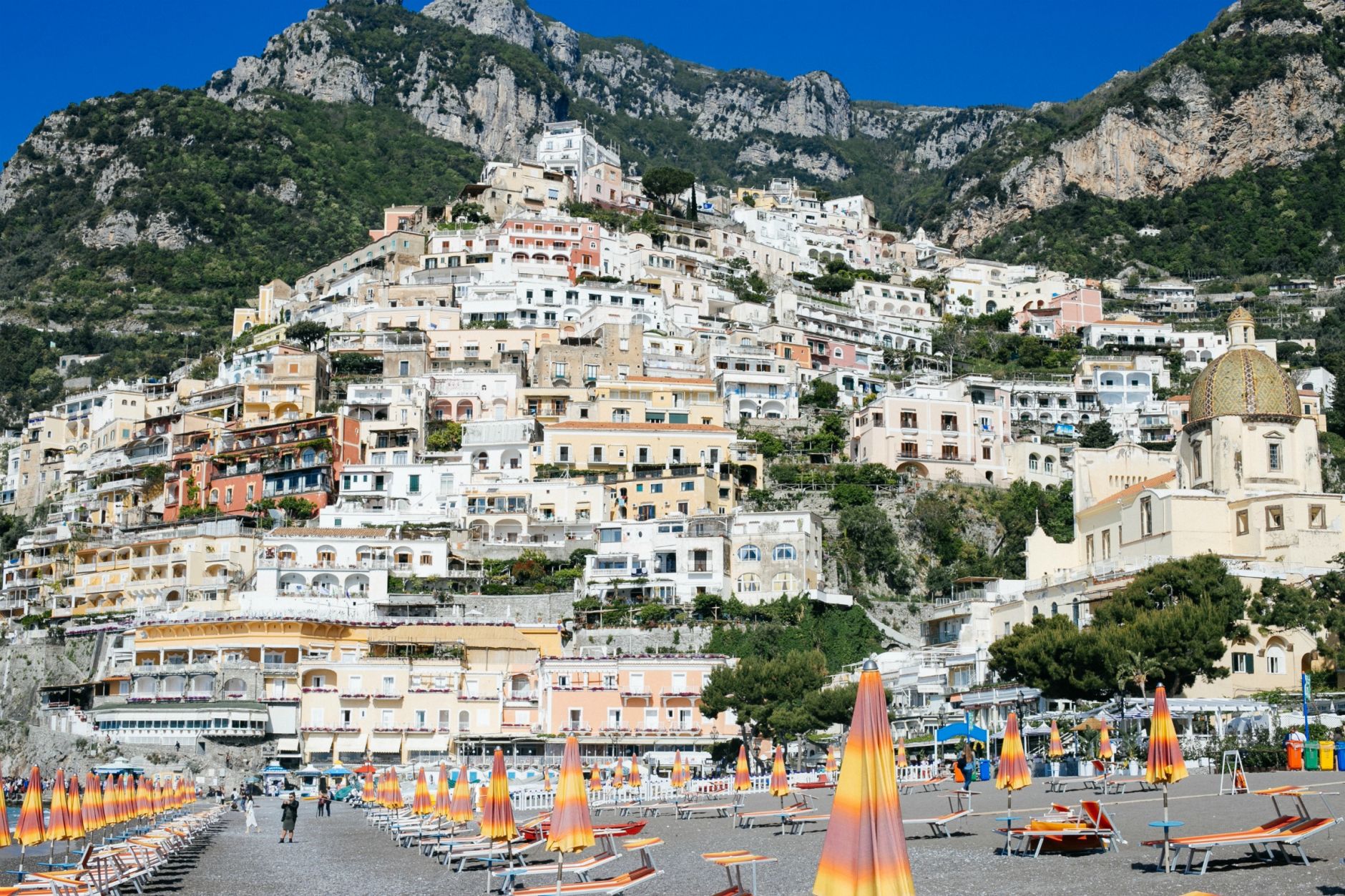 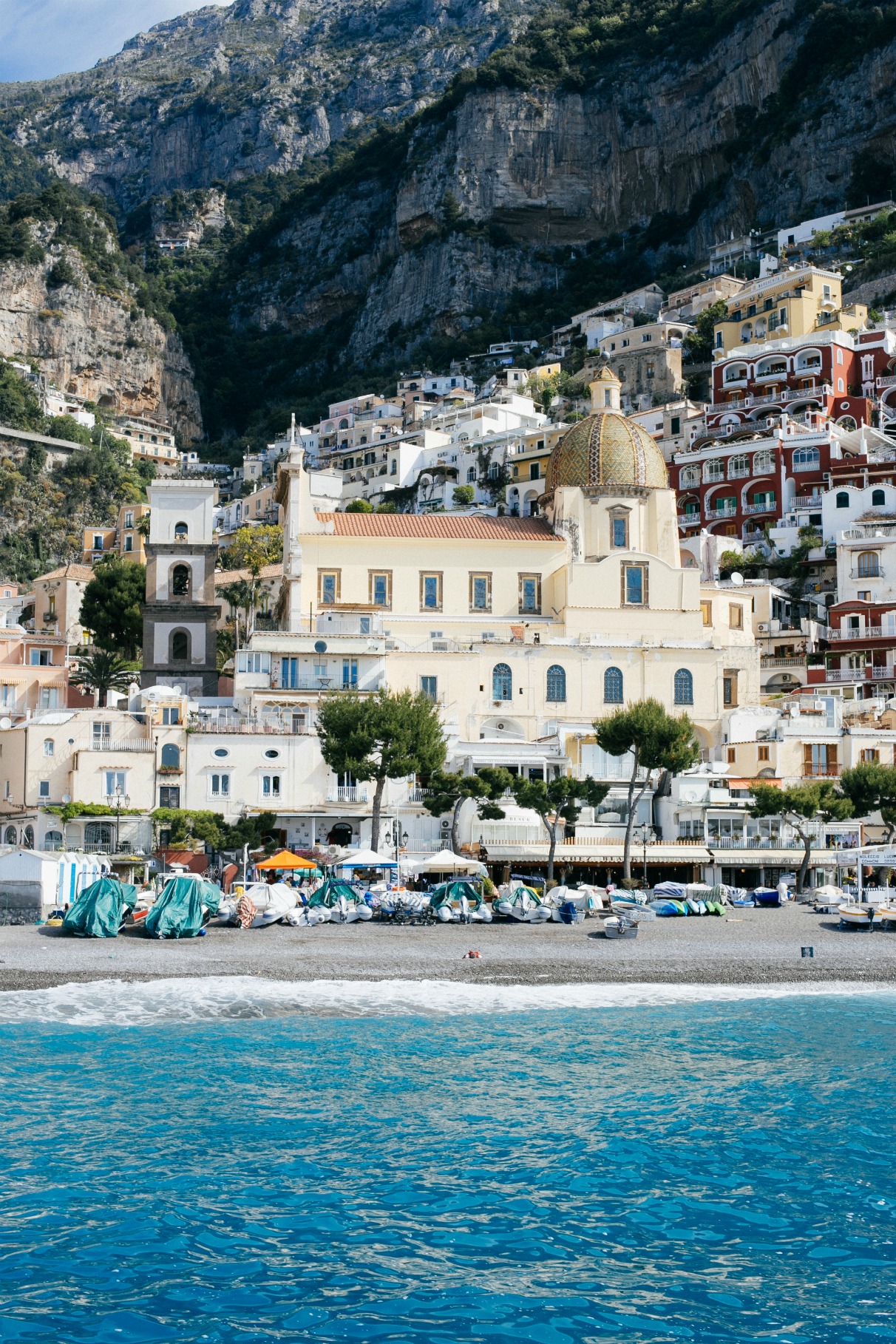