WHAT TO DO IN NICE, COTE D’AZUR FOR A WEEKEND? 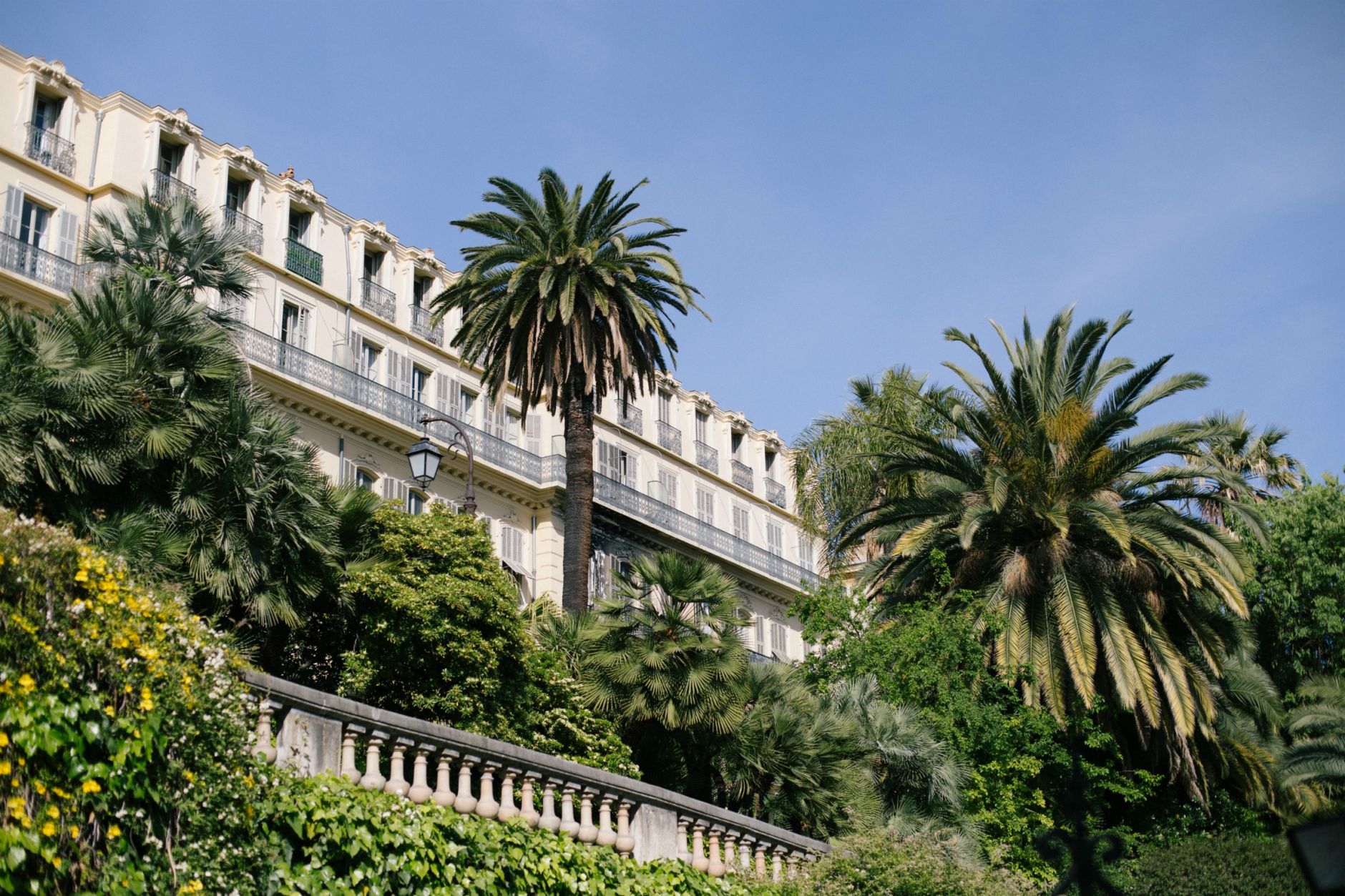 Finally I can share some photography impressions from my last visit to Nice and some nice tips about this beautiful city in south of France. Nice is famous for its belle époque architecture, long beach promenades and famous hotels. Less than a month ago, I went to Côte d’Azur for a special project, but I will tell you a lot more on my next blogpost. This time, I wanted to write an article, where I can share some images and to give you some useful tips!

Nice may not be as glamorous as other Riviera hotspots such as Cannes, St. Tropez and Monte Carlo, but is one of the liveliest cities along the coast. Nice is also ideal to stay and than to exploring the rest of the Côte d’Azur. Signature dishes include confit de canard, cassoulet, bouillabaise (fish soup), foie gras, ratatouille, escargots and Chateau Briand.

A typical breakfast begins with a bowl of café au lait, a croissant and a thin loaf of bread smeared with butter and jam. You can visit Nice at any time for a long weekend, but don’t forget that most of the hotels, restaurants and museums tend to close in November. The best time to visit Nice is in May/June and September!

HOTEL BEAU RIVAGE
24 rue St Francois de Paule
On the edge of the lively Old Town, one block away from the seafront. The hotel has a minimalist and polished architecture. Beau Rivage has a private beach, with a spacious deck, sun loungers and friendly staff. It’s beautiful indeed!

HOTEL LA PEROUSE
11 quai Rauba-Capea
Probably the most stunning sea view and breakfast under the lemon trees. This hotel is a wonderful place has half of which overlook the Bay of Angels, as well as is only minutes walk from the Old Town.

HOTEL NEGRESCO
37 promenade des Anglais
The landmark hotel, looks like a huge, pink-and-white wedding cake on the Promenade des Anglais is Nice’s most expensive seafront hotel. There’s no pool, jacuzzi or fitness centre, but that hasn’t stopped stars such as Michael Jackson or Isabelle Adjani to stay in this hotel when in Nice.

LE GRIMALDI
15 rue Grimaldi
The Grimaldi is a boutique hotel, renamed and newly renovated by Yann and Joanna Zedde. A belle époque townhouse in a quiet street, the Grimaldi has nice rooms, great breakfast and lovely staff.

HOSTELLERIE LE PETIT PALAIS
17 avenue Emile Biekert
This belle époque-style 25-room hotel is minutes from downtown Nice but pleasantly quiet. The sweeping views from the terraces of the first-floor rooms make up for the bland furnishings.

WHERE TO EAT & DRINK

AUBERGE DE LA MADONE
Peillon. For a memorable Sunday lunch, it is well worth venturing about 12 miles north of Nice to Peillon, where the Auberge de la Madone sits atop a vertiginous 15th-century village perché, with breathtaking views of the wild Alpes-Maritimes. The service is attentive but leisurely. If you are flying home on Sunday evening, allow at least 45 minutes to get to the airport.

JOUNI
10 rue Lascaris. This is a cosy, haute-cuisine bistro in the Old Port.

L’ANE ROUGE
7 quai des Deux-Emmanuel. This tranquil port-side restaurant has been awarded a Michelin star. Ignore the unremarkable interior and enjoy the explosive flavors of roast red mullet simmered in fennel and tomates confites, croustillant of cod with basil, or rabbit served with foie gras. Book a table outdoors in summer for a full view of the illuminated Parc du Château and the big, glamouros yachts.

L’AUTOBUS
142 avenue de Gairaut. L’Autobus may be hard to find, but once seated in its garden, surrounded by cypress and olive trees, you will be glad you made the effort. Established in 1928, it’s a friendly, family-run bistro with no-frills prices, serving dishes like garlicky squid salad, tourte de blettes (a flaky-crusted pie stuffed with Swiss chard), gnocchi with ceps and home-made tiramisu. It is a popular spot in summer so book ahead.

LA MERENDA
4 rue de la Terrasse. Being immensely popular, and having no telephone, La Merenda is hard to get into. The restaurant is run by Dominique le Stanc, former head chef of the Negresco’s famed Chantecler of which it is the absolute antithesis. This restaurant is astonishingly good!

LA PETITE MAISON
Directly opposite the Opera House, at 11 rue St-François-de-Paule. Definitely, one of my favorite restaurant La Petite Maison is fashionable and crowded. It is also the late-night dining spot of choice for visiting glitterati. Heavily good dishes!

LE SAFARI
1 Cours Saleya- Of the Old Town bistros, Le Safari is wildly popular with the young French crowd, despite (or because of) the deafening pop music. The food is authentic and good, much of it cooked on an open wood fire.

CHEZ THERESA
Cours Saleya market, Vieux Nice area. There is always a queue at the Chez Thérésa stand for her paper-thin crepes made from chickpea flour and olive oil, cooked in huge open pans and eaten hot with a sprinkling of black pepper. Open Tuesday to Sunday mornings.

Nice is still rejuvenating itself, and many of the attractions such as the Chagall and Matisse collections, Russian Orthodox Cathedral built in memory of Grand-Duke Nicolas, and the atmospheric churches of the Old Town etc.

OPERA DE NICE
Now that the facelift of its façade is complete, the Opéra de Nice stands out as one of the loveliest examples of 19th-century architecture in the city. Its programme of symphonies, ballet and opera features top-notch visiting performances.

ILE SAINTE MARGUERITE
This island, off the coast of Cannes, is a day trip from Nice. A peaceful sanctuary of pine and eucalyptus trees, winding paths and rocky turquoise creeks, it’s a superb place for a picnic and there’s the added attraction of the Musée de la Mer in the Fort Royal, where legend has it, the Man with the iron mask was imprisoned for 11 years.

L’ATELIER SOARDI
8 rue Desire Niel. Once the workshop of Henri Matisse, this is now a private gallery presenting seasonal shows featuring the Ecole de Nice, a group of experimental artists who got together in the city in the 1960s. Soardi also offers guided cultural excursions to Nice and Vence to explore Matisse’s ever-evolving approach to his art.

COLLINE DU CHATEAU
Parc du Château: Vieux Nice area. Climb the stairs to the top of the grassy park known as the Colline du Château, where Greeks settled in the 4th century and created a city called Nikaia after the goddess of victory. For magnificent views, continue further up to the highest point, where Friedrich Nietzsche would often stroll while composing his masterwork, Thus Spake Zarathustra.

Nice is also an ideal base for exploring the rest of the Côte d’Azur. Cannes is only 40 minutes away by train, or go to Antibes for sandy beaches, winding streets and the Picasso Museum.

Don’t miss Galeries Lafayette, a department store brimming with treasures and of course the Avenue Jean Médecin, that is the Oxford Street of Nice. Also avoid the tacky Rue de France, but do stroll along the Rue Paradis adjoining it, where most of Nice’s international designer stores offer the choice and sophistication of Paris (or Milan for shoes) on a compact scale. Boutique 3, at 3 rue Longchamp, sells creamy tablecloths, white linen shirts, shawls and desirable shoes in neutral colors, such as Edith Mezard’s cashmere mules and her Eau de Ligne. Movida at 2 rue Longchamp, sells a mix of cool sportswear from France (Mugler), Italy (Exté, D & G) and the UK (Paul Smith). Equinoxe, rue de la Buffa, sells second-hand designer clothes – Versace, Dolce et Gabbana, Anna Sui.  Porte du Sud, at 19 rue de la Préfecture, sells modern versions of the quilts, or boutis, that no marriageable Provençal girl would have been without.

ALZIARI
14 rue Saint-François-de-Paule. This is a shrine for lovers of olive oil. You can buy its oil in London and New York, but get it here for a third of the price, in beautiful cans that preserve the oil better than bottles. The shop is an Ali Baba’s cave that also sells tapenade and other delicacies, including orange-blossom water (reputed to send fretful babies to sleep). Auer, just across the street, proclaims ‘170 Ans de Pères en Fils’: a magical patisserie/confiserie with a small teashop tucked in the back, it sells delicious jams.

LA PART DES ANGES
17 rue Gubernatis. This small, inviting shop is where all the star chefs come for tastings and to replenish their own cellars. Owner and sommelier Olivier Labarde offers expert advice on his superb selection of local and rare vintages and serves excellent bistro fare at a handful of tables in the back of the shop.

LES EAUX DE MARS
11 rue Defly. The latest arrival on a newly fashionable street near the Museum of Modern and Contemporary Art, this boutique sells one-off pieces for women and children, from 15 young, mainly Italian designers.

LIBRAIRIE GALERIE JACQUES MATARASSO
2 rue Longchamp. This tiny bookstore and gallery is a pioneering business that sells original lithographs by many great artists from Matisse to Ernst, plus a rare selection of contemporary art books, first editions and engravings. 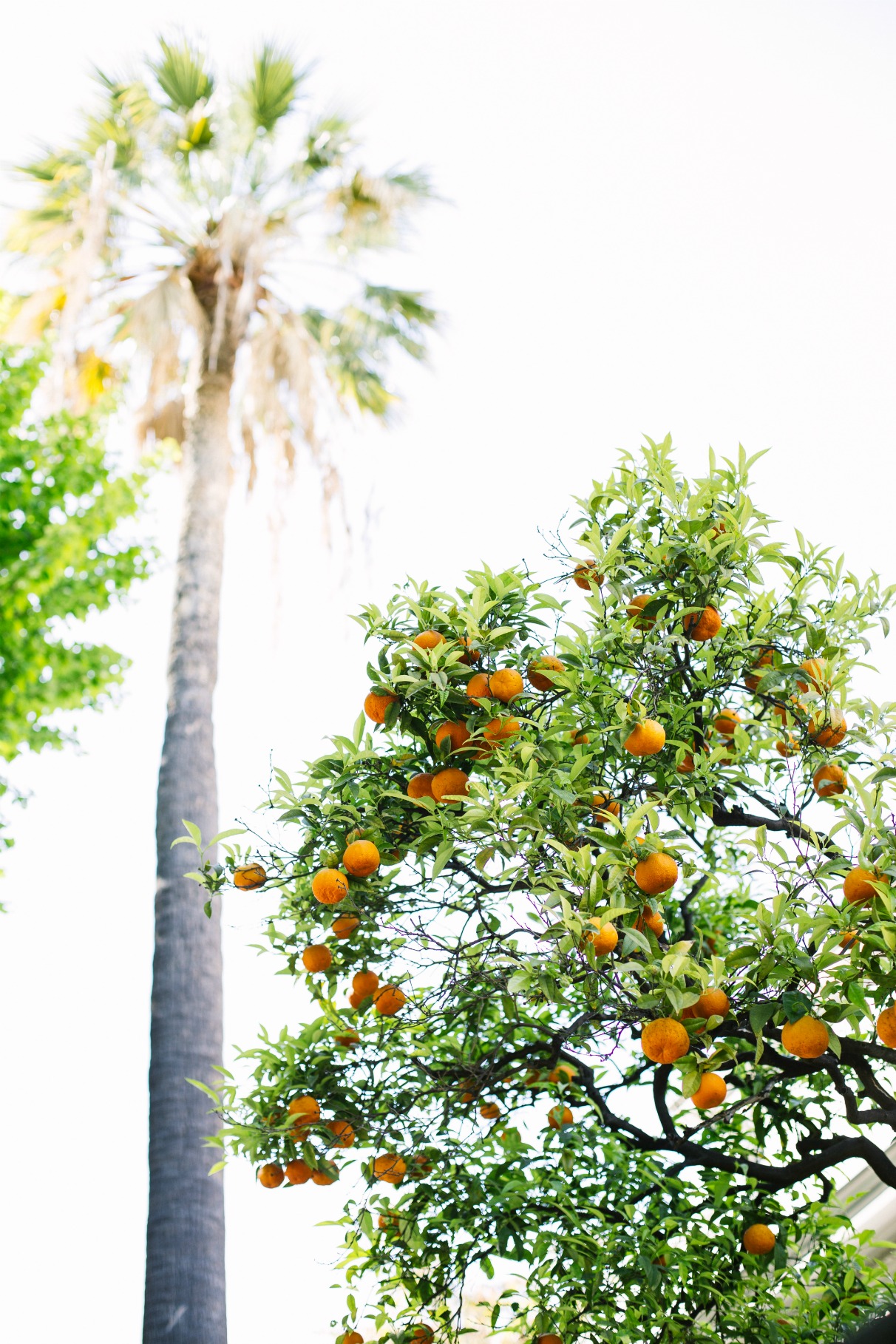 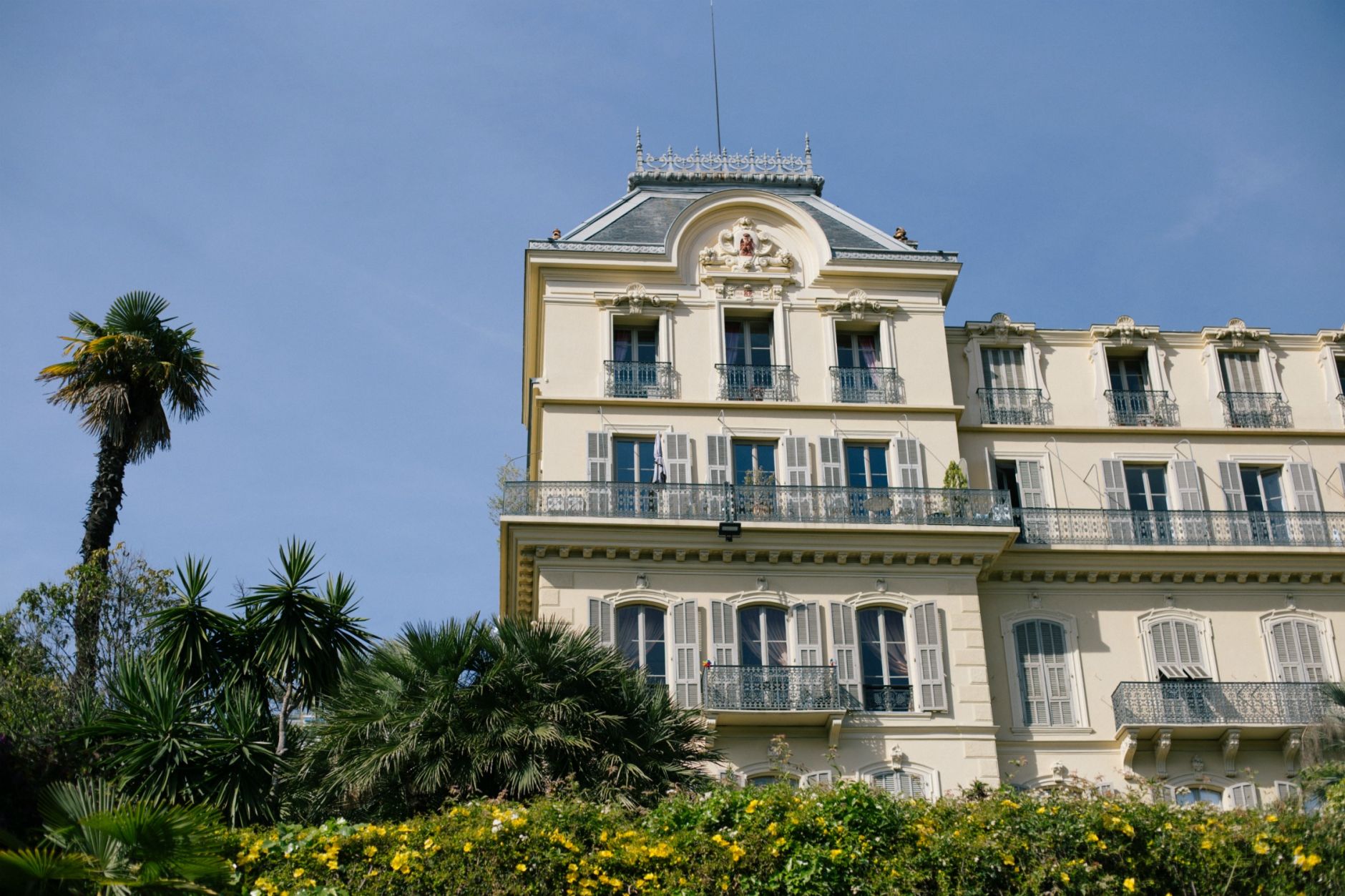 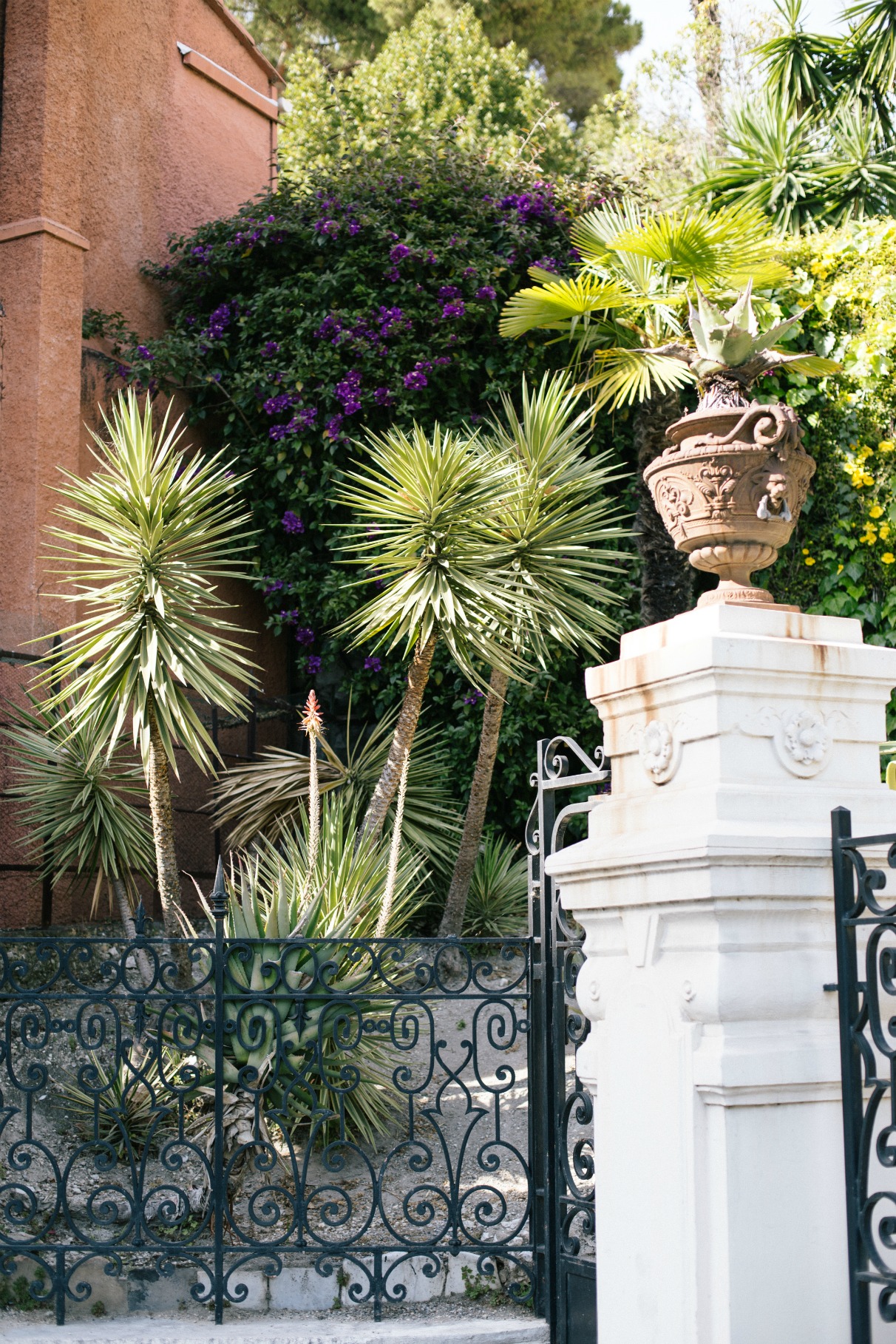 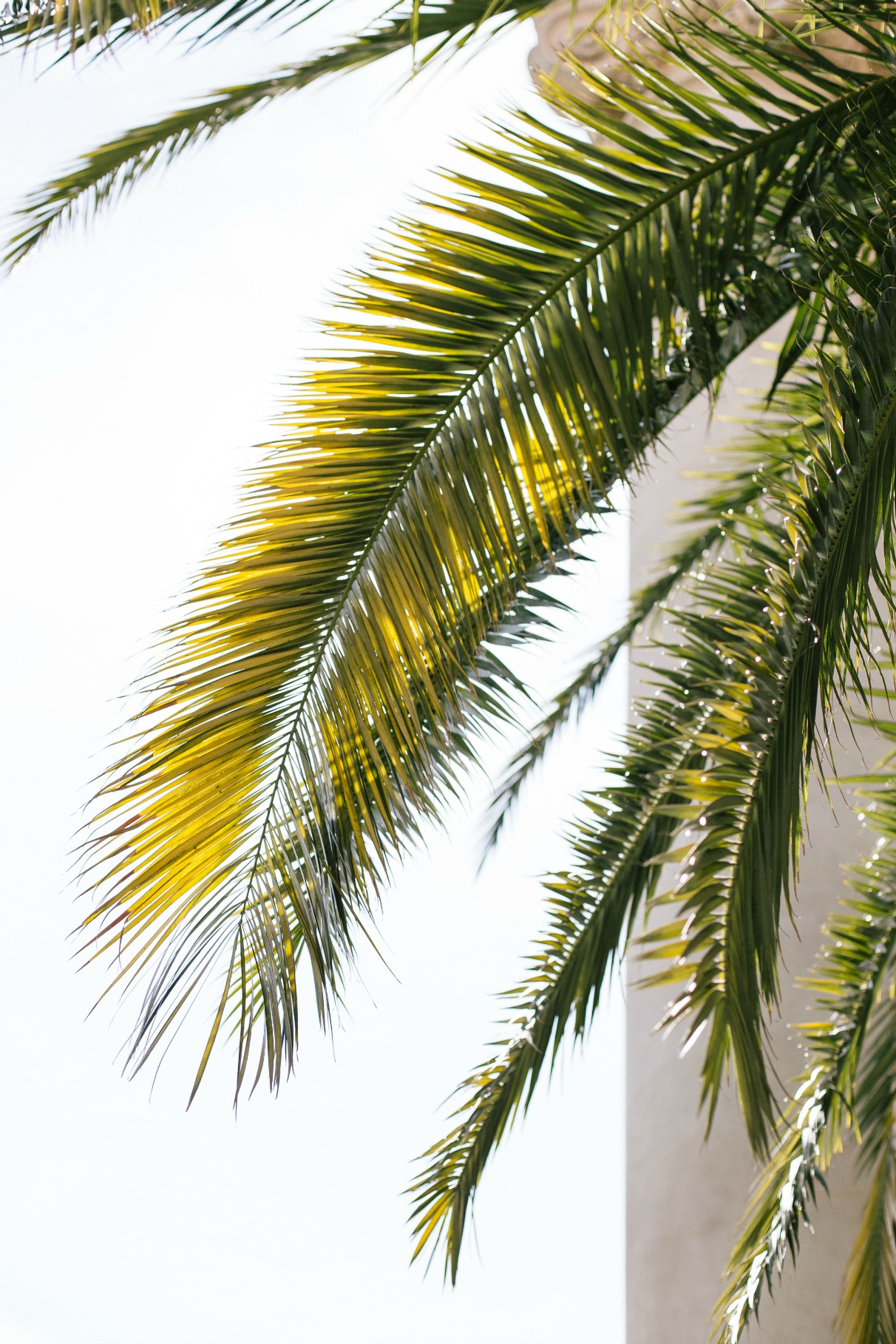 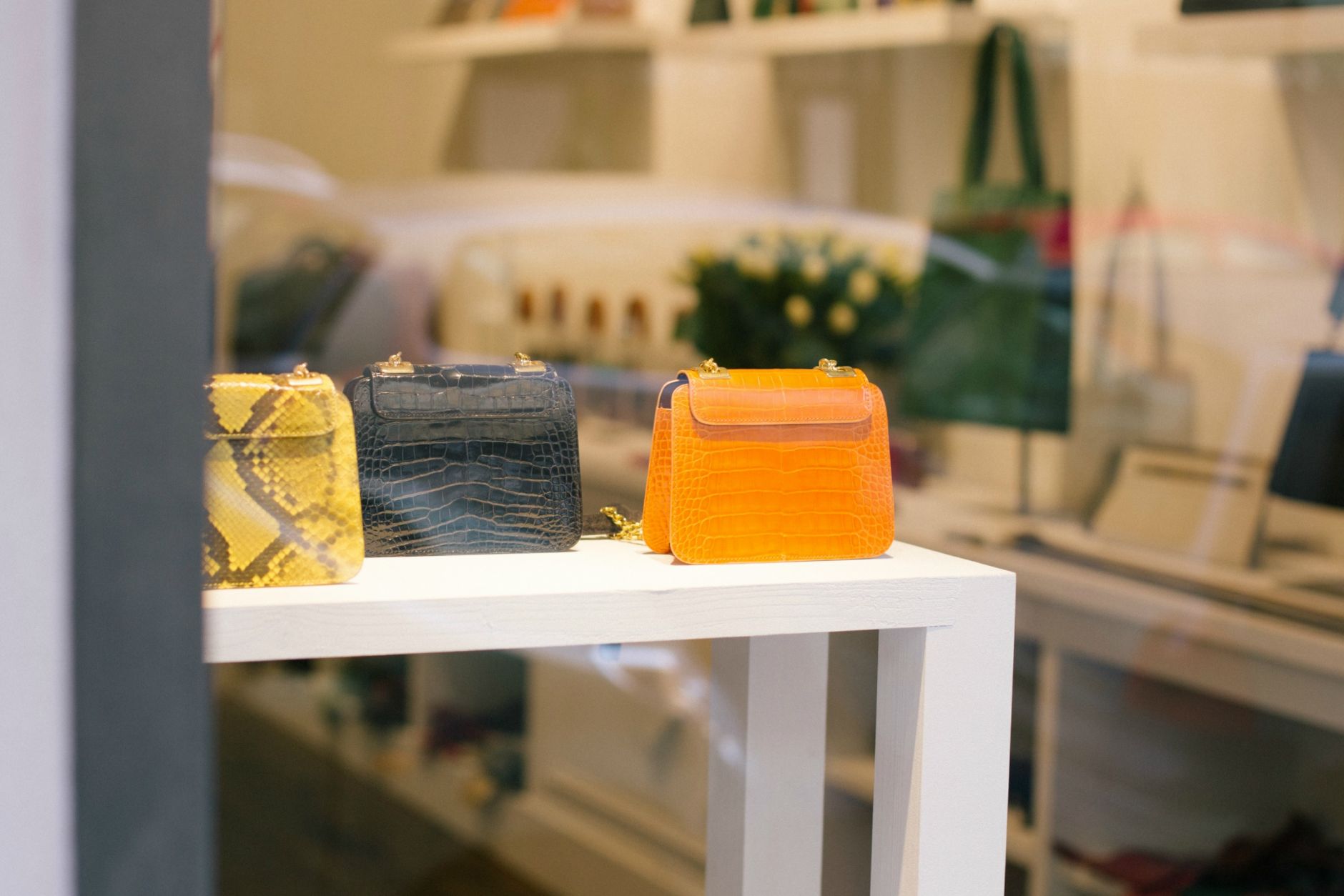 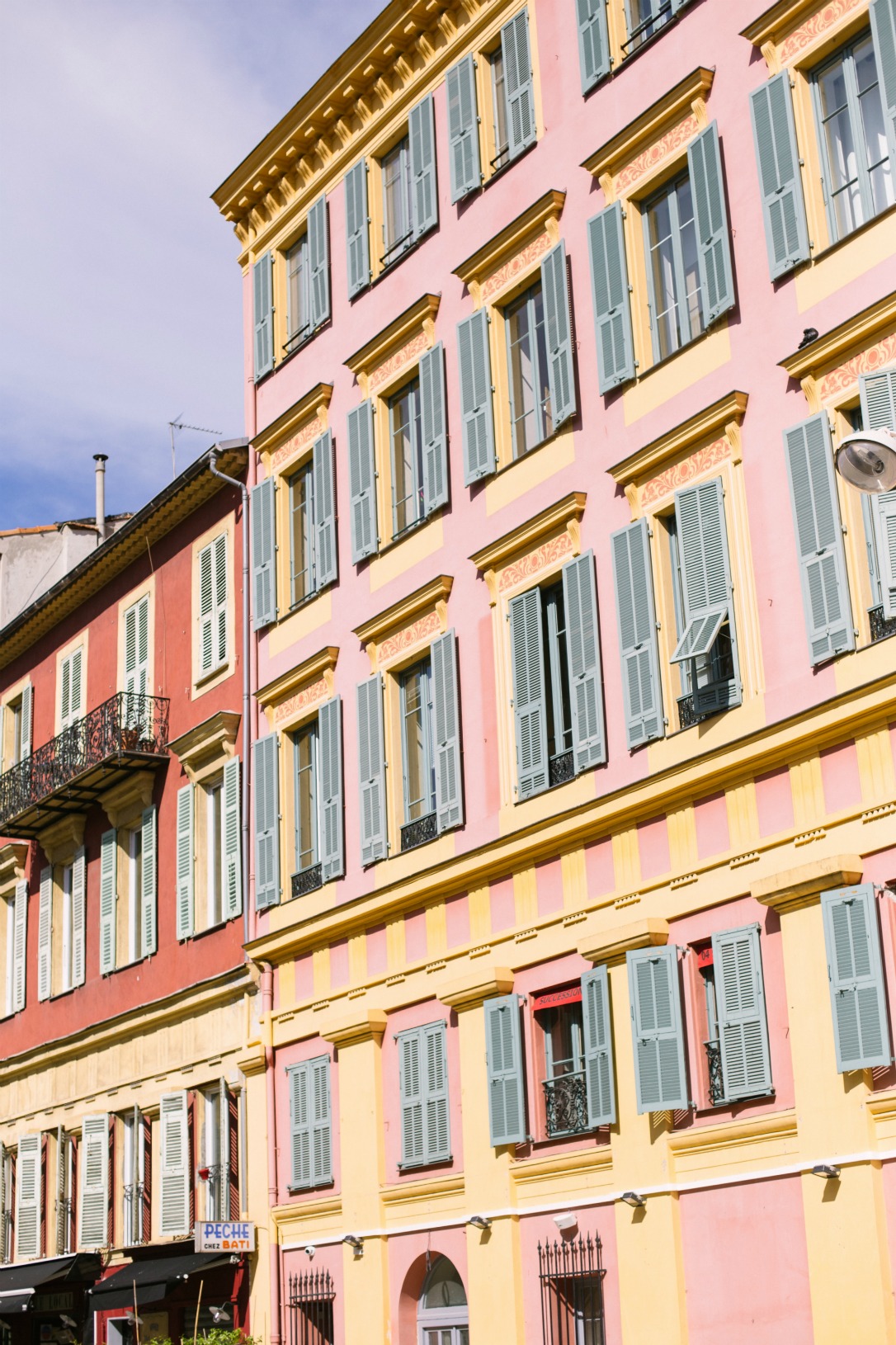 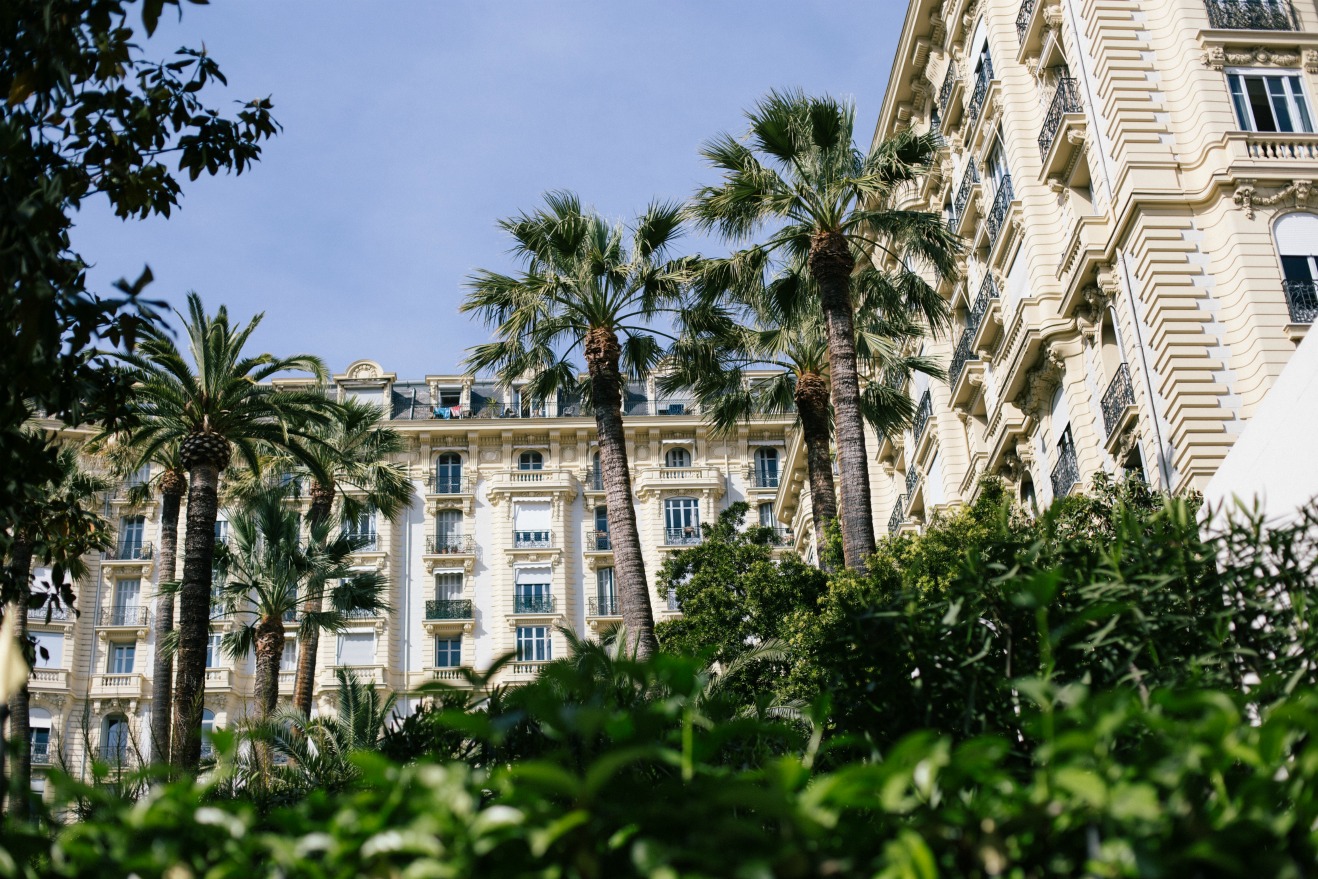 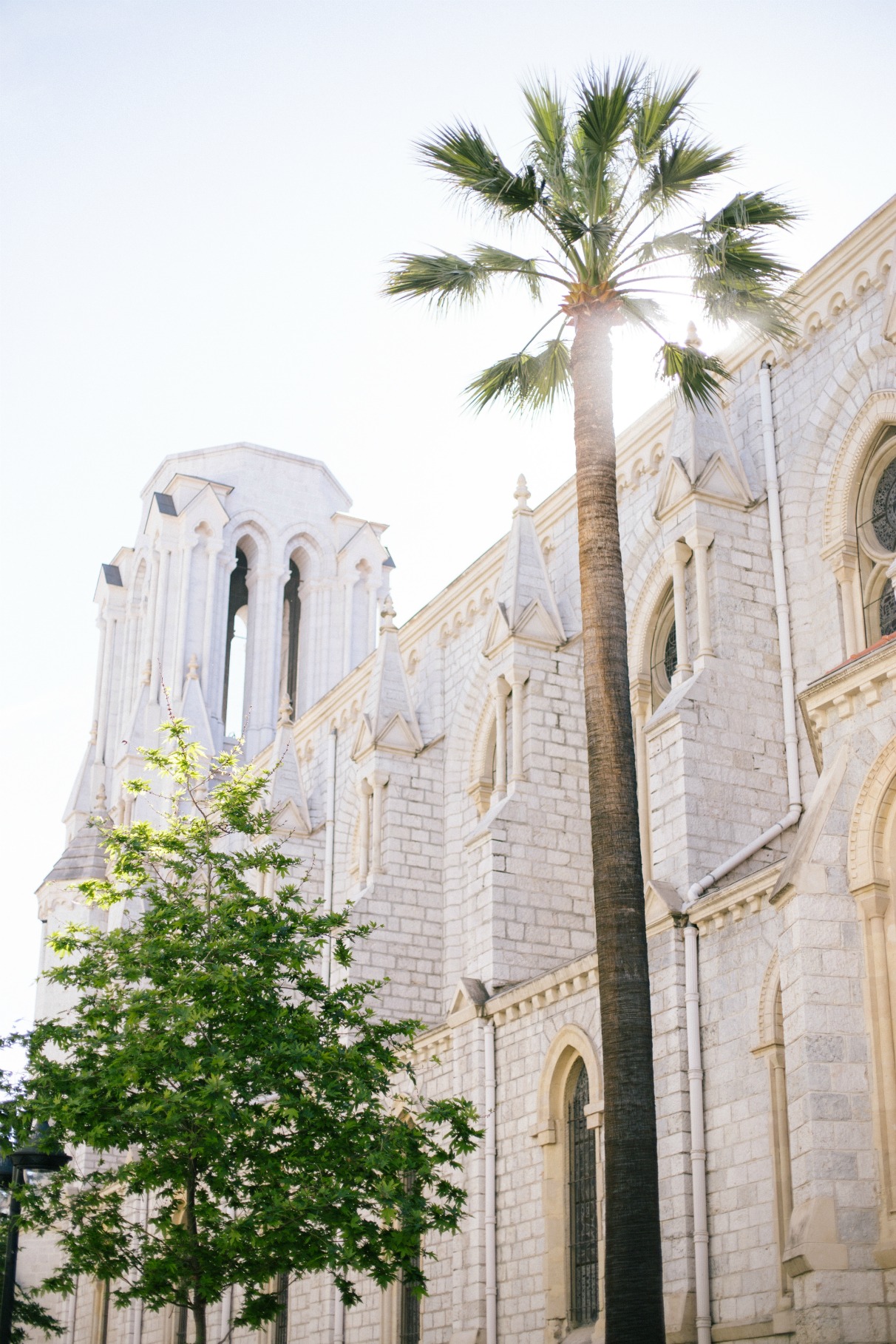 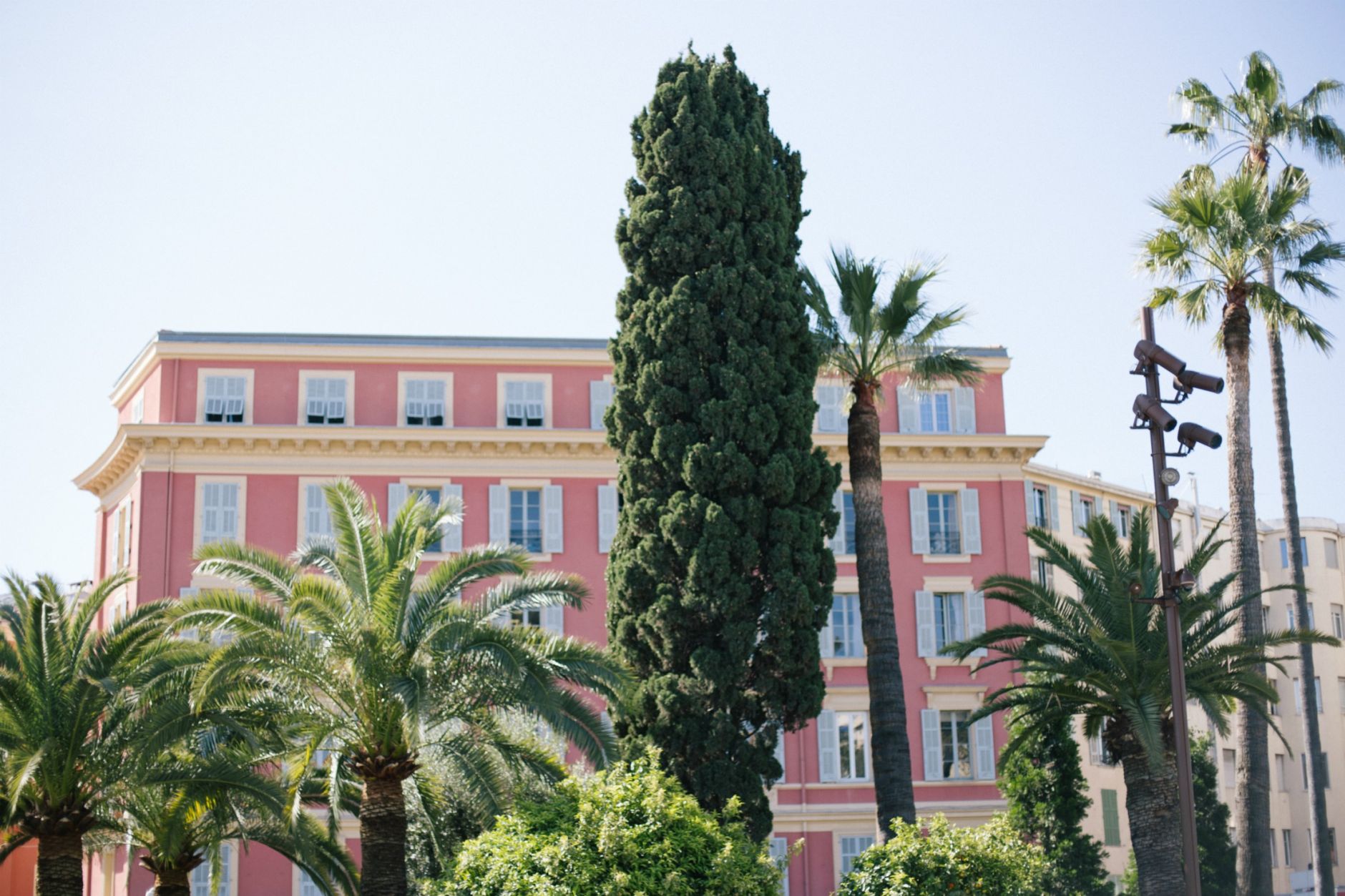 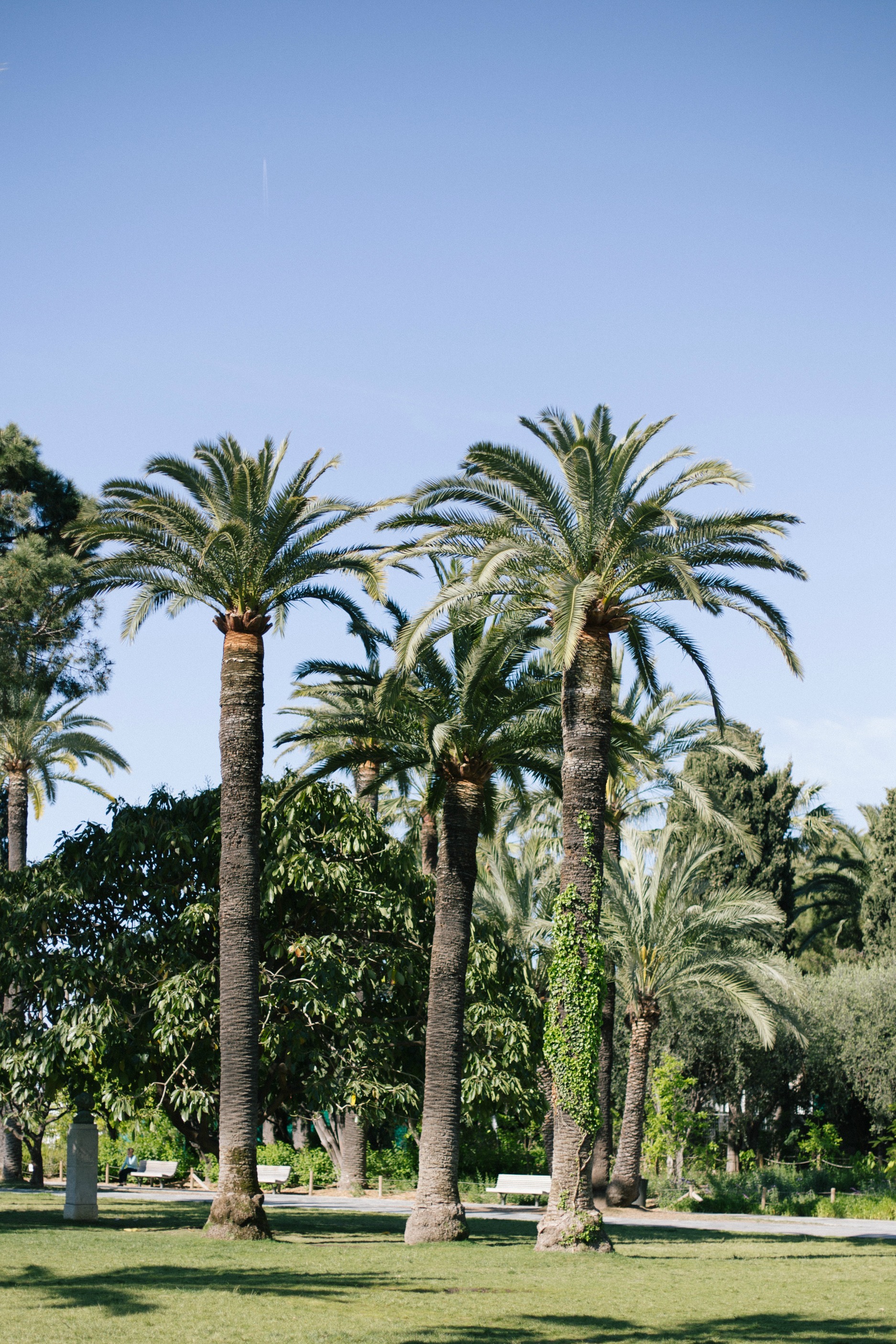 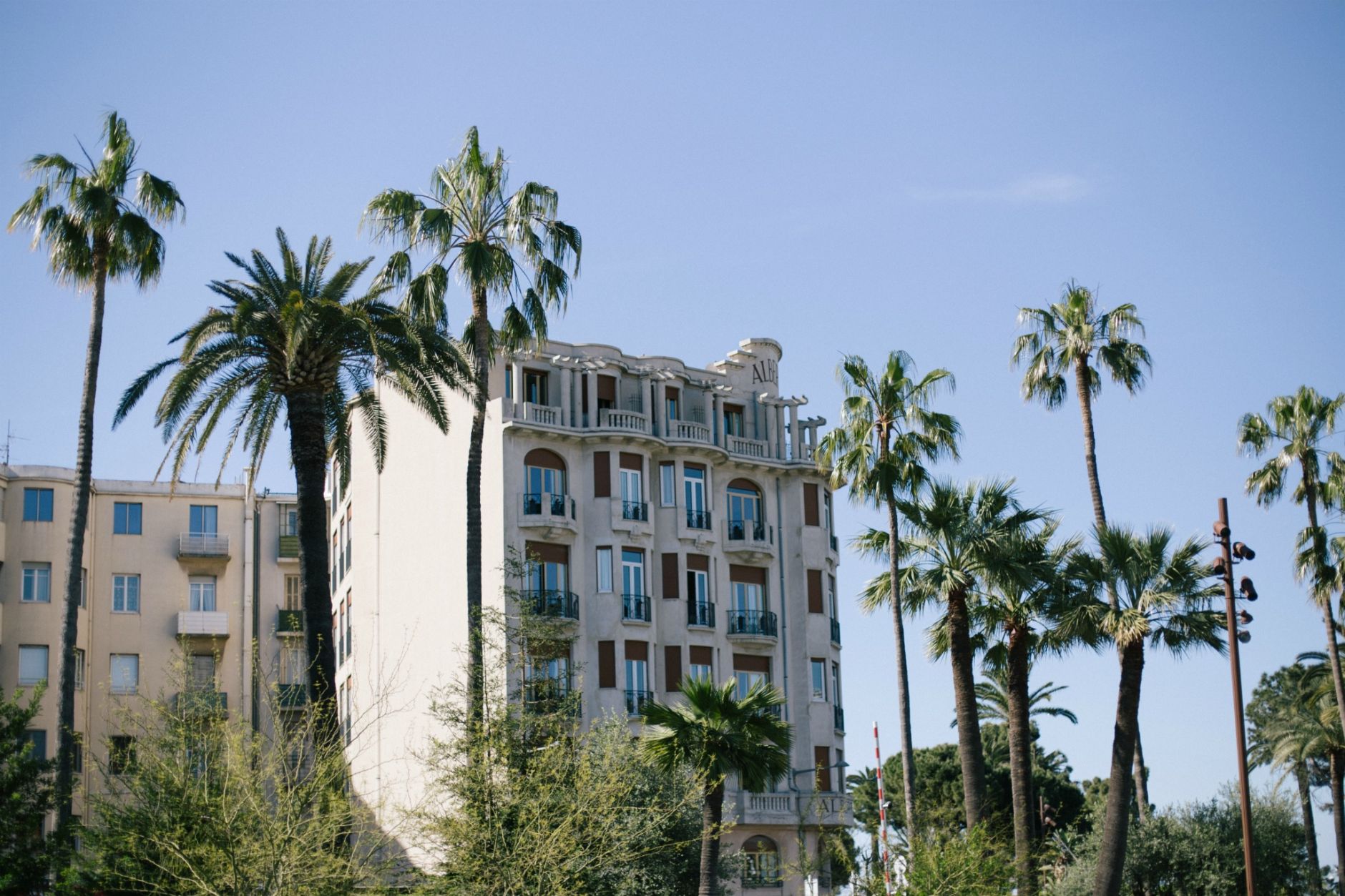 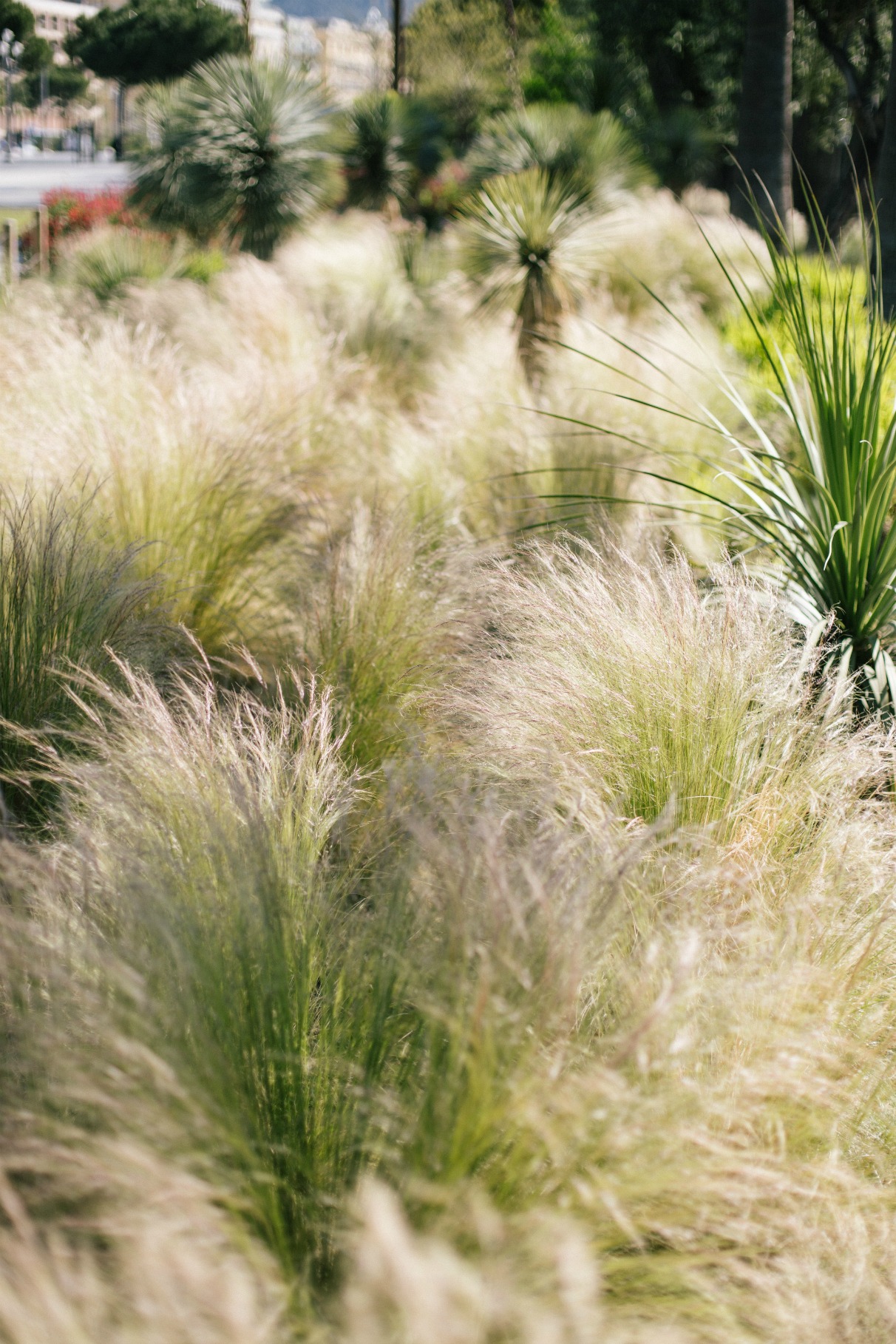 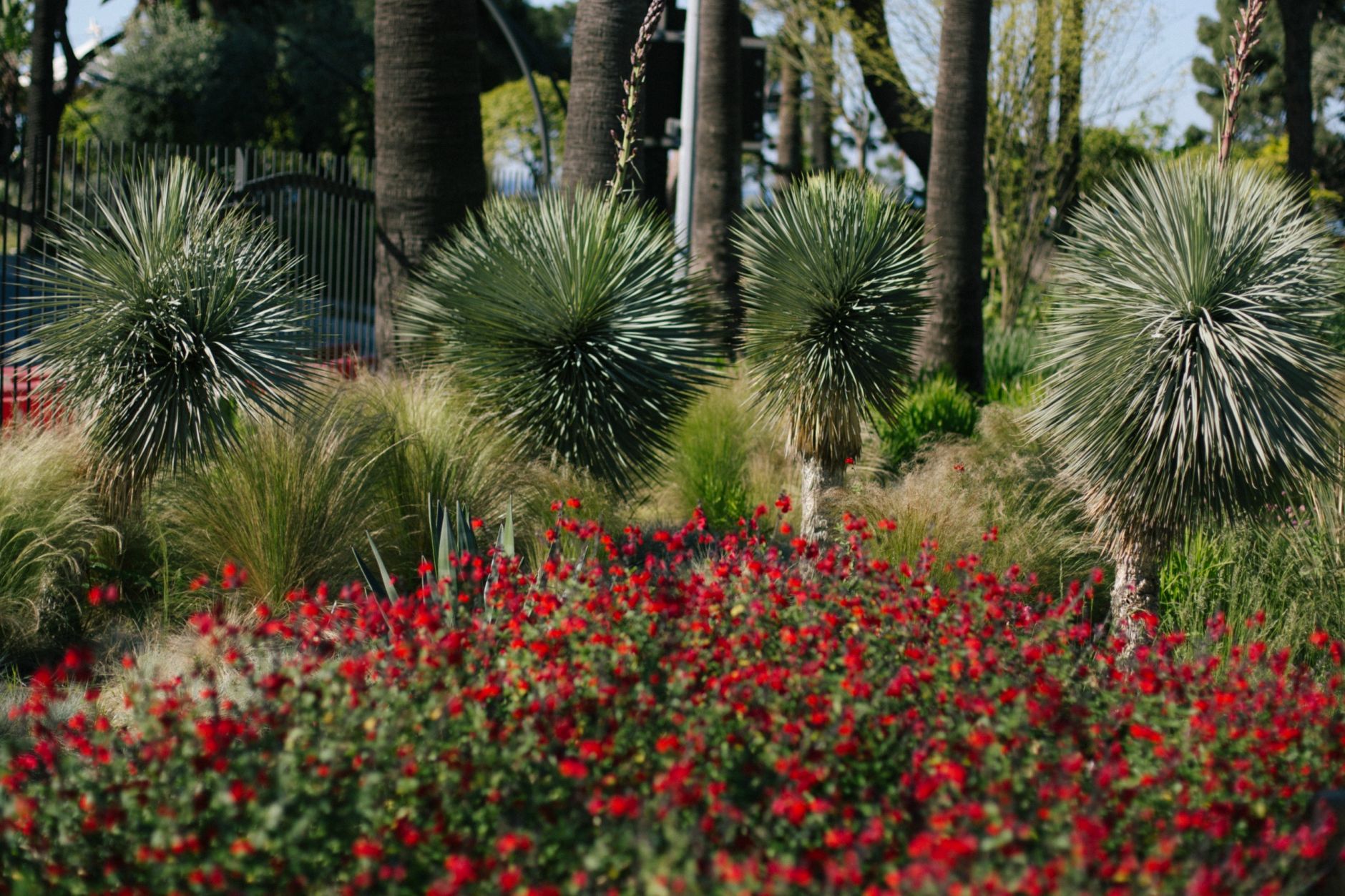 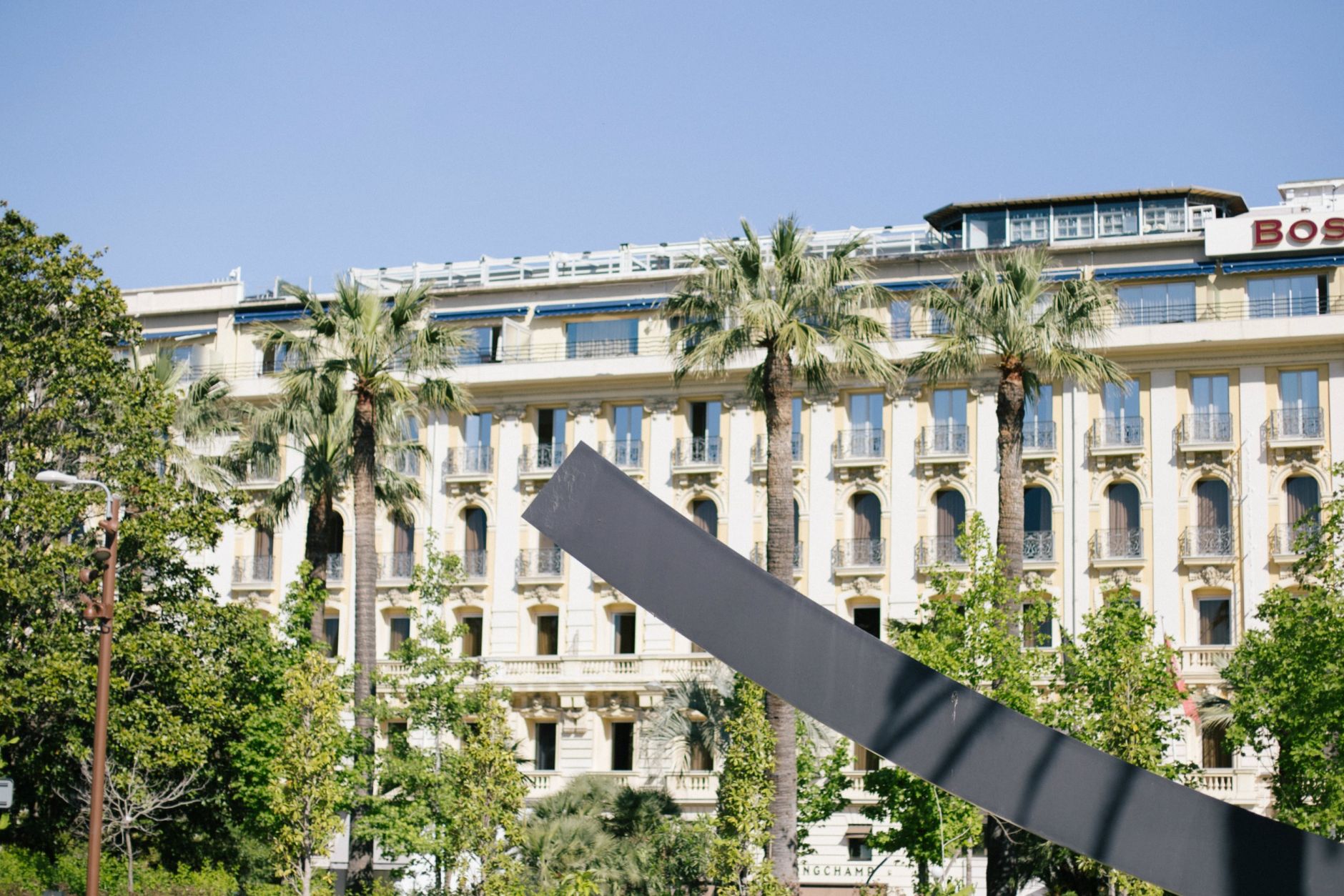 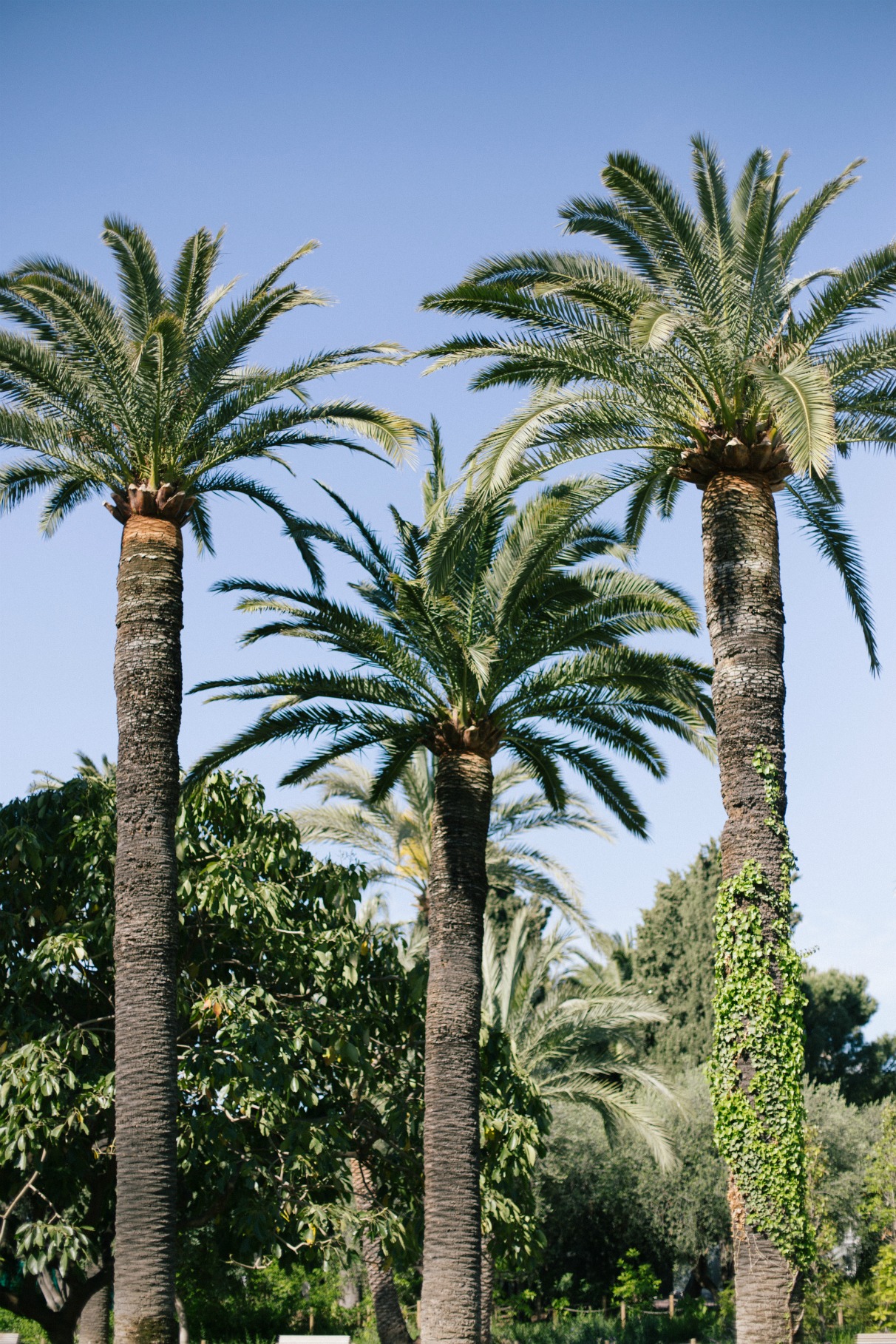 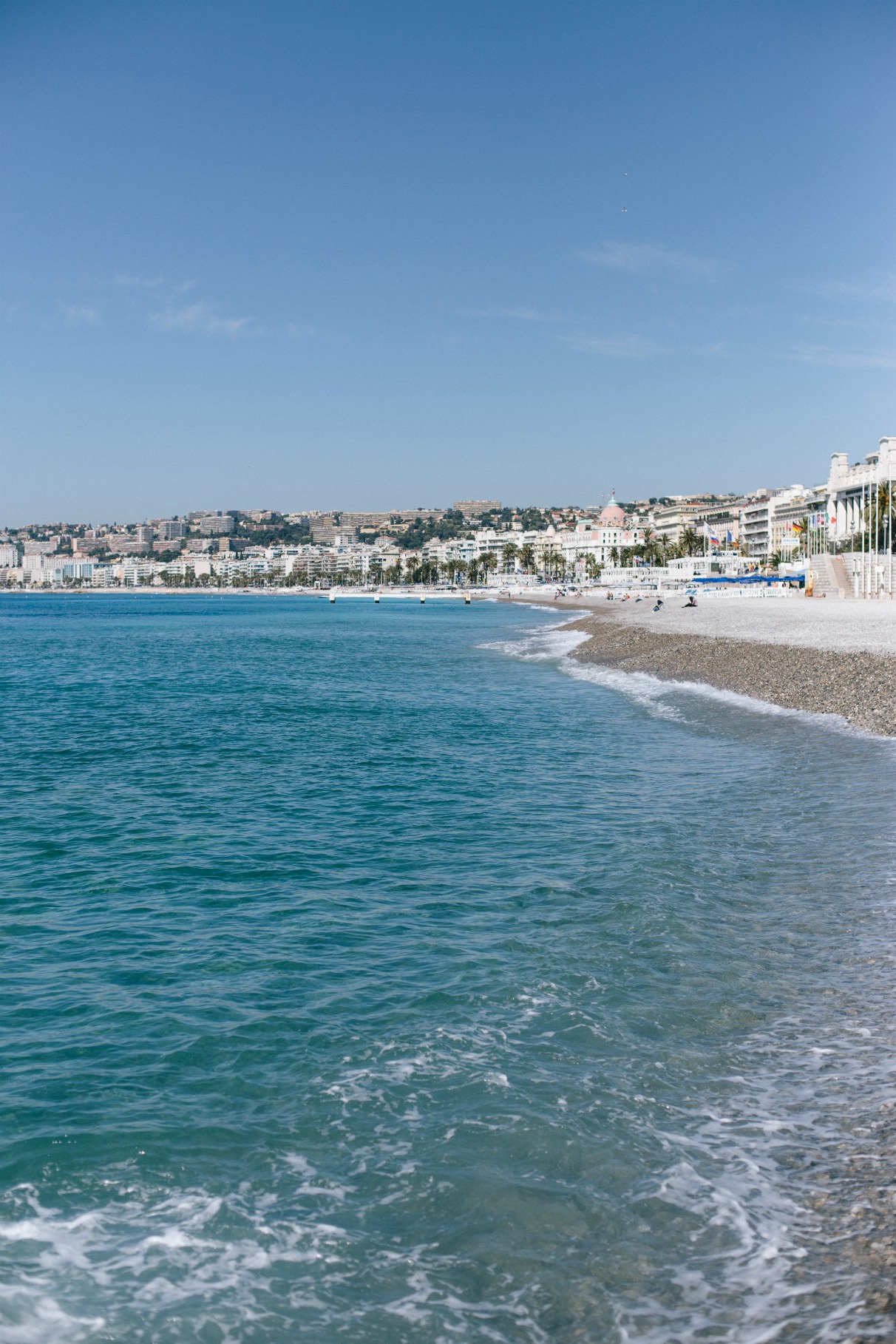 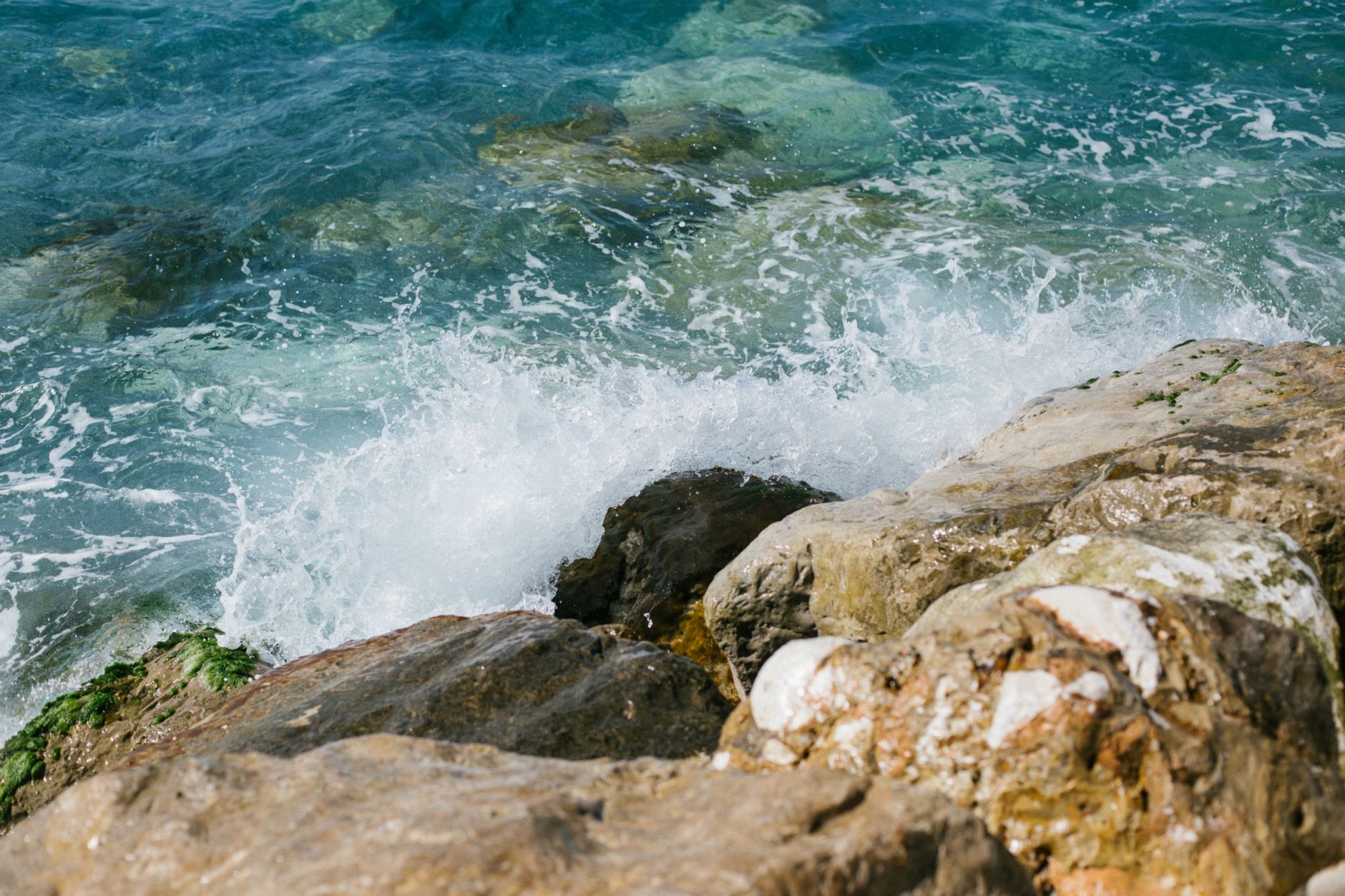 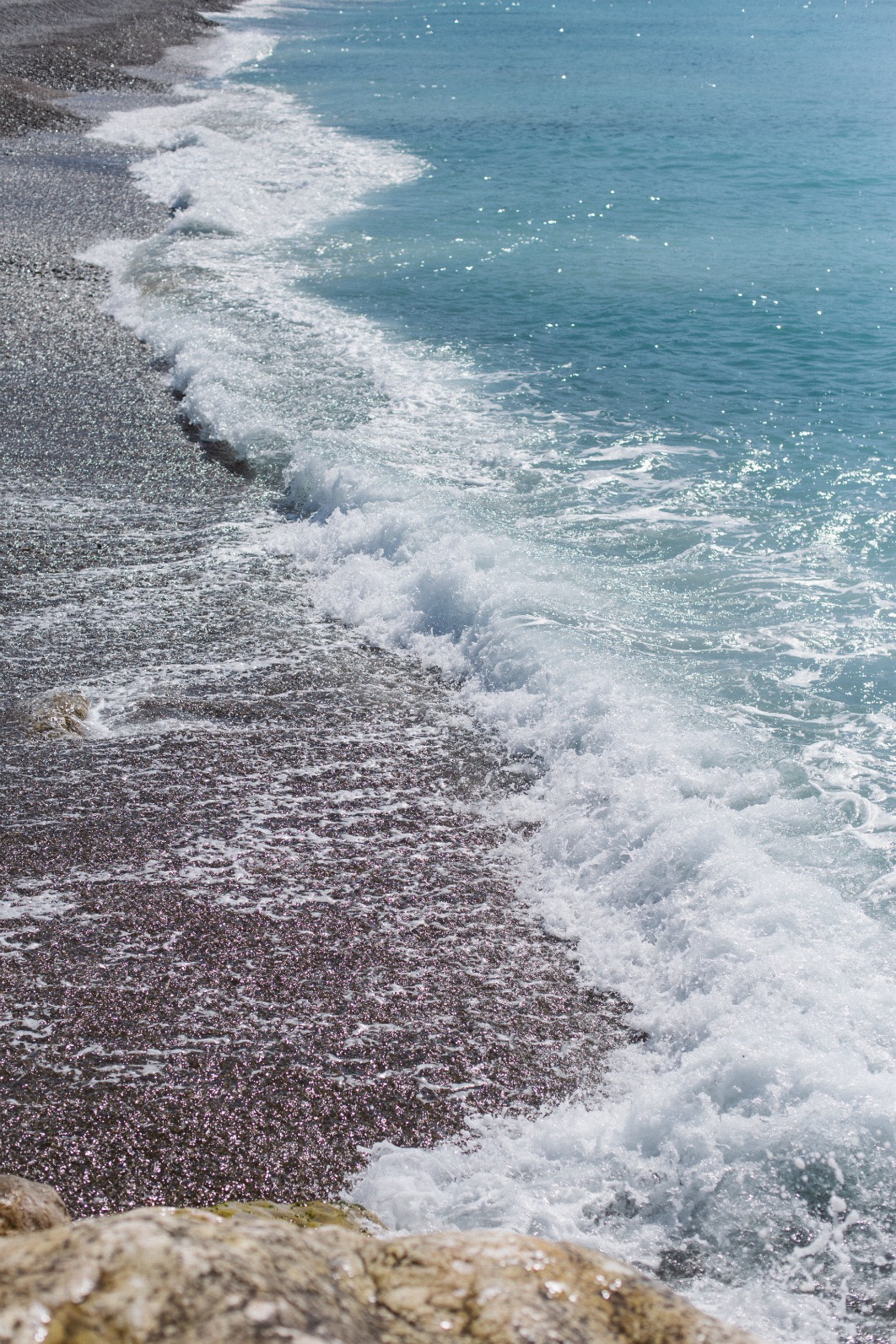 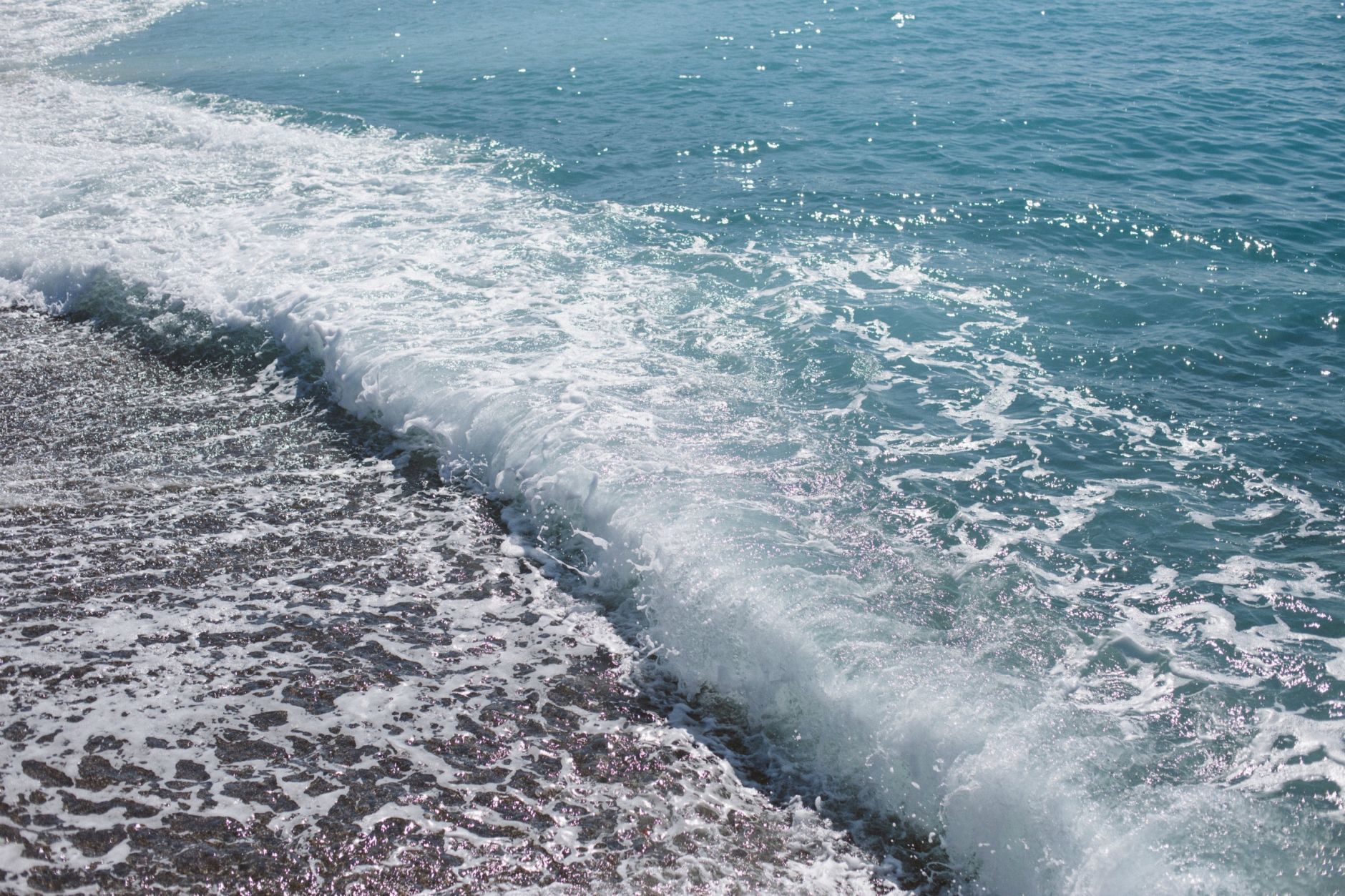