OPERA POP ON ICE AND INTIMISSIMI 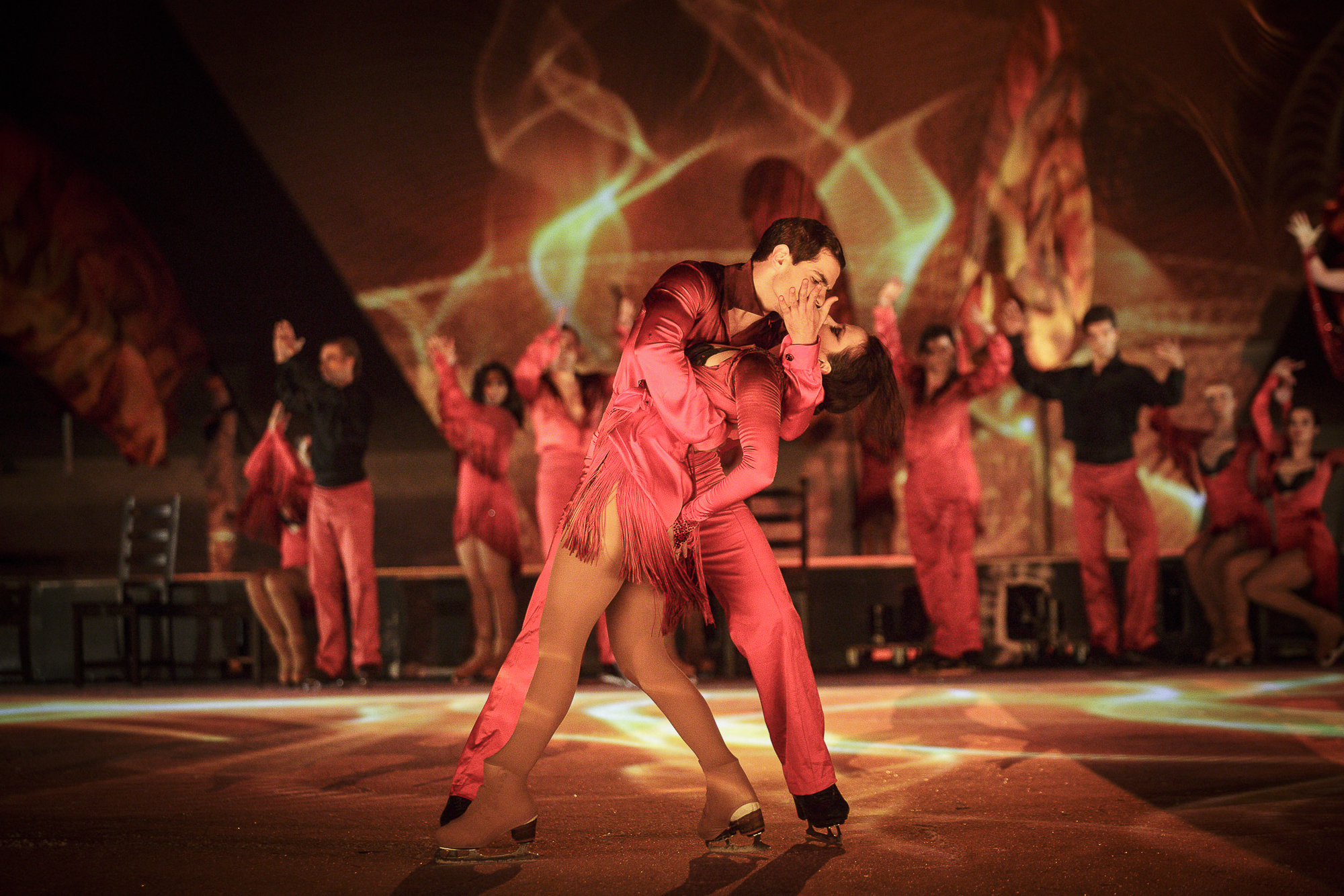 Special events happen rarely, and this was the most exhilarating, sensual, romantic and daring Opera I have ever seen before. For the first time on 20 and 21 of September 2014, Olympic ice figure skating champions together with international show business professionals and with the Italian lingerie company leader in Europe Intimissimi – celebrated ice skating and Opera show edition in the unique setting of Verona’s Arena.

For me it was the very first time to see the ice skating show live, a dreamlike beauty enveloped the impassioned harmony of skaters flying over the, literally hooked me up. Not just ice skating, but for the first time I had the chance to see live Pharell Williams, Kiesza and Intimissimi babes Ana Beatriz Barros, Irina Shayk, Bianca Balti, Katsia Zingarevich and Bianca Suarez.

It was Pharrell Williams who opened a surprise Saturday evening, a few hours before giving in turn the concert in Milan. Unforgettable evening with Opera, pop music, skating and fashion, combined with classical music and fascination of ice dance, kaleidoscopic settings and lighting effects.

The show was divided into two acts for an evening of pure entertainment: the Arena was transformed into a lake to the sound of waterfalls, than it became ice and icebergs, lit up by the flames of meteorites with fiery dances, embroidery with multicolor flares and diamond-like reflections in the Arena.

Among the other guests of the pop music scene, the American singer Anastacia, also the Italian singer Giorgia performed this weekend at Arena di Verona.

Below are the photos of the show and the red carpet of Intimissimi On Ice – Pop Opera at the Arena di Verona. 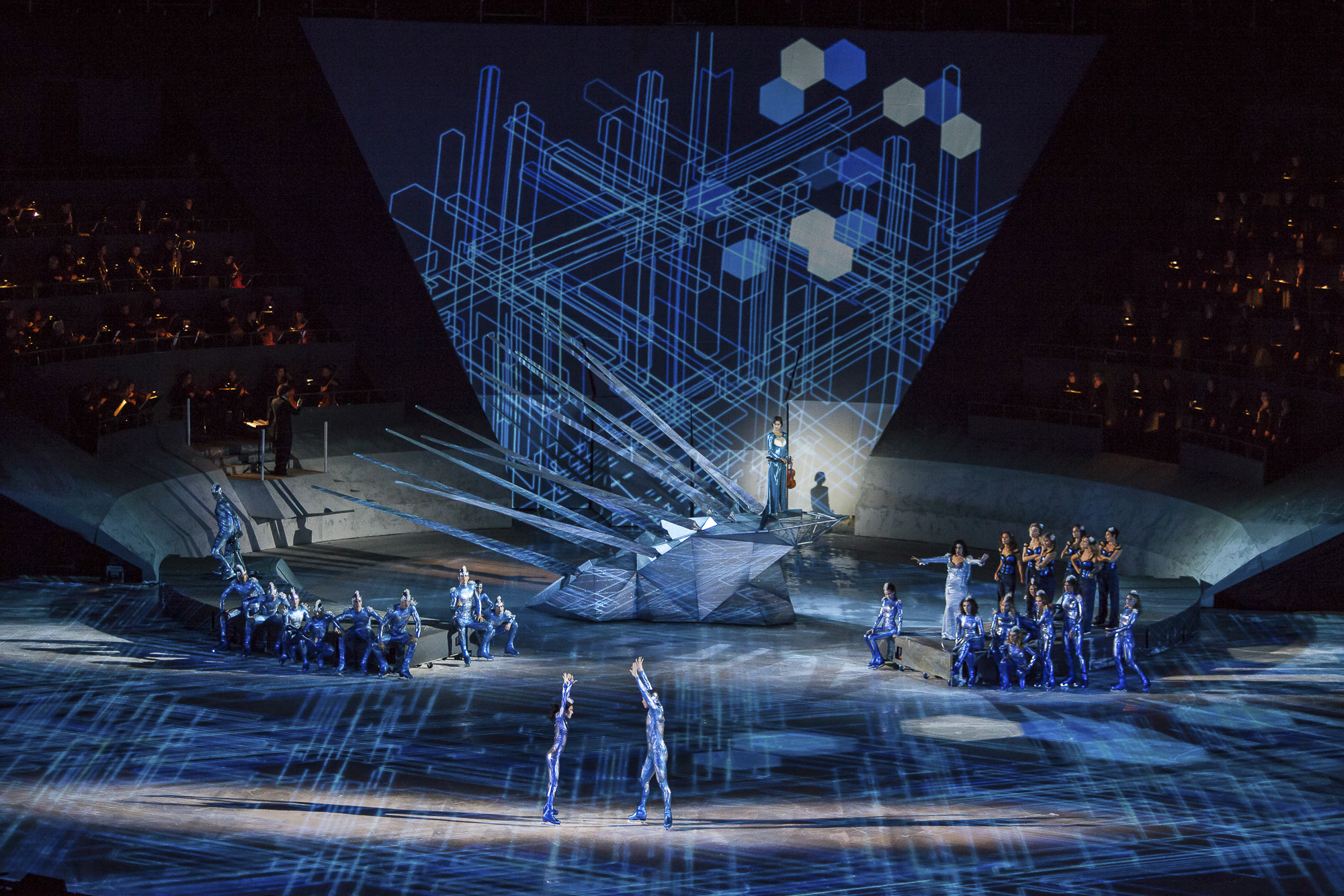 First the Arena was transformed into a lake to the sound of waterfalls, than it became ice and icebergs. 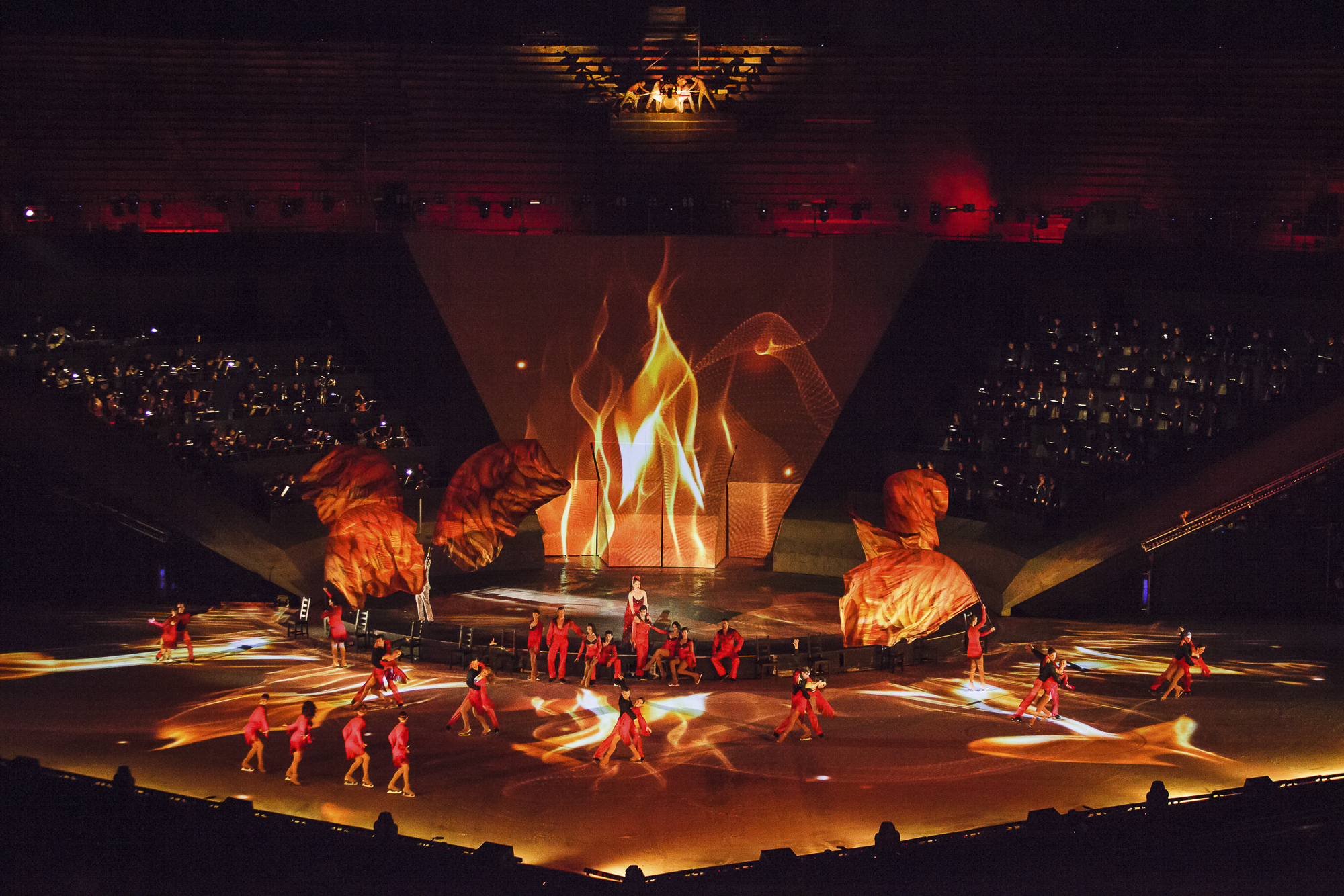 After ice and icebergs, the Arena transformed into flames of meteorites with fiery dances. 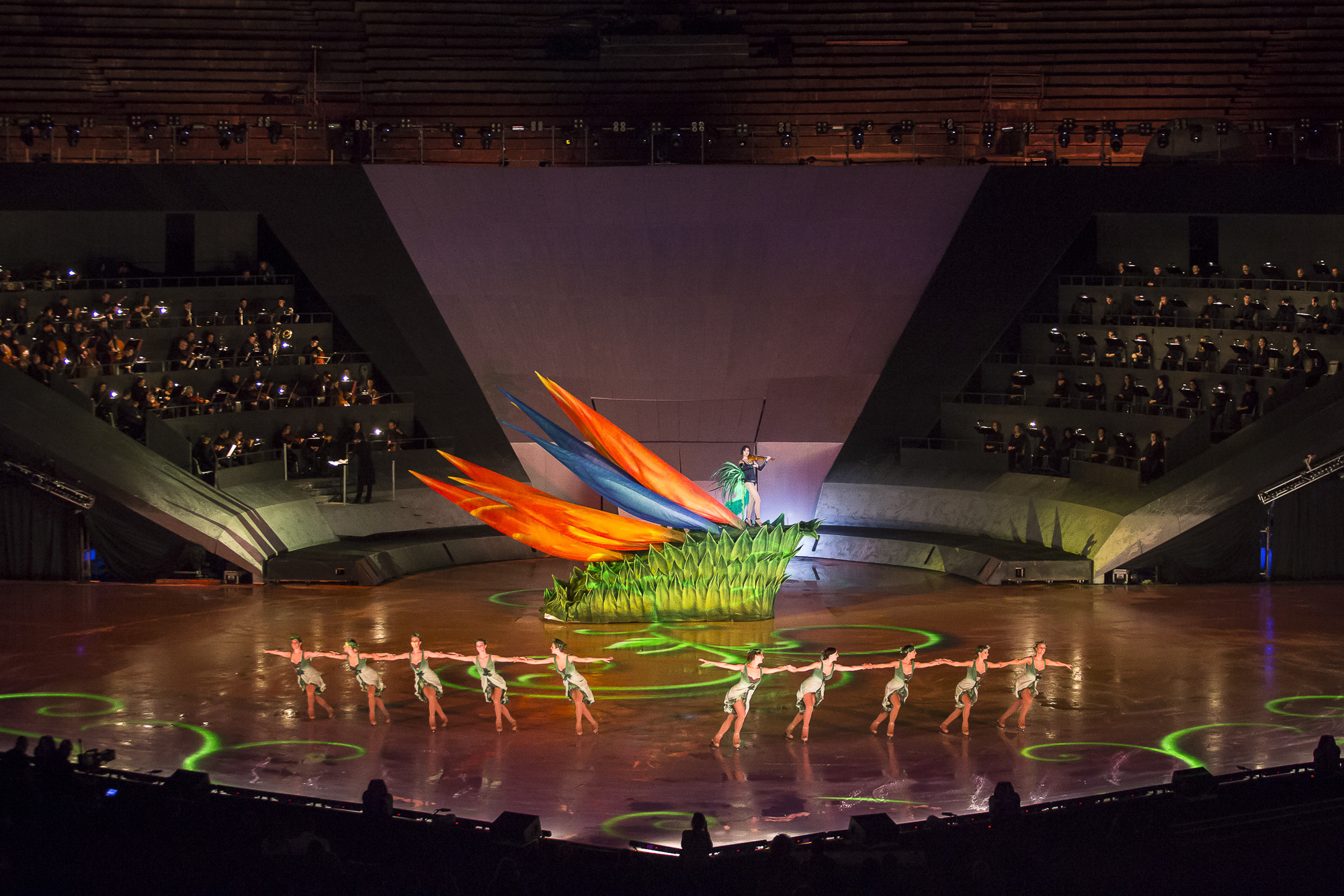 Starting from the success of one of the finest Ice Galas, “Opera on ice” devised by Giulia Mancini and held in the Arena di Verona in the past three editions, the new original musical format transformed the show into an excellent international level. 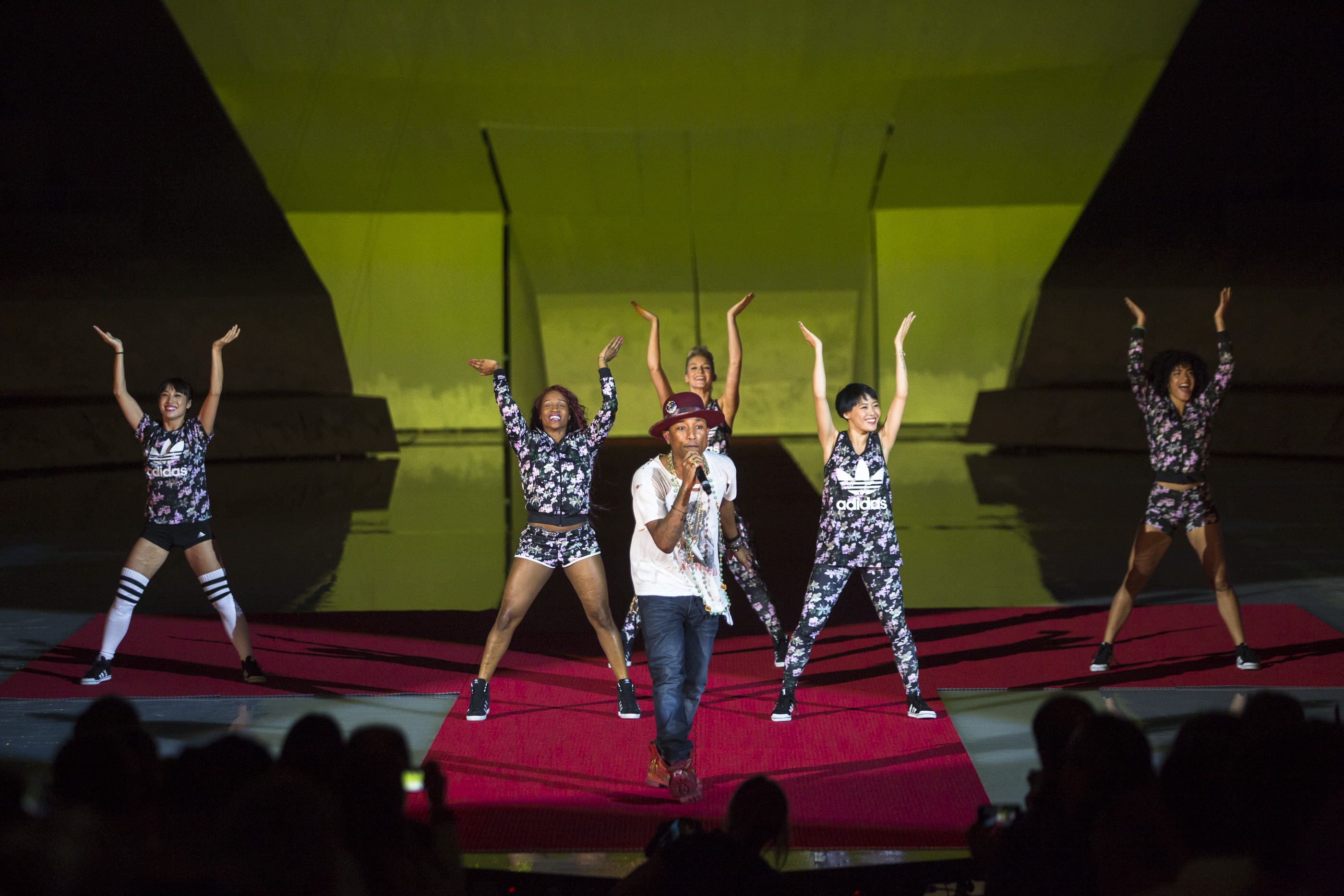 A sparkling display of beauty in movement, with costumes by Ali Mahdavi, the famous artist and photographer, aesthete of art, who has taken inspiration from the 2014 autumn winter collection of the “Intimissimi” brand, dreaming up extremely sensual creations.

Here are the costume sketches, which were worn by the ice skaters and the violinist: 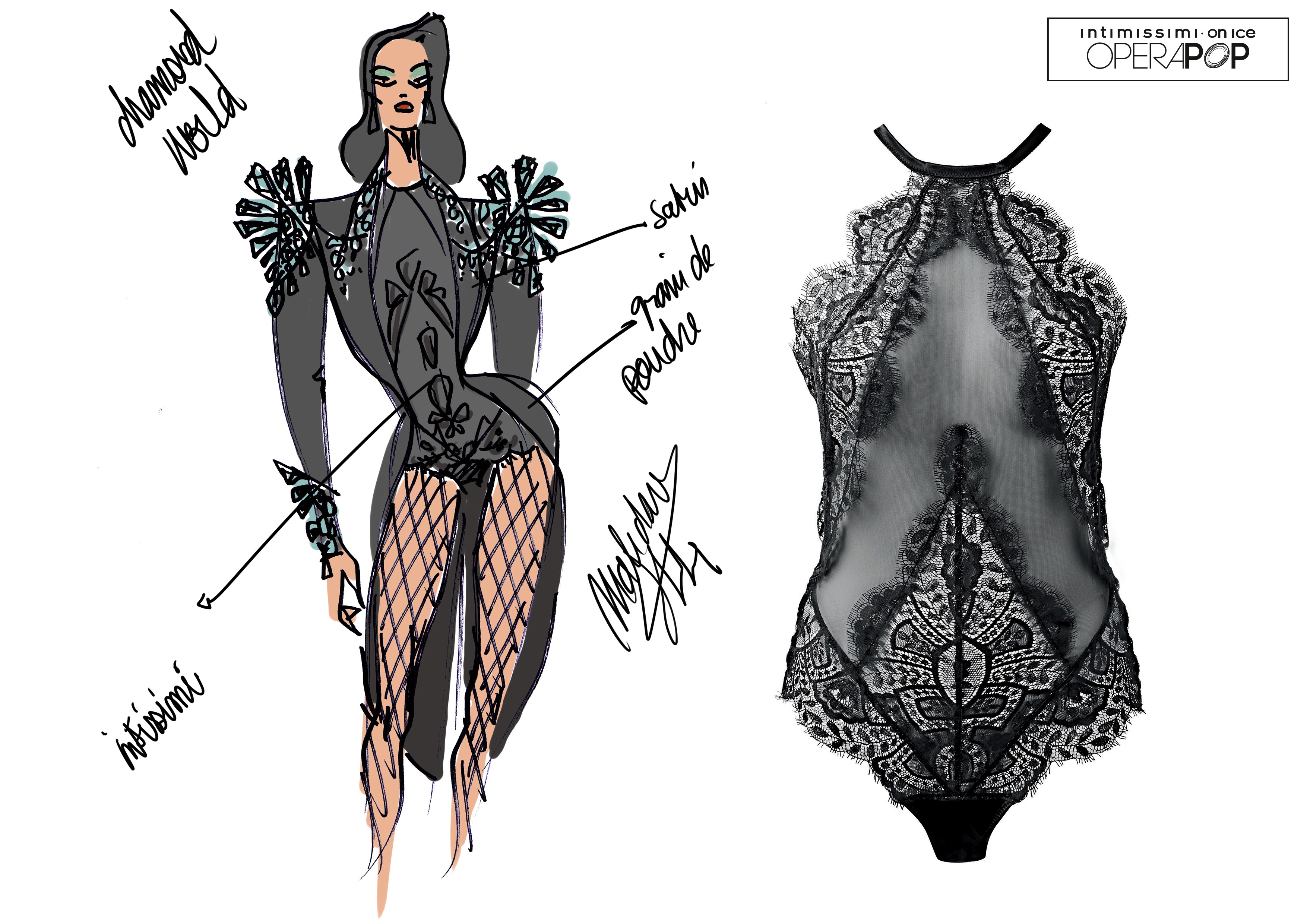 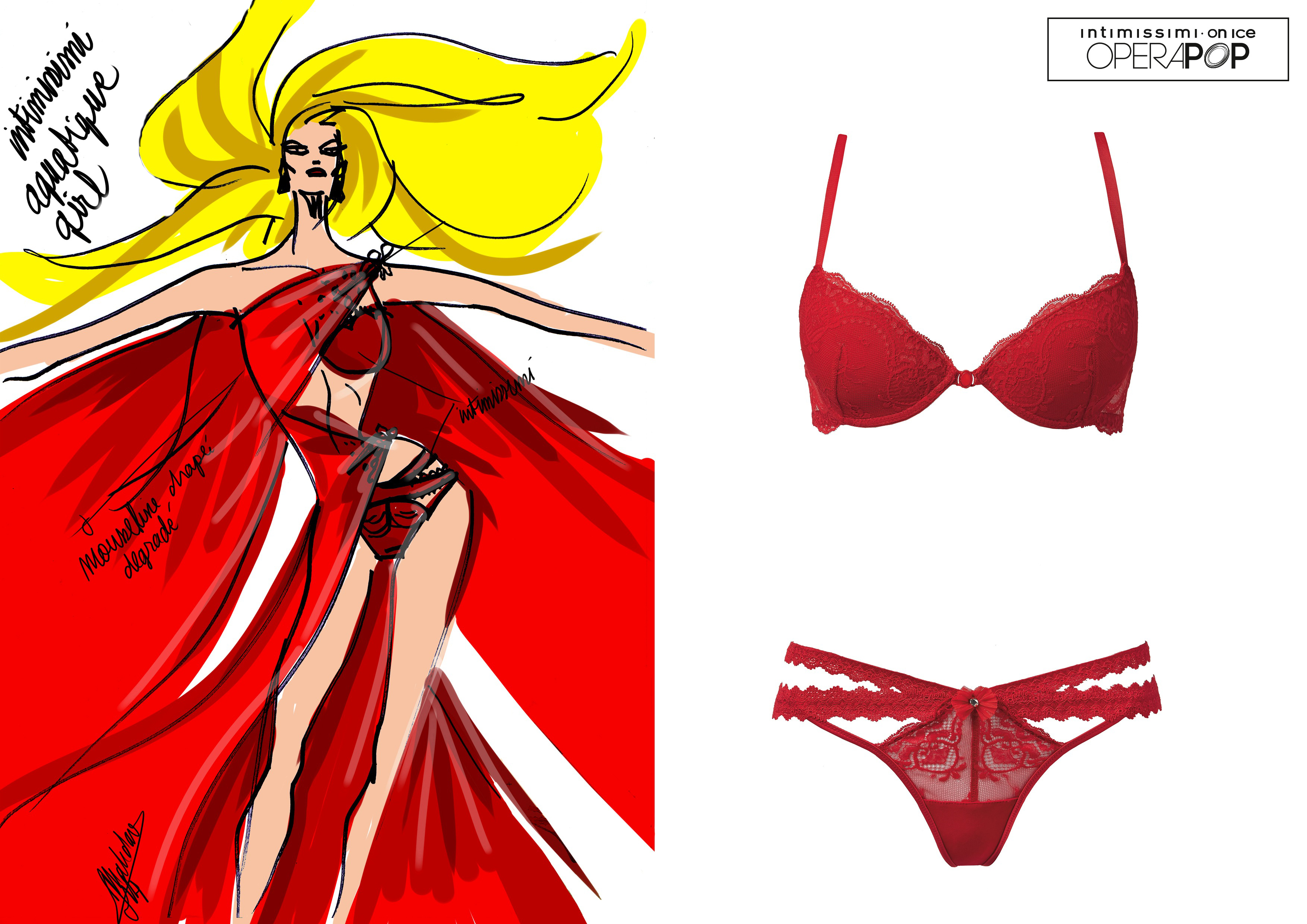 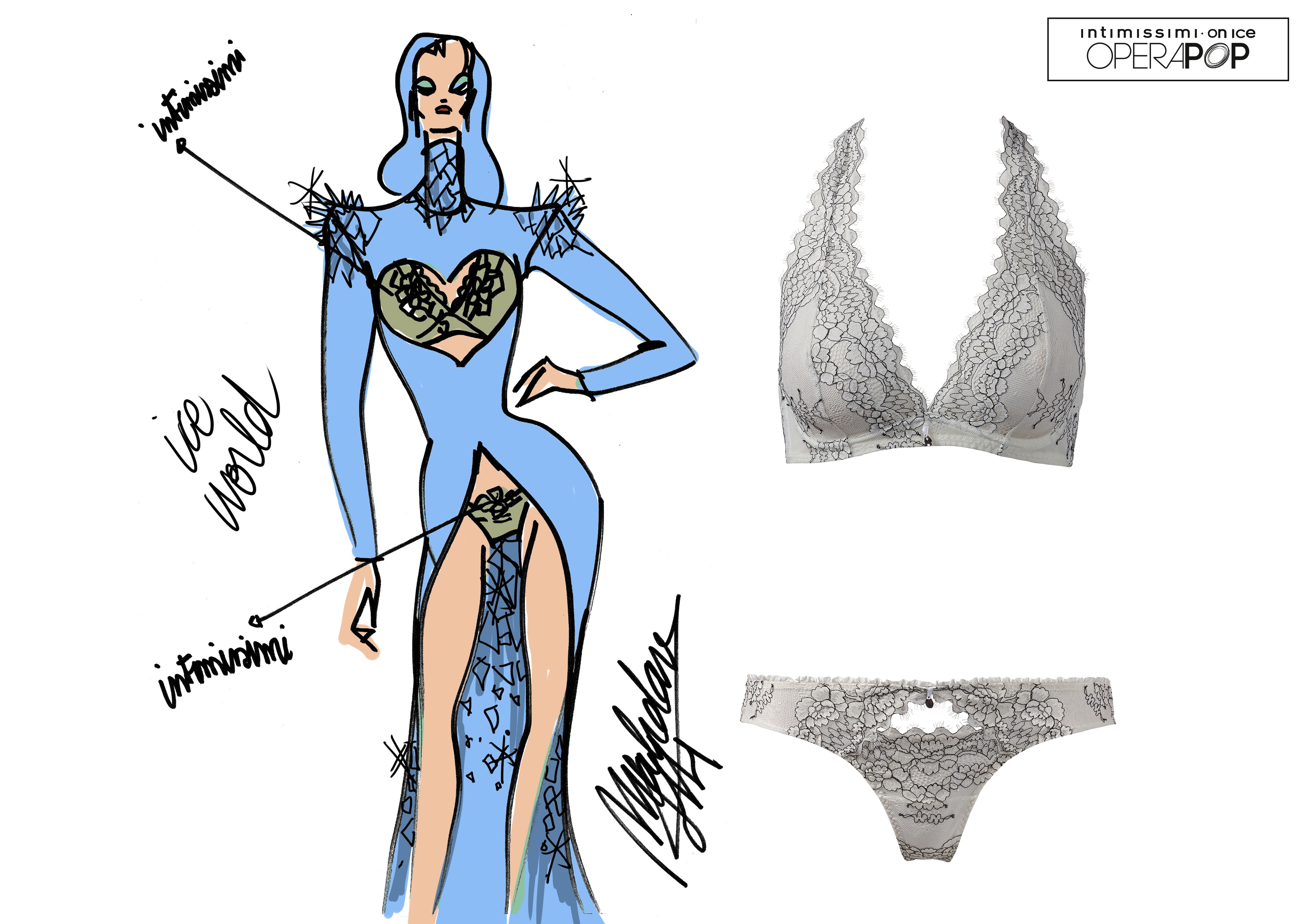 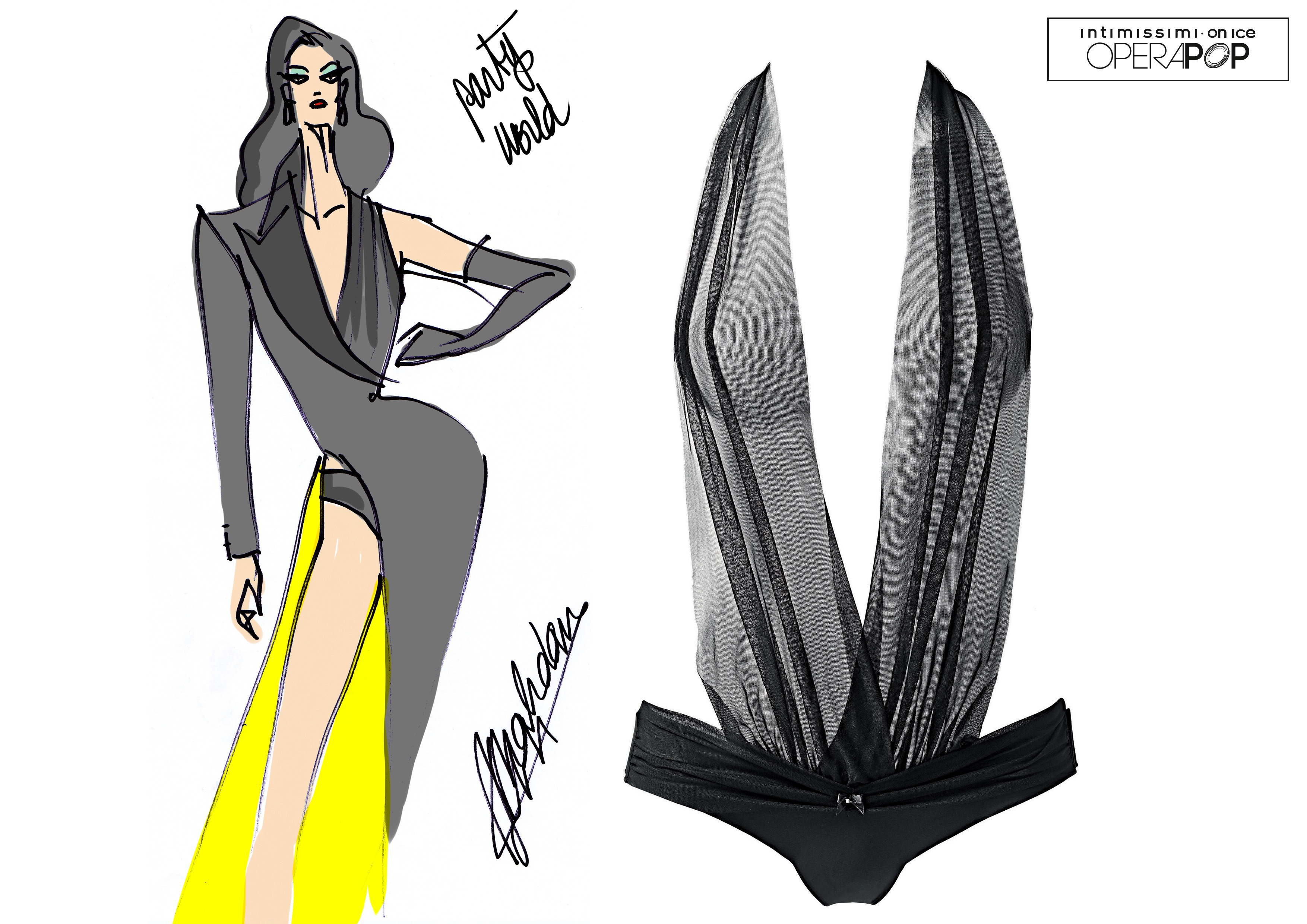 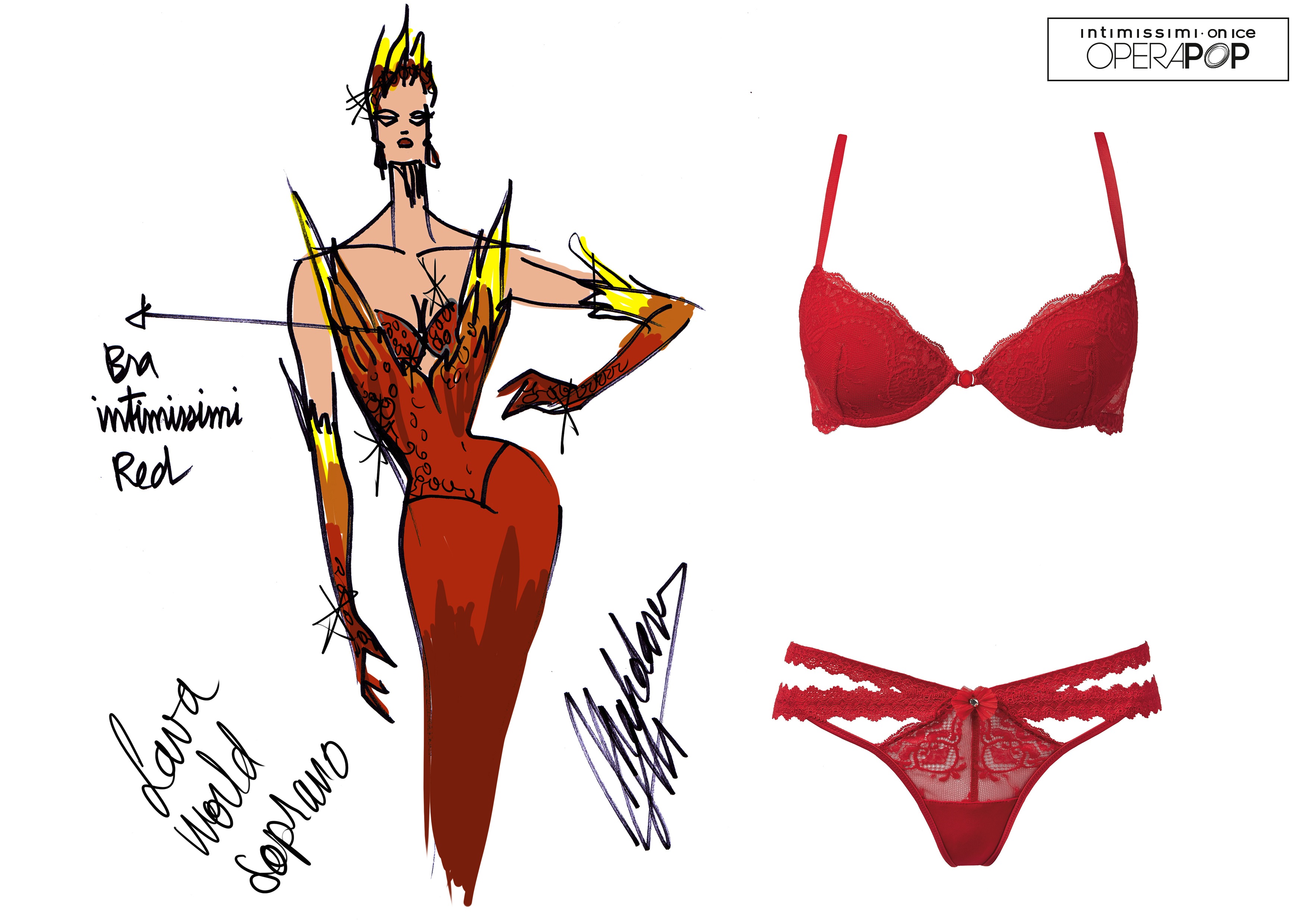 On 20 September, I mastered my press photo skills! While all Intimissimi muses were walking on the red carpet and the journalist screaming to get interviews from the models, I had the chance to take photos of – Irina Shayk, Bianca Balti, Blanca Suarez, Katsia Zingarevich and Ana Beatriz Barros. 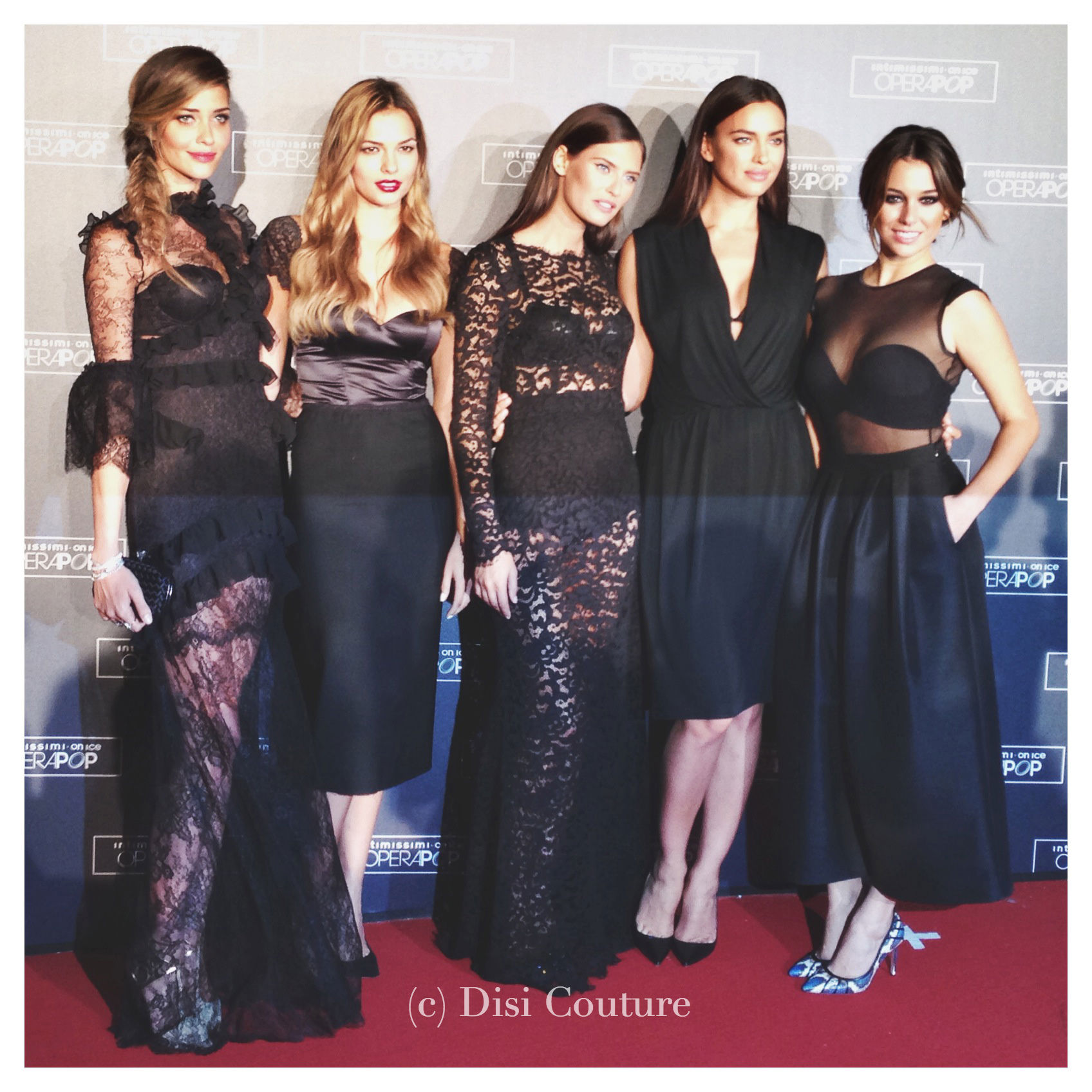 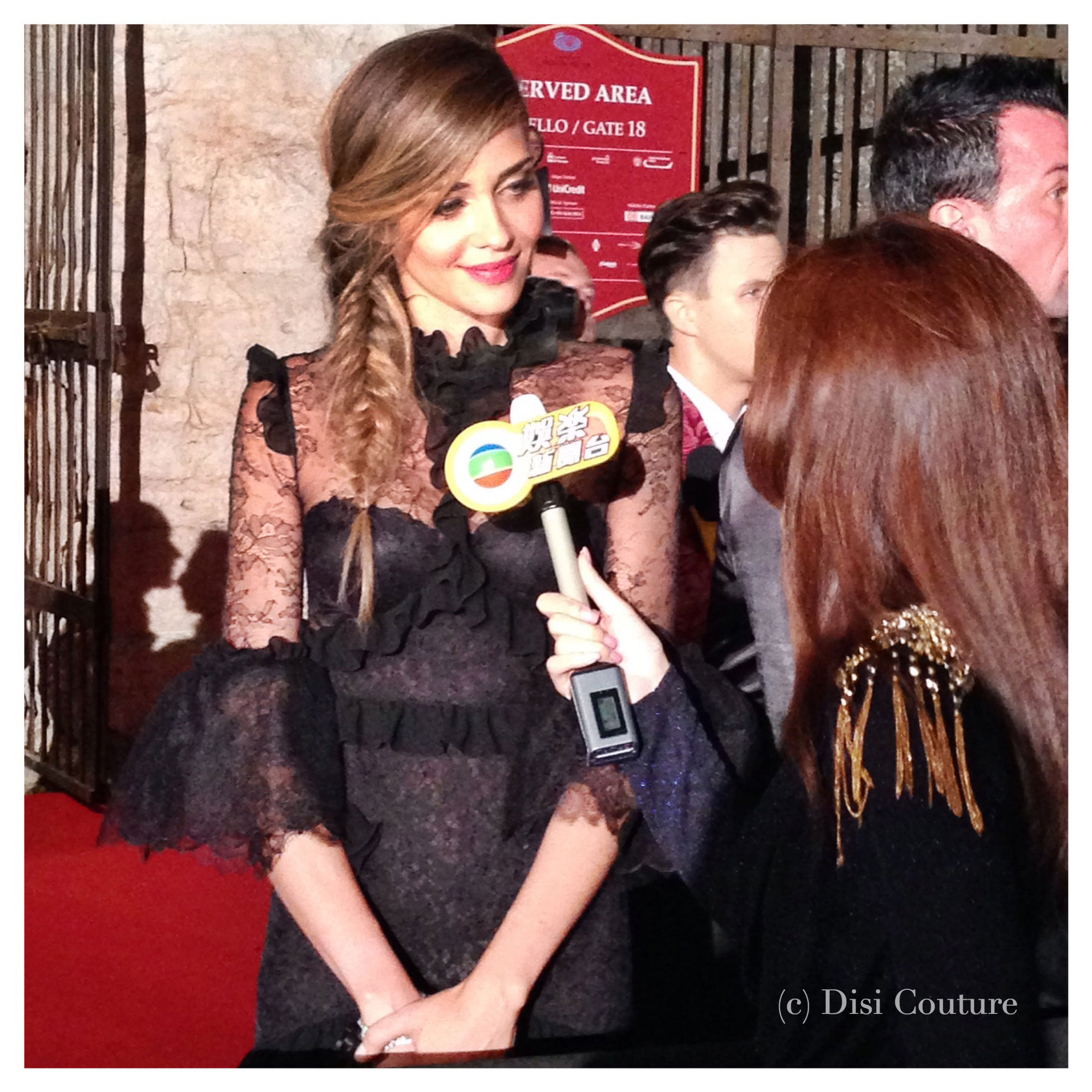 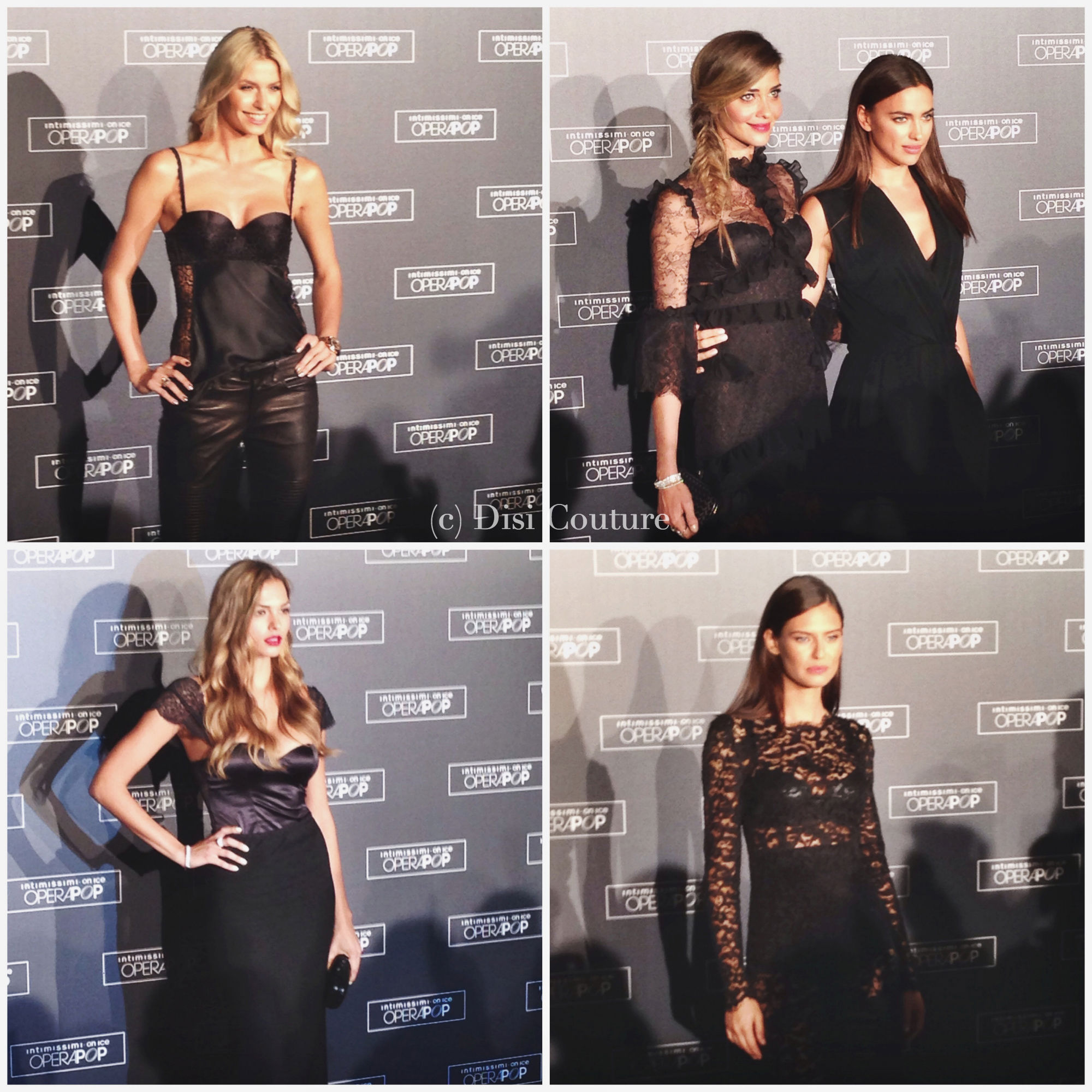 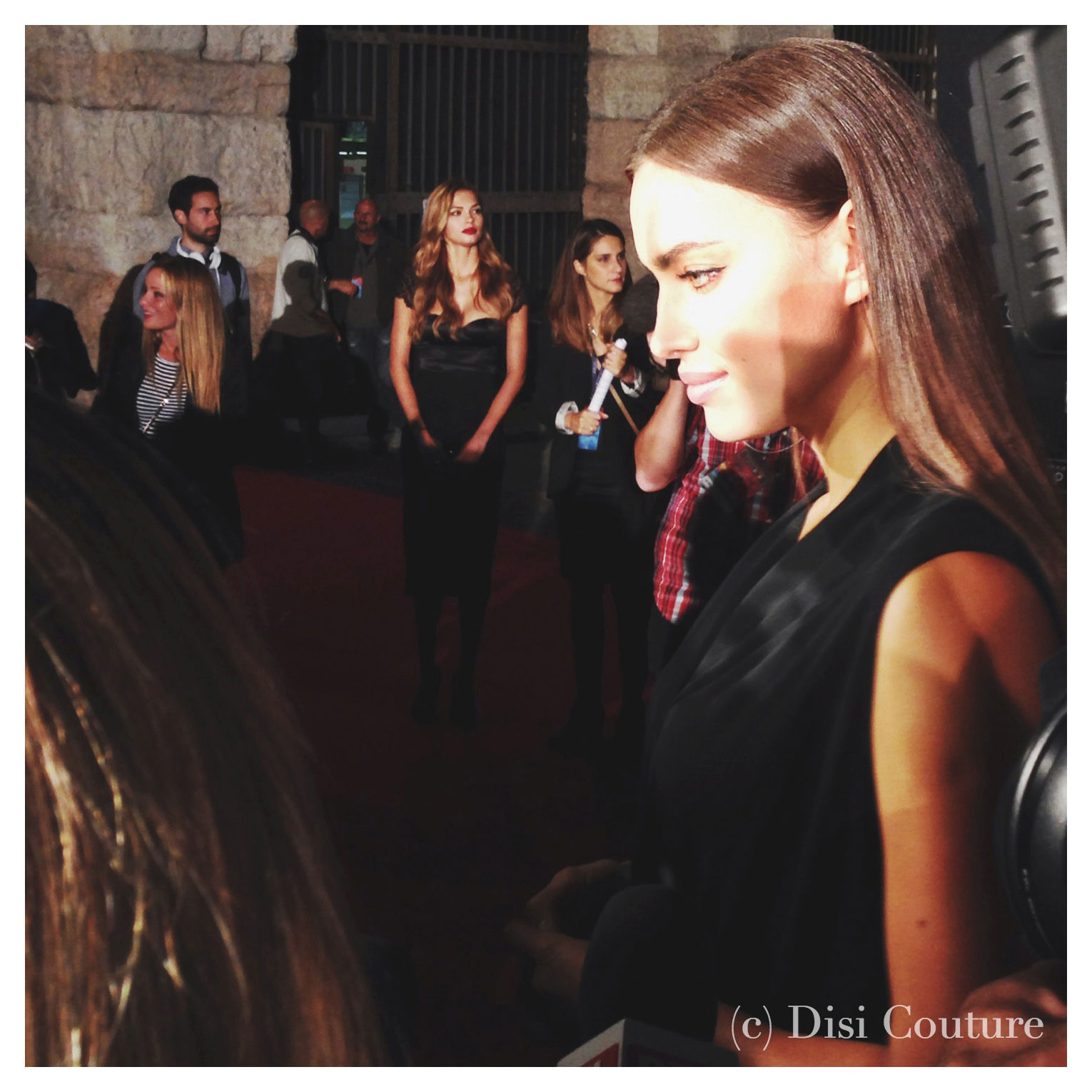 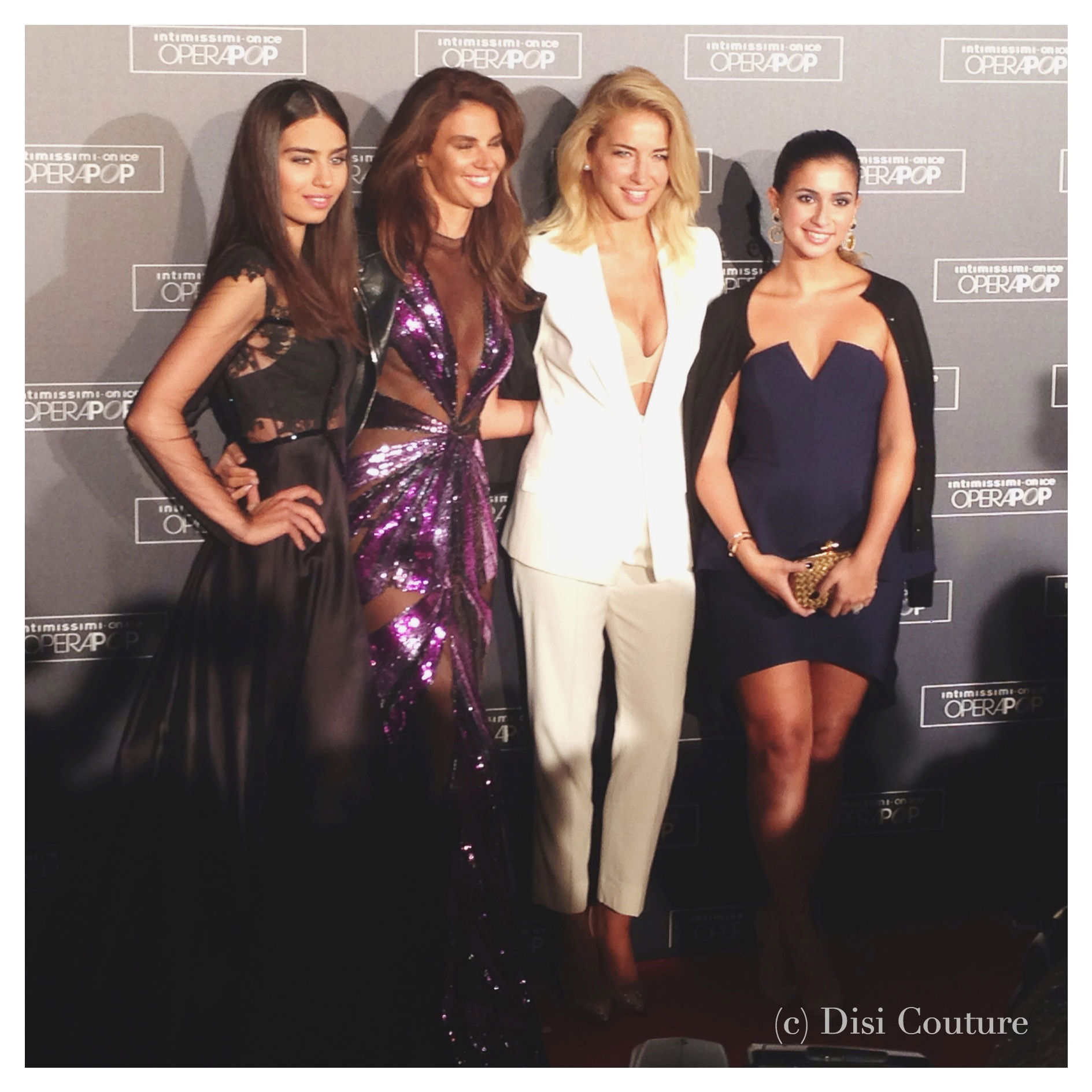 WITH INTIMISSIMI IN VERONA